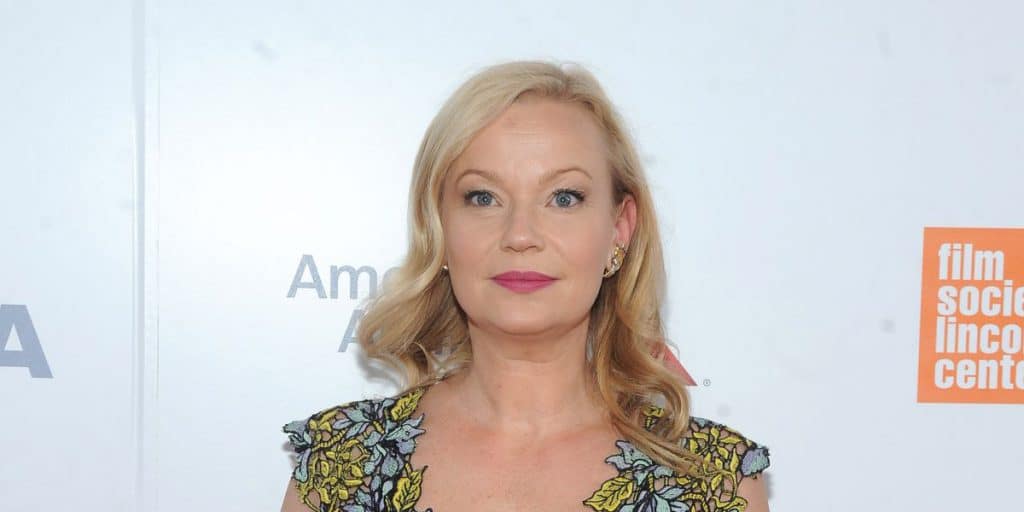 Who is Samantha Mathis?

Samantha Mathis was born in New York City, USA, on 12 May 1970 – her zodiac sign is Taurus and she holds American nationality. She’s an actress who has been credited with appearing in over 80 movies and TV series, while she’s probably still known best for her portrayal of one of the lead characters, Terry Carmichael in the 1996 action adventure thriller film “Broken Arrow”, written by Graham Yost, directed by John Woo, and which also starred John Travolta and Christian Slater. It follows a pilot and a park ranger who are trying to take back the nuclear warheads which terrorists have stolen from the US military. The movie won one of the four awards for which it was nominated.

Samantha was raised an only child in Brooklyn, New York City by her father Donald Mathis, and her mother Bibi Besch who was a popular Austrian-American actress. Her parents divorced in 1973, and Samantha went to live with her mother.

She was five when they moved to Los Angeles in California, and Samantha was 12 when she decided she would pursue a career as an actress. Her mother discouraged her, but Samantha began appearing in plays, and in 1986 while attending a local high school, she appeared in a commercial for “Always Slender Pads – Just for Teens”. In 1988 around a year before she matriculated, she made her debut TV series appearance with her portrayal of Roseanne Miller in all 14 episodes of the family drama “Aaron’s Way”, while the same year saw her appear in the mystery thriller movie “The Bulldance”, the drama film “Circle of Love”, and the crime drama series “Knightwatch”.

Unsurprisingly, Samantha chose to focus on acting, and didn’t enroll at college.

The following years saw Samantha make a guest appearance in an episode or two of various series, such as the action adventure comedy “CBS Summer Playhouse”, the fantasy horror drama “The Outer Limits”, and the mystery fantasy horror “Night Visions”.

She gained recognition in 2001 when she portrayed the lead character, Ann Weller in all nine episodes of the drama “First Years”, created by Jill Gordon and which also starred Ken Marino and Sydney Tamiia Poitier. The series follows five teenagers who are living together in San Francisco, and have just enrolled at college. A couple of her following roles were in the fantasy drama “The Mists of Avalon”, the drama “PBS Hollywood Presents”, and the fantasy horror drama “The Twilight Zone”.

In 2009, she was cast to play Melinda Prescott in three episodes of the romantic drama “Grey’s Anatomy”, created by Shonda Rhimes and which stars James Pickens Jr., Ellen Pompeo and Chandra Wilson. It follows the lives of five interns and their supervisors working in the surgical department of a hospital, the series has been airing since 2005, and has won 79 awards including two Golden Globes, while it’s been nominated for 232 other awards. The year 2013 saw her portray the supporting character Dr. Alice Calvert in the mystery science fiction drama “Under the Dome”, and in 2015, she played another supporting character, Justine Feraldo in the fantasy horror drama “The Strain”, created by Chuck Hogan and Guillermo del Toro, and which starred Corey Stoll, David Bradley and Kevin Durand. It follows vampires who have begun wreaking havoc around New York City; it won three of the 30 awards for which it was nominated.

Samantha’s three most recent TV series roles have been in the 2019 episode “The Flying Carpet” of the crime comedy drama “Bull”, the 2020 episode “Swimming with the Sharks” of the mystery crime drama “Law & Order: Special Victims Unit”, and importantly 15 episodes of the drama “Billions” in 2020.

The year 2000 saw her portray Courtney Rawlinson in the crime comedy drama “American Psycho”, written and directed by Mary Harron and which starred Christian Bale, Justin Theroux and Josh Lucas. It follows a rich investment banker living in New York City and his psychopathic ego which causes him to act violently – the movie won eight of the 21 awards for which it was nominated. The 2000s also saw Samantha appear in many popular movies, with some of her most notable performances being in the 2004 action crime drama “The Punisher”, the 2005 comedy “Kids in America”, and the 2006 drama “Local Color”.

The year 2016 saw her portray the supporting character Penny Hamlin in the crime drama “American Pastoral”, written by John Romano based on the novel by Philip Roth, and directed by Ewan McGregor who also starred in it alongside Jennifer Connelly and Dakota Fanning.

The movie follows the lives of an All-American college star, his wife and their daughter, living in the US in the ‘60s – it won one of the four awards for which it was nominated.

Three of Samantha’s most recent film roles have been in the comedy “Being Frank”, the mystery horror thriller “Boarding School”, and the mystery crime drama “The Clovehitch Killer”, all in 2018. She has just recently finished shooting for the upcoming thriller “The Georgetown Project”, set to be released by the end of 2021.

In 1993, Samantha sang five songs in the movie “The Thing Called Love”.

She has appeared in various documentaries, such as the 1997 movie “The Making of ‘Super Mario Brothers’, the 2004 short video “Inside ‘Harsh Realm’”, and the 2008 movie “The Secret World of Superfans”.

Samantha has also featured in various TV specials, such as “The 9th Annual IFP/West Independent Spirit Awards” in 1994, the “2nd Annual Screen Actors Guild Awards” in 1996, and the “AFI Life Achievement Award: A Tribute to Jane Fonda” in 2014.

Samantha has made a guest appearance in various talk-shows, such as “The Tonight Show with Jay Leno”, “The Daily Show”, and “Hollywood Insider”.

She has been nominated for three awards: a 1993 Young Artist Award for Best Young Actress Starring in a Motion Picture for her performance in the movie “This Is My Life”, a 1996 Screen Actors Guild Award for Outstanding Performance by a Cast for the movie “How to Make an American Quilt” (shared with colleagues), and a 2005 Academy of Science Fiction, Fantasy & Horror Films Saturn Award for Best Supporting Actress on Television for her performance in the series “Salem’s Lot”.

A post shared by One Day Since Yesterday (@onedaysinceyesterday)

Samantha has always been quite open when it comes to her love life, and she attracted attention in 1992 when she began dating the late American actor, activist and musician River Jude Phoenix. The two were together for a year until 31 October 1993, when they went together to the nightclub The Viper Room at which River overdosed on heroin and died. Samantha refused to give the police all the details she knew, and it was only in a 2018 interview with the British daily newspaper “The Guardian” that she stated how she felt that something was wrong the night he died, that he was different and made her feel uncomfortable, but that she had no idea that he was on drugs and didn’t see anything of them.

Following River’s death, she dated the famous actor Christian Bale in 1994, while the following year saw her date Noah Wyle, an American actor. The two broke up sometime in 1996, and Samantha apparently then spent the following eight years single before she began dating the American singer-songwriter and film producer Adam Duritz in 2004, another relationship which lasted for only around a year.

Most recently in 2009, she was in a relationship with Colin Hanks, a popular American actor, film producer and director. Since then she’s been rather quiet, and as of May 2021, Samantha seems to be single, hasn’t married and doesn’t have children.

Samantha has been dreaming about becoming a fashion designer since a very early age, and today co-owns her own flora design company – Succulent LA – with Ryann Davis. She’s also a philanthropist who has worked with various charity organizations while five percent of the aforementioned company’s earnings go to the Green Coast Foundation.

She’s passionate about travelling, and her acting career has taken her all around the US, visiting nearly every state, while Samantha has also been to various European countries. Her favorite cities to visit in Europe are Florence in Italy, London in England, and Paris in France.

She’s a dog lover and has two pet dogs.

Samantha was physically highly active during her 20s and 30s, as she had multiple training sessions at the gym each week, however, she no longer works out.

She has her own favorite actors and actresses, some of whom are the late Heath Ledger, Al Pacino and Meryl Streep, and a couple of her favorite movies include “The Dark Knight”, “10 Things I Hate About You” and “Scent of a Woman”.