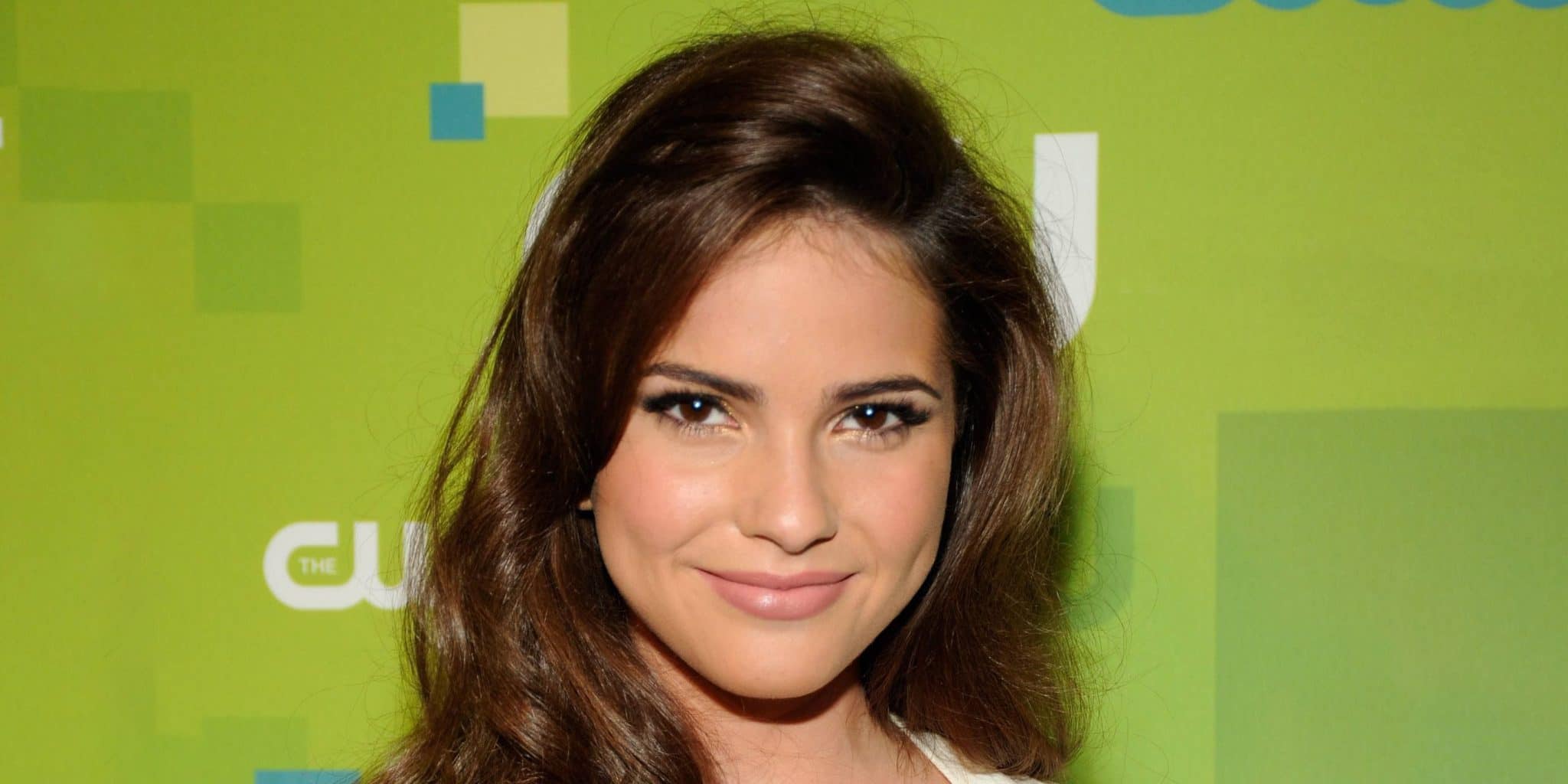 Who is Shelley Hennig?

Shelley Catherine Hennig was born on 2 January 1987 under the zodiac sign of Capricorn, in Metairie, Louisiana USA. She is a 34-year-old beauty pageant titleholder and actress, probably best recognized for landing the role of Stephanie Johnson in the NBC daytime soap opera “Days Of Our Lives” (2007-2017), playing Diana Meade in The CW’s supernatural fantasy teen drama series “The Secret Circle” (2011-2012), and featuring as Malia Tate in the MTV supernatural drama series “Teen Wolf” (2014-2017).

How rich is she, as of now? Shelley Hennig Net Worth

As of mid-2021, Shelley Hennig’s net worth is estimated at over $1 million, acquired through her successful involvement in the world of entertainment as a professional actress, who has garnered 25 television and film acting credits since she launched her career in the mid-2000s.

Shelley Hennig spent her early years in her hometown of Metairie, and then lived in St. Rose before she relocated to Destrehan, both in Louisiana. She was raised by her father, Glenn H. Hennig, Sr., and her mother, Cathy Distefano Gosset; however, their professions haven’t been revealed to the public yet.

She has two elder brothers named Glenn H. Hennig, Jr., and Brad Joseph Hennig, who passed away in a drunk-driving incident in 2001 at the age of 18. She holds American nationality and belongs to White Caucasian ethnic group. She is of British, German, Swiss-German and Italian descent.

Regarding her education, Shelley Hennig went to Destrehan High School, where she was named an academic excellence student. She later attended the New York Conservatory for Dramatic Arts. During her childhood, Shelley was a competitive dancer, who has won numerous awards in dancing competitions. Moreover, she wrote poems, and two of them were published in the Young Authors Book of Poetry.

Shelley Hennig started her career as a model when she began competing in various beauty pageants. She won the 2004 Miss Louisiana Teen USA, held in Lafayette in November 2003. In August of the following year, she entered the 2004 Miss Teen USA in Palm Springs, California, representing her state and won the title, which brought her not only a one-year modeling contract with Trump Modeling Management, but also a scholarship at the New York Conservatory for Dramatic Arts. During her reign, she represented the Miss Universe Organization and traveled around the world with Miss Universe Jennifer Hawkins and Miss USA Shandi Finnessey. It also led her to make numerous guest appearances in TV shows, including in the NBC soap opera “Passions”, which was a part of her prize.

Her reign ended in August 2005, but she later served as a co-host of the 2008 Miss Teen USA, along with Seth Goldman.

Rise to Fame as an Actress

After making her acting debut in “Passions” in 2004, Shelley Hennig continued to pursue her career in the field. Her first major role came three years later when she joined the main cast of the NBC daytime soap opera “Days Of Our Lives”, in which she played the role of Stephanie Johnson until 2017. It is one of the longest-running scripted TV series in the world with more than 14,000 episodes. For her performance, Shelly received two Daytime Emmy Award nominations for Outstanding Younger Actress in a Drama Series in 2010 and 2012.

Concurrently, she continued to work on other major projects. She took the main role of Diana Meade in the supernatural fantasy teen drama TV series “The Secret Circle” that ran on The CW network from 2011 to 2012. It is based on the book of the same title written by L.J. Smith, and although the series was one of the highest-rated on the network, it was canceled after one season. She then had a recurring part as Christy Ackerman in the short-lived MTV comedy series “Zach Stone Is Gonna Be Famous” in 2013. At the time, she also guest-starred in such TV series as “Justified”, “Blue Bloods” and “Friends With Better Lives”.

Shelley Hennig’s next remarkable appearance came in 2014, when she was chosen to play Malia Tate in the supernatural drama TV series “Teen Wolf”, which was developed by Jeff Davis for MTV. She remained in the series until it was concluded in 2017, starring in more than 50 episodes. The series received positive reviews from critics and won numerous awards, and for her portrayal of Malia, she won the Teen Choice Award for Choice Summer TV Star: Female in 2016. In the following year, she was nominated for the same award.

In 2014, Shelley made her debut film appearance with the role of Blaire Lily in the supernatural horror computer screen film “Unfriended”, alongside Moses Storm, Will Peltz, and Renee Olstead.

It received mixed reviews and became a huge commercial success, grossing over $64 million against the budget of $1 million. Later that year, she played Debbie Galardi in another box office success entitled “Ouija”, a supernatural horror film directed by Stiles White. It follows a group of teenagers who release spirits from the Ouija board.

In 2015, Shelley Hennig featured as Melinda Riley in the comedy “About Scout”, which was followed by her portrayals of Lily Hunter in the 2016 comedy “Summer Of 8” and Olivia Reed in the 2017 legal drama “Roman J. Israel, Esq.”, sharing the screen with Colin Farrell and Denzel Washington. She then took the role of Carrie Grey in the Netflix romantic comedy “When We First Met”, alongside Adam DeVine and Alexandra Daddario, and played Alicia Levine in the Netflix comedy “The After Party”, both in 2018.

During the same year, she was also cast as Carly Ambrose in the comedy streaming series “Liberty Crossing”, produced by Academy Award-nominated Mason Novick and released on the go90 streaming platform.

In 2019, Shelley Hennig was selected to portray Ramona in the Hulu comedy series “Dollface”, created by Jordan Weiss. The same year, she featured as the girl in the short comedy crime film “Walter”, and most recently she guest-starred as A.E. Goldsmith / Ginny in two episodes of the Apple TV+ comedy series “Mythic Quest: Raven’s Banquet” (2021).

It’s announced that she will play Alice in the upcoming comedy horror film “Gatlopp”, and Lisa in the Netflix dark comedy thriller miniseries “The Woman In The House”, both of which are currently under post-production.

Shelley Hennig has dated several men, known to fans – in 2007 she became romantically involved with actor Jay Kenneth Johnson, and their romance lasted for five years until they called it quits in 2012. Following their split, Shelley reportedly went on to date her “The Secret Circle” co-star and on-screen boyfriend Thomas Dekker from 2012 to 2013.

Thereafter, she was rumored to be in a relationship with actor Ben McKenzie in 2013, since when she has kept her love life a mystery. It’s believed that she is single at the moment.

Following the death of her brother, Shelley became an advocate against underage drinking, and has collaborated with the Council on Alcohol and Drug Abuse (C.A.D.A.), a non-profit organization located in Louisiana. Their main goal is to raise awareness about the consequences of alcohol and drug abuse. Additionally, she has worked with other organizations, such as D.A.R.E., SHiNE, Sparrow Clubs, and Seeds of Peace, to name a few.