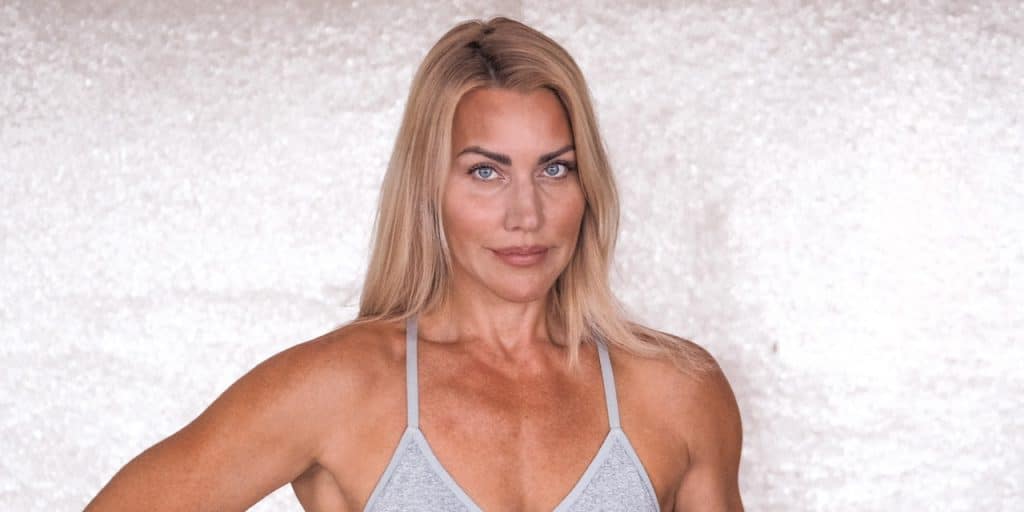 Who is Silje Torp Færavaag?

Silje Torp Færavaag was born in Oslo, Norway, on 19 October 1974 – her zodiac sign is Libra and she holds Norwegian nationality. She is an actress, author and a personal trainer, who is perhaps known best for her portrayal of Frøya, one of the lead characters in the comedy series “Vikingane”, created by Jon Iver Helgaker and Jonas Torgersen, and which also starred Kare Conradi and Nils Jorgen Kaalstad. It follows the lives of Vikings in the late 8th century, and the series aired from 2016 to 2020, winning two awards and being nominated for five others.

Silje is very secretive when it comes to her family, and hasn’t shared any details concerning her parents or any siblings she might have.

She was raised in Oslo, and became interested in acting at quite an early age. Silje attended a high school in Oslo for only a year before she moved to Italy, and stayed there for three years while attending an art academy at which she was mostly focused on training to become a sculptor. She returned to Oslo, and aged 23 enrolled at the Norwegian National Academy of Theatre, from which she graduated with a Bachelor’s degree in theatre in 2000.

Her following roles were in the Norwegian movies “Glimpse”, “Mot Moskva” and “Hawaii Oslo”, and she gained recognition in 2005 after her portrayal of Eva Larsen in the comedy “The Professor and the Story of the Origami Girl” written and directed by Dag Johan Haugerud, and which starred Henriette Steenstrup and Jan Gunnar Roise.

It follows a girl trying to find the meaning of live with the help of origami. The year 2006 saw Silje appear in the drama “Pedersen: High-School Teacher”, which is about Norway in the ‘70s when the country was dominated by Leninism and Marxism, and won two awards and was nominated for one other. In 2007, Silje was invited to play Camilla in the romantic comedy “Mars & Venus”, as well as to star as Janne in the short drama “Null-Null”.

In 2009, she portrayed Carolina in the adventure family comedy “Knerten”. Two of her most recent roles in movies have been in the 2010 crime comedy “A Somewhat Gentle Man” and seven years later, in the comedy “Prebz og Dennis: The Movie”.

Silje made her debut TV series appearance in 2003, when she portrayed Tina in the pilot of the comedy “Mia”, but which wasn’t picked up by any networks. In the same year, she guest starred in a single episode of the crime drama “Fox Gronland”.

The year 2006 saw her portray a journalist in the comedy “Etaten” which aired eight episodes before it was cancelled, and in 2013 Silje appeared as Erk Svae in two episodes of the drama mini-series “Halvbroren”. Her first notable performance was in the same year when she played Mette Hansen in the crime comedy “Lilyhammer”, which starred Steven Van Zandt, Trond Fausa and Steinar Sagen, and follows a gang member from New York who has to hide in Norway after he testified against his former mafia colleagues.

The series was very popular and won six awards out of the seven it was nominated for.

In 2014, Silje appeared as Filippa in two episodes of the drama “Sofia Flux og det Magiske Høreapparatet”, and then played Marianne Refsnes, one of the supporting characters in the comedy “Dag” which was also popular, winning five awards, while nominated for 15 others.

One of her most recent roles in TV series has been in the 2018 thriller “Rekyl”, but which received little attention, and was thus cancelled after airing eight episodes.

Silje prefers to keep her personal matters to herself, which is why she hasn’t mentioned any men or women she has perhaps dated, however, there are many rumors circulating the internet concerning the people she has perhaps been with, as well as her sexual orientation.

Some of her fans believe her to be a lesbian, mostly because Silje hasn’t spoken about the men she has perhaps dated, nor has she been seen in the company of men. She has, however, been seen spending time with women, and one of her fans has even claimed to have seen Silje being rather too close to her female friend, but no evidence has been provided to support these claims.

Conversely, there are also several people who believe that Silje is in a relationship with a man who goes to the same gym as she, but this hasn’t been confirmed either.

As of February 2021, Silje seems to be single, hasn’t married and doesn’t have children.

Silje is interested in writing, and in January 2019 she published her book “Strong with Elastic” (original “Sterk Med Strikk”).

She spends most of her spare time at the gym, and has uploaded numerous pictures and videos taken during her exercising routines onto her Instagram account. Silje uses this content to motivate her fans and friends to exercise and shape their bodies.

Even though from Norway, Silje still prefers warm weather over cold, and enjoys summer as she likes being close to water and swim in the sea.

She is a dog-lover and has a pet dog.

Silje likes to watch movies late at night, and some of her favorite actors and actresses are the late Heath Ledger, Brad Pitt and Anne Hathaway, and a couple of her favorite movies are “The Dark Knight”, “Meet Joe Black” and “One Day”.