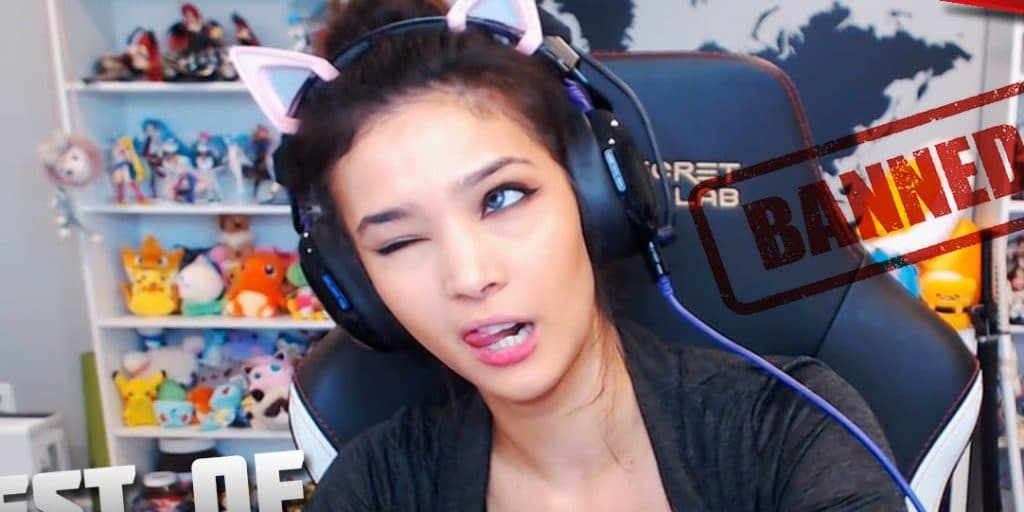 What is CinCinBear’s real name?

Cinthya Alicea – CinCinBear – was born in Cuba on 25 December 1992 – her zodiac sign is Capricorn and she holds American nationality. She is a social media star who is perhaps known best for her Twitch channel, which she launched on 25 May 2014 and has since gathered close to 480,000 followers and over 20 million views of all her livestreams combined. She usually goes live five days a week, and now has had an average of 190 viewers per stream, with 429 peak viewers. CinCinBear has so far streamed nearly 5,500 hours (around 229 days) with her highest recorded number of concurrent viewers being 3,416.

Her favorite game to play is “World of Warcraft: Shadowlands”, having spent 1,705 hours playing it on Twitch, with some of the other games she enjoys playing include “Overwatch”, “Apex Legends” and “Fortnite: Battle Royale”. CinCinBear has also spent around 930 hours just chatting with her fans.

CinCinBear is quite secretive when it comes to her personal matters and has shared very little concerning her parents. Most people believe her to be an only child, as she hasn’t mentioned having and siblings, although she occasionally talks about her two cousins to whom she is very close.

She spent her early years in Cuba and enrolled at an elementary school there but for only two years, as the family then moved to the US and settled in Jessup in Maryland when CinCinBear was eight.

She was given a Nintendo 64 console around the same time, and thus became interested in games, spending most of her spare playing on her new console, often making her parents angry because of it. She attended a local high school at which she was physically quite active, as she played soccer and tennis and ran track, then upon matriculating in 2010, she enrolled at a college, wanting to become a surgeon technologist, however, she dropped out to focus on her career on the internet.

Although she is mostly active on Twitch, CinCinBear can also be found on YouTube.

She launched her channel on 2 June 2014, but has only uploaded 16 videos, with her latest “Hey! its me, Cin!” having been on 18 December 2020. The channel currently numbers more than 45,000 subscribers and close to 150,000 views of these 16 videos combined. CinCinBear mostly uploads ASMR content – Autonomous Sensory Meridian Response, explained as a ‘tingling sensation that typically begins on the scalp and moves down the back of the neck and upper spine’.

She is also quite active on Instagram, and is followed by close to 100,000 people, while she’s uploaded over 270 pictures onto her account, most taken during her everyday life, with some having her breasts and buttocks in focus.

She had a Twitter account which is no longer active today, but also has a Facebook page followed by more than 13,000 people. She is very active on TikTok, and is followed by around 10,000 people while she has gathered over 20,000 likes of all her videos combined.

During one of her livestreams, CinCinBear expressed her opinion regarding depression, claiming that she believes it’s stupid. Her fans who were struggling with depression were waiting for an apology, and CinCinBear went on to post a long explanation, writing how she didn’t mean anything bad nor wanted to offend anyone. She also stated that she herself struggled with depression when she was younger, and even tried to commit suicide once, however, many of her fans were still dissatisfied with the apology.

She was also once banned for a month from TikTok  for calling one of her fans the ‘F’ word.

CinCinBear is quite secretive when it comes to her love life, and hasn’t spoken about any boys or girls she’s perhaps dated, and it is widely believed that this is because a boyfriend would have a negative impact on her career, and cause her to lose followers.

There are many people on the internet who believe that CinCinBear is either a lesbian or bisexual, and that this is one of the reasons why she avoids talking about her love life, however, there are also those who have claimed that she is seeing a mysterious man today, and how they have also seen the two walking hand in hand, but neither of these rumors have been confirmed.

As of February 2021, CinCinBear appears to be single, hasn’t married and doesn’t have children.

CinCinBear often uploads pictures taken during her training sessions at the gym onto her Instagram account. According to some of her statements, she sometimes exercises every day of the week and also goes running and cycling when she has time. She is following a strict diet, and as she enjoys cooking, she most often prepares her own meals. As of today, CinCinBear is a partner at G Fuel, which is a company making energy drinks.

She is a huge fan of anime, and is a collector of figurines and plush toys. A few of her favorite animes are “Tokyo Ghoul”, “Attack on Titan” and “Death Note”.

She likes to travel and has been to various US states, as well as a couple of European and Asian countries. Two of her favorite places out of those she has visited include Machu Picchu in Peru, and Tokyo in Japan.

She is a dog-lover, and has two pet dogs which can be seen featured in some of her Instagram pictures, and can also occasionally be seen behind her during her livestreams.