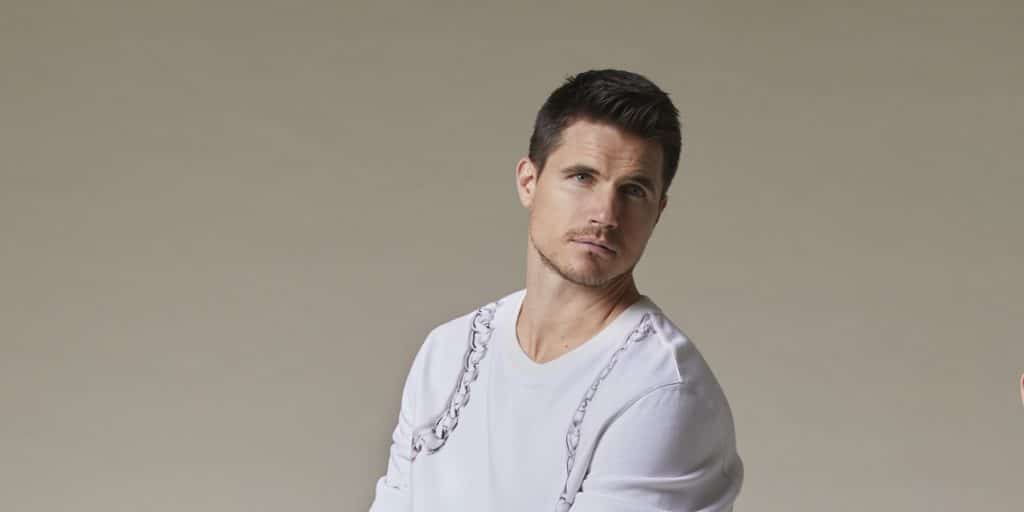 Who is Robbie Amell?

Robert Patrick ‘Robbie’ Amell IV was born in Toronto, Ontario, Canada, on 21 April 1988 – his zodiac sign is Taurus, and he holds both Canadian and American nationality, the latter received in 2020. He’s an actor and a film producer, with over 50 acting credits to his name, while he’s perhaps known best for his portrayal of Wesley Rush, in the 2015 romantic comedy movie “The DUFF”. Written by Josh A. Cagan based on a novel by Kody Keplinger, and directed by Ari Sandel, the movie starred Mae Whitman and Bella Thorne, and follows a high school senior who has been labeled as DUFF (Designated Ugly Fat Friend). It won one of the nine awards for which it was nominated.

Robbie was raised in Toronto alongside his sister, by their father Rob Amell and mother Jo (nee Burden), both of whom were employed in the custom jewelry industry. Robbie’s first cousin is Stephen Adam Amell, a famous Canadian actor, who’s probably known best for his portrayal of Oliver Arrow, in the superhero series “Arrow”.

Robbie was six years old when he and his sister began acting and modelling. He appeared in numerous commercials by the time he turned 14, and enrolled at a local high school. Robbie was mostly focused on acting during his teenage years, and he played lead characters in various school plays, such as “Picasso at the Lapin Agile”, “The Importance of Being Earnest” and “Louis and Dave and Fionia”. He was 17 when he launched his career on TV, with his portrayal of Daniel Murtaugh in the 2005 family adventure comedy movie “Cheaper by the Dozen 2”.

Upon matriculating in 2006, Robbie began pursuing his acting career, and didn’t enroll at college.

Robbie made his debut TV series appearance in 2006, with his portrayal of Stephen in two episodes of the drama “Runaway”. He gained recognition in the same year, after being cast to play one of the lead characters, Max, in the family comedy drama “Life with Derek”. It was created by Bernice Vanderlaan and Daphne Ballon, also starred Michael Seater and Ashley Leggat, and follows the lives of Casey and her step-brother Derek. The series won four of the 19 awards for which it was nominated.

The following years saw Robbie make a guest appearance in an episode or two of several popular series, such as the action adventure drama “Unnatural History”, the romantic comedy “How I Met Your Mother”, and the drama “Brothers & Sisters”.

Between 2008 and 2011, he starred as Jimmy Madigan in the family comedy drama “True Jackson, VP”, created by Andrew Gordon, and which also starred Keke Palmer and Ashley Argota. It follows the fashion executive Max, who has offered a street sandwich seller work as vice president of his new youth apparel line; the series won seven of the 18 awards for which it was nominated. Following this performance, Robbie was invited to appear in many hit series, including the action crime drama “Hawaii Five-0”, the romantic mystery drama “Pretty Little Liars”, and the comedy “Hot in Cleveland”. In 2014, he starred as Stephen Jameson, in the science fiction action “The Tomorrow People”, and between 2014 and 2017, Robbie played Ronnie Raymond, Firestorm and Deathstorm in the critically acclaimed action adventure drama “The Flash”.

In 2007, Robbie was cast to play Blair, in the mystery horror thriller “Left for Dead”, and the same year saw him portray Nick Anderson, in the comedy “American Pie Presents: Beta House”.

His first notable performance was in the 2011 drama “Hallelujah”, written by Marc Cherry, directed by Michael Apted, and which starred Zoey Deutch, Arielle Kebbel, and France O’Connor. It follows a stranger who has just arrived in the city of Hallelujah in Tennessee, and has learned that its people are torn between good and evil.

A couple of Robbie’s following roles were in the 2012 comedy “Struck by Lightning”, the 2012 comedy “Like Father”, and the 2013 drama “Anatomy of the Tide”. In 2015, he was cast to portray Kyle Wincott in the critically acclaimed family adventure drama “Max”, written and directed by Boaz Yakin, and which starred Thomas Haden Church and Josh Wiggins. It follows a military dog which fought with US Marines in Afghanistan, and has now been adopted by an American family. The movie was nominated for a single award.

Three of Robbie’s most recent movie roles in 2020, have been in the romantic comedy “Desperados”, the horror comedy “The Babysitter: Killer Queen”, and the comedy drama “Eat Wheaties!” He’s currently shooting for two upcoming movies: the mystery action horror “Resident Evil: Welcome to Raccoon City”, and the action crime drama “Code 8: Part II”.

In 2015, he received special thanks for the documentary movie “The X-Files: Re-Opened”.

Robbie has four producing credits. In 2016, he produced the short action crime movie “Code 8”, and in 2019 the long version of the film. Robbie’s currently producing the still untitled spin-off series of the movie, as well as the film “Code 8: Part II”.

He has made a guest appearance in a number of talk-shows, including “Larry King Now”, “A Little Late with Lilly Singh”, and “The Night Time Show”.

Robbie has been nominated for three awards; in 2015 for two Teen Choice Awards, for Choice Movie Actor: Comedy, and for Choice Movie: Liplock, both for his performance in “The Duff”.

In 2021, he was nominated for a Critics Choice Super Award for Best Actor in a Science Fiction/Fantasy Series, for his performance in “Upload”.

Back in July 2008, Robbie began dating the Canadian-American actress Italia Ricci, who’s perhaps known best for her portrayal of Emily Rhodes, in the political thriller series “Designated Survivor”. The two could’ve been seen attending numerous red carpet events together, and were quite open when it came to talking about their relationship. They moved in together in the early 2010s, and on 20 August 2014, Robbie and Italia announced that they were engaged; on 15 October 2016, the two exchanged vows in a private ceremony, attended by their closest friends and family members.

Italia gave birth to their son Robert Amell V on 12 September 2019 – she and Robbie are doing their best to keep the boy away from the media’s attention. Italia’s today pregnant with their second baby.

Neither Robbie nor Italia have spoken of any other people whom they have perhaps been with, so as of July 2021, Robbie’s married to Italia Ricci and they have a son, while their second child is on the way.

Robbie’s a huge fan of sports, and enjoys watching National Hockey League (NHL) games the most. While growing up in Toronto, he cheered for the ice hockey team Toronto Maple Leafs, however, after he moved to Los Angeles, California, Robbie became a fan of the Los Angeles Kings. He has stated in an interview that he prefers the Kings today, but that the Maple Leafs are his second favorite team.

Robbie likes being active on Instagram, as he enjoys the attention he’s receiving from his 1.8 million followers. He’s uploaded more than 1,000 pictures, the majority of which have been taken during his everyday life.

Robbie’s passionate about travelling, and has been to various Canadian cities, as well as to several US states, mostly to shoot for his movies and TV series.

He has his own favorite actors and actresses, some of whom are Tom Cruise, Leonardo DiCaprio and Amanda Seyfried, while a couple of his favorite movies are “Edge of Tomorrow”, “Shutter Island” and “Letters to Juliette”.