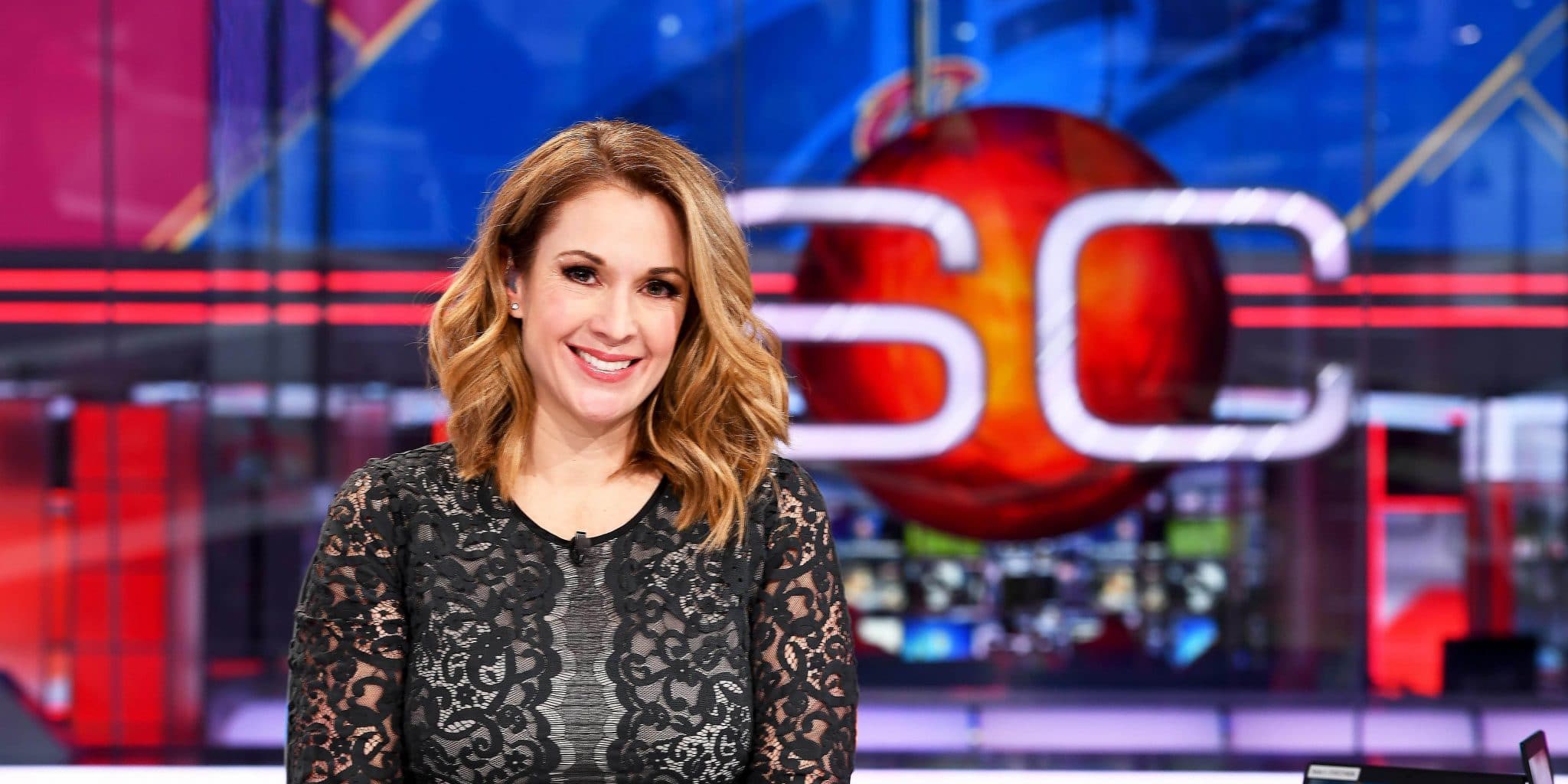 Who is Nicole Briscoe?

Nicole Briscoe (nee Manske) was born in Wausau, Wisconsin USA, on 2 July 1980 – her zodiac sign is Cancer and she holds American nationality. She is a sportscaster, who might be known best for the work she has done for the multi-national basic cable sports channel ESPN (Entertainment and Sports Programming Network), one of the most watched sports networks in the US, available in close to 90 million households.

Nicole was raised in Roscoe, Illinois, but hasn’t shared any details concerning her parents with the public, however, she’s stated that she admires them and is grateful for the support they provided when she was still working her way up.

She attended Hononegah Community High School, at which she became interested in journalism, and also played a couple of sports including soccer and tennis. Nicole and the famous car racer Danica Patrick were cheerleaders together back in 1996. Nicole was interested in modelling, and upon matriculating in 1998, she entered Miss Illinois Teen USA, winning it and thus entering the Miss Teen USA beauty pageant, finishing eighth. She entered Miss Illinois USA in 2001, and was adjudged runner-up.

She studied at Northern Illinois University, from which she graduated with a Bachelor’s degree in 2002.

Career as a sportscaster

Nicole launched her career while still attending college as she joined WREX-TV, and then moved to Fort Wayne in Indiana to work for WANE-TV as a general assignment reporter. In April 2004, she moved to Indianapolis in Indiana, and joined WISH-TV covering many important events for the channel, including the US Grand Prix, the Indianapolis 500 and the games played by the professional basketball team the Indiana Pacers. Being a huge fan of cars, Nicole also worked for the Indianapolis Motor Speedway network as their pit reporter.

She announced on 15 May 2006 in an issue of the morning daily newspaper “The Indianapolis Star”, that she would be quitting WISH-TV and would move to Charlotte in North Carolina to work for the Speed Channel.

Once there, she began co-hosting the show “The Speed Report”, but left on 27 January 2007 to join ESPN2, to host their show “NASCAR Now”. In 2015, she joined SportsCenter as their anchor.

Nicole met her other half, Ryan Briscoe while reporting from the pits. He is an Australian professional racing driver, but who has competed mostly in Europe and the US. Ryan asked Nicole out not long after they were introduced, and after around four years of being together, the two married in a private ceremony in Hawaii, attended by their wide circle of friends and family members. In 2013, Nicole gave birth to their daughter Finley Briscoe and their second daughter Blake James Briscoe followed in 2016.

Neither Nicole nor Ryan have talked about the people they perhaps dated before meeting each other, but it’s believed that Nicole was in a long-term relationship which ended for unknown reasons after five years.

As of January 2021, Nicole is married to Ryan Briscoe and they have two daughters together.

Nicole is a dog-lover, and her three pet dogs can be seen featured in many of her Instagram pictures.

She and husband are physically active no matter what season it is, and have been spending winter 20-21 teaching their daughters to ski. Nicole is said to be an avid skier herself, and she also snowboards.

During summer, she’s mostly focused on working out at the gym but also enjoys swimming in the ocean and indoor pools. Nicole has also run marathons and half-marathons.

She is taking good care of what she eats, and avoids fast food and sweets. She is also keen on cooking, and so preparing her own healthy dishes.

In her spare time which is mostly late at night, Nicole’s keen on watching movies starring her favorite actors and actresses Ryan Gosling, Tom Hanks and Amanda Seyfried, such as “The Notebook”, “You’ve Got Mail” and “Dear John”.

Who is Ryan Briscoe?

Ryan Briscoe was born in Sydney, New South Wales Australia, on 24 September 1981 – his zodiac sign is Libra and he holds both Australian and American nationality, having obtained the latter in 2018 thanks to his marriage with Nicole. Ryan is mostly focused on racing open-wheel and sports cars, and has won eight races in IndyCar, with a total of 28 podiums. Most recently in 2020, he won both the Petit Le Mans, and the 24 Hours of Daytona.

He was 12 when he began racing in karting, and went on to win Italian, North American and Australian championships. The year 2000 saw him drive for Formula Renault, winning the 2001 Italian Formula Renault Championship.

Life is so much more fun when you have a person. He’s mine…and my rock….who sometimes quite literally holds me up. Happy Valentine’s Day @Ryan_Briscoe ❤️ pic.twitter.com/mXqU7QGAji

In 2002 he joined the Formula 3000 International Championship, but left after seven races and entered the German Formula Three Championship, winning three of six races. In 2005, Ryan moved to the US, and joined the IndyCar Series driving for Target Chip Ganassi Racing. He was involved in a serious car crash on 11 September, which broke both his clavicles and it took around two months for Ryan to recover. The year 2006 saw him drive for the Holden Racing Team competing in the Australian V8 Supercars series, and he then signed with Penske Racing, competing in the American Le Mans Series – driving their Porsche RS Spyder LMP2, he won three races.

He continued driving for Penske in the 2009 season, the best of his career. He won only one race in 2010, and his next win was in 2012 at the Sonoma Raceway. He started driving for Chip Ganassi Racing again in 2013, and raced in the Indianapolis 500 as their third entry. In 2015, Ryan joined Schmidt Peterson Motorsports, competing in the IndyCar Series, and finished in the top ten in eight races. In 2016, he was invited to drive a Ford GT for Chip Ganassi Racing in the WeatherTech SportsCar Championship and spent three seasons driving it before the Ford programme was shut own.

Most recently, in 2020 Ryan raced in the 24 Hours of Daytona as well as in the 2020 Petit Le Mans which he, Scott Dixon and Renger van der Zande won together.