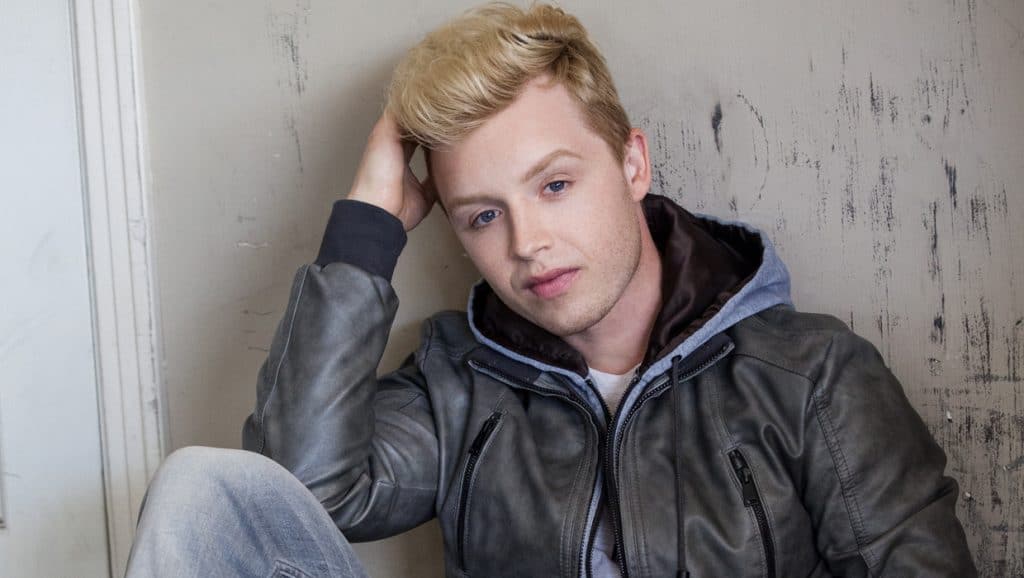 Noel Fisher’s Height, Net Worth, Relationships, Family. Is He Gay?

Who is Noel Fisher?

Noes Fisher is a Canadian actor who is probably best known to the world as Mickey Milkovich in the TV series “Shameless” (2011-2021), but also as Michelangelo in the “Teenage Mutant Ninja Turtles” franchise series in 2014 and 2016, among other roles that he has secured so far in his career.

Noel Roeim Fisher was born on 13 March 1984 under the Pisces zodiac sign, in Vancouver, British Columbia, Canada. He is the son of Ron Fisher and Linda Leonard Adams, and has a sister Raena Kai Fisher. Drawn to performing arts from an early age, Noel attended piano lessons for eight years and also had dance lessons.

Nothing changed for young Noel in the next few years, appearing in such television movies as “I Was a Teenage Faust” (2002), and “Killer Bees” (2002), while in 2003 he was Brian Gibbons in the horror-thriller film “Final Destinations 2”, starring A.J. Cook, Ali Larter, and Tony Todd.

After his initial success in Canada, Noel moved to Los Angeles, California USA, and struggled for a while, but then in 2007 he was selected for the part of Cael Malloy in the TV crime comedy-drama series “The Riches” (2007-2008), alongside such stars as Eddie Izzard, Minnie Driver, and Shannon Woodward.

In 2008 he portrayed Danny in the film “Red”, co-starring with Brian Cox and Kyle Gallner, while in 2009 he was CSU Tech Dale Stuckey in the TV crime-drama series “Law & Order: Special Victims Unit”, and also starred in the television drama film “A Dog Named Christmas”, with Bruce Greenwood and Linda Emond.

Two years later, Noel was chosen for his career role as Mickey Milkovich in the TV comedy-drama series “Shameless”. He has appeared in 71 episodes in the particular role which launched him to stardom. He started getting more popular roles, starting with Ellison ‘Cotton Top’ Mounts in the TV mini-series “Hatfields & McCoys” (2012), then as Vladimir in the third installment of the popular “The Twilight Saga” film franchise “The Twilight Saga: Breaking Dawn – Part 2”.

In 2014 he was selected for the role of Michelangelo, one of the turtles in the film “Teenage Mutant Ninja Turtles” (2014), the role he repeated in the sequel “Teenage Mutant Ninja Turtles: Out of the Shadows” in 2016. Between these two films, Noel lent his voice to Gogo Shoto of the “Batman Unlimited: Monster Mayhem” (2015), which earned him the Behind the Voice Actors Award nomination in the category for Best Vocal Ensemble in a TV Special/ Direct-to-DVD Title or Short”, which he shared with other stars, including Roger Craig Smith, Yuri Lowenthal, among others. In 2017 he was Pfc.

Tomas Young in the TV mini-series “The Long Road Home”, while in 2018 he played Dennis Zalewski in the TV fantasy horror-drama film “Castle Rock”. The following year, Noel portrayed Paul Evans in the short-lived TV crime-drama series “The Red Line”, and in 2020 he was Junior in the biopic about Al Capone “Capone”, starring Tom Hardy, Linda Cardellini and Matt Dillon.

Personal Life, Dating, Is He Gay?

Fisher is balso known to the world for playing the gay thug Mickey in “Shameless”, and this has raised a few questions about his sexuality. However, Noel is a straight guy, and has said that he doesn’t look at Mickey as a gay man, but as a person like anybody else.

In 2004, he started dating actress Layla Alizada, and the couple took a step forward in 2014 when Noel proposed to her. They married on 15 July 2017; the couple doesn’t have children.

As of mid- 2021, Noel Fisher’s net worth has been estimated to be around $4 million, earned through his successful career as an actor, during which he has appeared in almost 70 film and TV titles.

This popular actor has dark brown hair and blue eyes. He stands at a height of 5ft 10ins (1.77m), while he weighs approximately 163lbs (74kgs). His vital statistics are currently unknown, but he has a fit figure.

Layla Alizada was born on 10 August 1977 in Kabul, Afghanistan, but she and her parents moved to Montreal, Canada during her childhood years, where they lived for a few years before then the family settled in Vancouver, where she attended the renowned Theatre School, Studio 58.

Layla Alizada’s net worth has been estimated to be around $3 million as of mid- 2021.
Layla has black hair and dark brown eyes, stands at a height of 5ft 8ins (1.72m), while she weighs approximately 132lbs (60kgs).