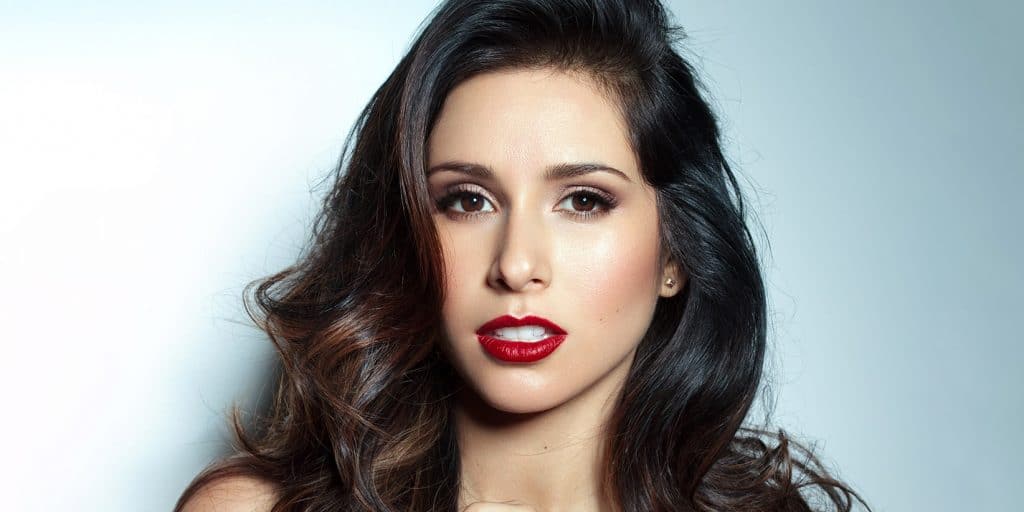 Do you know Patricia Azarcoya Schneider?

Being the wife of a celebrity almost automatically comes with a lot of fame, which Patricia has handled quite well to her advantage. The actress hasn’t got lost in the flashy lifestyle, but has continued to take on bigger projects which have helped her develop her many talents.

Her Birth and Childhood

She was born on 6 March 1988, as Patricia Azarcoya in Merida City, Mexico. She has Mexican nationality, and is fluent in English, Portuguese and Spanish.  There is not much detail about the identity of her parents and siblings, or what they do for a living. However, she has once stated in an interview that she was brought up in a below-average income earning family in Mexico, and life wasn’t that easy for them.

She attended a local high school in Mexico where she explored her interest in acting, and was quite involved as a drama student. Details of if the actress furthered her education or enrolled in College to pursue a degree is still unknown.

In the 2000s, Patricia worked as a model in her home country, and slowly rose to prominence before emigrating to the US for better career prospects. She took on several odd jobs but never stopped going to auditions, and her determination and hard work paid off as she landed a role in the 2006 short movie entitled “Alkahest”. The following year she ventured into producing several shows in Spanish, such as “El Monchis”, “Guerra De Chistes”, “El Show Del Polaco” and “El Pelado De La Noche”. Since moving to the US and marrying, she’s appeared in two films, entitled “Planeta 5000” and “Fight or Flight”.

The young actress isn’t the only one in her family to be in show business. Her daughter and husband have also featured in a television series she produced and wrote, entitled “Real Rob” and which ran from 2015 to 2017. She hasn’t left her early years in the fashion industry behind though, constantly reviewing and promoting natural cosmetics on her social media account. She also posts videos on her cooking and various recipes on her YouTube Channel.

Her marriage and children

Not long after Patricia’s dive into acting, she met her husband on one of the projects she worked on during her stay in Mexico, when he had been invited to guest star in the show. The actor was born on 31 October 1963 as Robert Michael Schneider in San Francisco, California, USA. His father, Marvin Schneider was into the real estate business, while his mother, Pilar Monroe was a teacher. He and his brother John were brought up in Pacifica -both are American with mixed ancestry.

He attended Terra Nova High School, where he also performed comedy gigs. This continued even when Rob enrolled in San Francisco State University, performing on radios, in night clubs and on television shows. His performance on Dennis Miller’s show in 1987 landed him a place on the ‘13th Annual Young Comedians special’ by HBO. From there, he secured bigger deals such as writing for the NBC show ‘Saturday Night Live’ in 1988, on which he was gradually promoted to become an actor on the show. For four years, Rob portrayed several roles, most prominent of which was The Richmeister, who pestered his co-workers from his work table beside the photocopy machine. Other characters he took on were “Orgasm Guy”, “The Sensitive Naked Man” and “Tiny Elvis”.

When his contract ended on the show, Rob went into movies and has since featured in many films and TV series such as “The Beverly Hillbillies”. “Home Alone 2: Lost in New York”, “Men Behaving Badly”, “Demolition Man”, and “Deuce Bigalow: Male Gigolo” among others. Rob has enjoyed a robust career in the entertainment industry, with a large fan base and has amassed quite a fortune from it.

After he met with his would-be wife, he asked her out on a date with him to the US, to which she agreed on the condition that her mother would also accompany her; Patricia had already also made plans to contact her brother in the US just in case the date didn’t go as planned. Rob stated in an interview on ‘The Howard Stern Show’ that when he spotted the model and her mother, he knew that he’d have to please her mother to get through to Patricia, and he has continued to maintain a great relationship with her ever since.

Though Patricia’s mother had accompanied them on their first date, it was uneventful and their friendship blossomed into a relationship which lasted close to six years. Being the popular actor that Rob is, his fans became curious about the new woman in his life. The media was all over her, and this helped her gain more popularity in the US. They tied the knot in a glamourous ceremony in Beverly Hills on 23 April 2011, amidst friends and well-wishers. Their union has produced two children, Madeleine Robbie Schneider and her older sister, Miranda Scarlett Schneider. Her husband also has a son, Elle King, from his previous marriage to model London King, to whom she is step-mother.

Patricia also has a kind heart, and is known to work with Non-Governmental Organisations to reduce homelessness, especially among refugees and veterans. Some of the philanthropic organisations she belongs to include Penny Lanes and ‘The San Fernando Valley Refugee Children Center’.

She is quite passionate about immigrants, being one herself, and easily identifies the struggles associated with their situation. This is said to be the driving force through which she can champion causes centred on making life easier for immigrants.

She is also an ardent supporter of the Tigres UANL and Mexican soccer in general, always keeping abreast of the daily highlights.

Details about Patricia’s past lovers and relationships are yet to be revealed – she enjoys keeping her love-life private, however, it’s well-known that she’s the third wife of the famous actor. Rob has quite a large dating profile, having been involved with several women and also marrying twice with both ending in a divorce. His first wife was American actress London King, whom he married just three days after they met each other, on 25 September 1988 in Las Vegas. Their daughter, Tanner Elle Schneider, was born 3 July 1989, but a year later their marriage came to an end.

The actor later had a series of relationships with other actresses, before re-marrying on 1 October 2002, after about two years of dating Helen. Three years later, the marriage also crashed, and they went their separate ways.

Though critics of the actor claimed his third marriage to Patricia was going to end the way his other two did, he has continued to prove them wrong, and the couple has remained together for almost a decade even with their age difference of 25 years.

The hardworking actress is yet to receive any award or recognition for her work, but that hasn’t slowed her down. She continues to feature in and produce movie projects and also give to society through charitable organisations.

Although Patricia’s work demands that she be in the spotlight, she has managed to evade being the subject of any scandal or tabloid news over the years.

The Gorgeous former model is said to be 5ft 2ins tall (1.57m), weighs close to 120lbs (54kgs), and has beautiful brown eyes to complement her silky dark brown hair. She maintains her hour-glass shape by exercising and eating healthily.

Patricia is active on social media – she enjoys posting photos of her family and projects she’s working on for her more than 78,000 fans on her Instagram account @iampatriciamaya. She also shares her opinion and promotes her work to her over 16,000 followers on her Twitter account, and on Facebook as well.