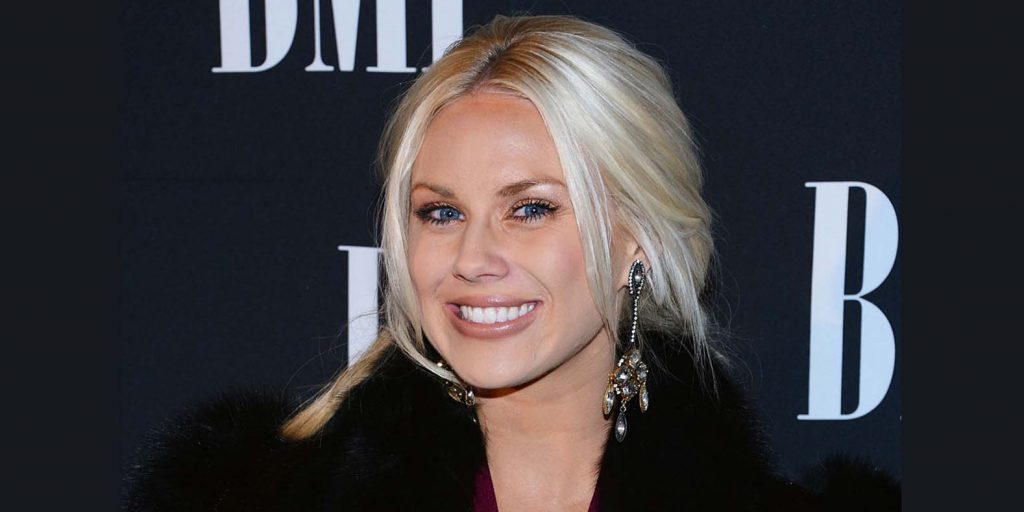 Who is Rachel Bradshaw?

Rachel Bradshaw was born on 13 May 1987 under the zodiac sign of Taurus, in Dallas, Texas USA. She is a 33-year-old country singer-songwriter, but is probably best recognized for being the oldest daughter of former professional National Football League (NFL) and Hall of Fame quarterback Terry Bradshaw and his third wife Charlotte Hopkins.

How rich is she, as of now? Rachel Bradshaw Net Worth

As of early 2021, Rachel Bradshaw’s net worth is over $1 million, acquired through her successful involvement in the music industry as a country singer and songwriter. She has also increased her fortune by making appearances in reality TV series.

Rachel Bradshaw spent her early years in Westlake, Texas, where she was raised by her famous father, Terry and her mother Charlotte Hopkins, who works as a family attorney and author.

She has a younger sister, named Erin Bradshaw. Following the divorce of her parents, her father married Tammy and adopted her two children from her previous marriage to David Luttrull. So, Rachel has a half-sister, named Lacey Hester Bradshaw, and a half-brother named David Luttrull, Jr., who passed away of a heroin overdose in 2009. Rachel holds American nationality and belongs to White Caucasian ethnic group. Regarding her education, Rachel attended a local high school, and upon matriculation furthered her education at Belmont University in Nashville, Tennessee, where she studied country music.

Following her graduation, Rachel Bradshaw started pursuing her professional career in the music industry, having already appeared in an episode of the Fox Sports Net show “The Best Damn Sports Show Period” in 2007.

Later that year, she signed up to participate in the Fox reality competition series “Nashville”, trying to make a name for herself alongside several other country music artists. Unfortunately, the show was canceled after broadcasting only two episodes because of poor ratings; subsequently, she signed as a solo country artist.

In 2010, Rachel co-wrote the song “What Do You Want”, together with Jerrod Niemann and Richie Brown, released as the second single from Jerrod’s studio album, entitled “Judge Jerrod & The Hung Jury”, and peaked at No. 4 on the US Hot Country Songs chart – it was certified gold by the Recording Industry Association of America. They performed the song together on “The Tonight Show With Jay Leno”. In 2015, she co-formed the Nashville-based trio Stella // James, alongside her longtime friends Sarah Davidson and Ty Graham.

They’ve released a number of songs on their self-titled SoundCloud account, such as “Songbird”, “Red Flag”, and “Fireflies”, to name a few. She eventually gained enormous recognition in 2019, when she performed the National Anthem at the opening of the Seattle Seahawks – Dallas Cowboys NFL game.

In late 2020, she released three singles – “Wild Horse”, “Aphrodite”, and “What Makes Christmas”, and joined the cast of the E! reality show “The Bradshaw Bunch”, which follows the post-football life of her father Terry Bradshaw and other members of their family. It premiered in September 2020, and  the second season of the show will be broadcast in 2021.

Rachel Bradshaw has long blonde dyed hair and blue eyes. She stands at a height of 5ft 7ins (1.70m), but information about her weight, vital statistics, bra, dress and shoe size isn’t available.

Rachel Bradshaw became romantically involved with James Robert Douglas ‘Rob’ Bironas in 2012. He was a professional American football player, known for playing  as a placekicker for the Tennessee Titans in the NFL. After dating for two years, Rachel and Rob exchanged their wedding vows at a ceremony held in June 2014. Three months later, he tragically passed away at the age of 36, killed in a single-car accident in Nashville on 20 September 2014.

Five years after the tragedy, Rachel started dating a man named Dustin Hughes. However, the couple ended their romance in 2020, when she found out that he is currently expecting a baby with another woman, with whom he cheated on Rachel; so she’s single as of early 2021.

Who is Her Father? Terry Bradshaw Short Wiki

Terry Paxton Bradshaw was born on 2 September 1948 under the zodiac sign of Virgo, in Shreveport, Louisiana USA.

He was raised by his father, William Marvin ‘Bill’ Bradshaw, a US Navy veteran and Vice President of manufacturing at the Riley Beaird Company, and her mother, Novis Bradshaw. He has two brothers named Gary and Craig. He spent one part of his childhood living with his family in Camanche, Iowa until they eventually returned to Shreveport.

Terry set the goal to become a professional American Football player at a very young age. While in Woodlawn High School, he distinguished himself as a player since he led the Knights to the 1965 AAA state championship. Upon matriculation in 1966, he enrolled into Louisiana Tech University in Ruston, where he played for the college team. In his junior year, Terry gained 2,890 total yards and led the team to set a 9–2 record and to win the Rice Bowl. As a senior, he amassed 2,314 total yards and led them to an 8–2 record.

Terry Bradshaw’s professional career started when he was selected as the first overall pick in the 1970 NFL Draft by the Pittsburgh Steelers. He spent 14 seasons with them, his best being the 1978 season when he was named the NFL’s Most Valuable Player by the Associated Press, as well as First-Team All-Pro and All-AFC. During his stint there, he led the team to win eight AFC Central championships, and most importantly four Super Bowl championships (IX, X, XIII, XIV), as well as two Super Bowl MVP titles (XIII, XIV) himself, and three Pro Bowl victories (1975, 1978, 1979). He was also rewarded with the 1979 Sportsman of the Year title by the magazine Sports Illustrated. He retired in 1983, after suffering an elbow injury, and six years later, he was inducted in the Pro Football Hall of Fame, and was also inducted into the College Football Hall of Fame in 1996. He is considered as one of the greatest quarterbacks of all time.

On March 3, 1983, Terry Bradshaw had "minor" elbow surgery under the name "Thomas Brady." Bradshaw would throw only eight more career passes due to the injury. (Credit to @QuirkyResearch for posting the UPI article.) https://t.co/19vxNsyNcK

Between 1980 and 1982, Terry Bradshaw worked as a guest commentator for the NFC postseason broadcast for CBS Sports. Right after his retirement, he landed a full-time job as an NFL game analyst for them. It didn’t take long until his broadcasts became the top-rated program. In 1990, he was promoted to the position of a television studio analyst for the sports programme “The NFL Today”, then after the Fox network bought NFL TV rights in 1994, Terry joined its show “Fox NFL Sunday”, hosting two segments of the show, “Ten Yards With TB” and “The Terry Awards”. His work in broadcasting has earned him three Sports Emmy Awards.

Career on TV and Film

Terry Bradshaw has appeared in a number of TV commericals, including the series of ads for Tide detergent.

He’s also made guest-starring appearances as himself in various TV series, including “Evening Shade”, “Everybody Loves Raymond”, and “Modern Family”, to name a few. He also did a voice over in an episode of the hit Fox animated comedy series “The Simpsons” (2005), and has had small parts in such TV series as “The Adventures of Brisco County, Jr.”, “Malcolm In The Middle”, and “Last Man Standing”, among many others. Besides that, he was cast in the NBC reality TV series “Better Late Than Never”, in which he travels around the globe with Henry Winkler, William Shatner, George Foreman,and Jeff Dye. Most recently, he started appearing with his family in the new E! reality show “The Bradshaw Bunch” (2020-present).

Additionally, Terry has starred in film titles, making his debut as Sherman in the 1978 action comedy film “Hooper”, which was followed by his portrayals of J.J. Spangler in the made-for-TV action film “Stockers”, and himself in the film “The Cannonball Run”, both in 1981.

His next film project came in 2005, when he lent his voice to Broken Arm Bot in the animated adventure comedy film “Robots”, and the following year landed the roles of Al in the romantic comedy film “Failure To Launch”, starring alongside Matthew McConaughey and Sarah Jessica Parker, and Will Gilbert in the made-for-TV comedy film “Relative Chaos”. His latest film project came when he appeared as himself in the 2017 comedy-drama film “Father Figures”, next to Owen Wilson and Ed Helms.

Career as a Singer and Author