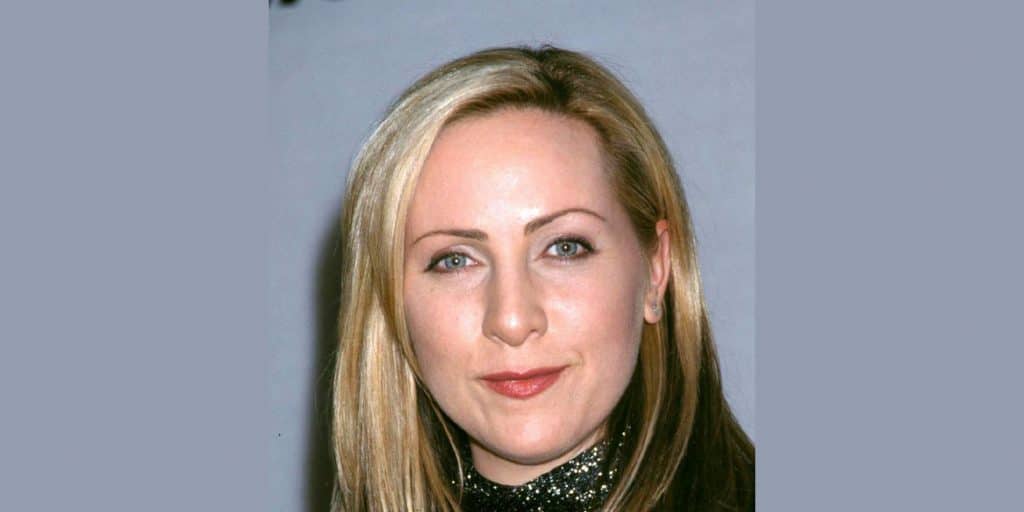 Who is Renée Estevez?

Renée Pilar Estevez was born in New York City, USA on 2 April 1967 – her zodiac sign is Aries, and she holds American nationality. She’s an actress and a screenwriter, who’s perhaps still known best for her portrayal of Betty Finn, one of the lead characters in the 1989 crime comedy movie “Heathers”. It was written by Daniel Waters, directed by Michael Lehmann, and also starred Winona Ryder and Christian Slater; the film follows Veronica and the new boy at school, as they’re taking down the popular girls who are all named Heather; it won three of the 14 awards for which it was nominated.

Renee became interested in acting at a very early age, mostly because she was influenced by her family, and appeared in various plays performed at her high school, as well as practicing her skills at a community theatre. Upon matriculating in 1985, she launched her acting career with her portrayal of Girl at Phone, in the drama movie “Shattered Spirits”.

Renée then focused on acting, and didn’t enroll at a college, however, she changed her mind 10 years later, and enrolled at California Culinary Academy, graduating with a degree in pastry and baking science.

Renée has appeared in around eight TV series, and more than 35 movies.

The year 1992 saw her play Private Chavez, in the episode “Weekend Pass” of the romantic drama “Red Shoe Diaries”, but she didn’t really gain recognition until 2000, when she played two characters in two episodes of the action crime drama “JAG”. Created by Donald P. Bellisario, it starred David James Elliott and Catherine Bell, and follows the life of the lawyer Harmon Rabb, who was once a Navy fighter pilot. The series aired from 1995 to 2005, and won 12 awards, including three Primetime Emmys, while it was nominated for 17 other awards.

In 2002, Renée made a guest appearance in an episode of the mystery crime drama “The Division”, and her most recent role in a TV series has been her portrayal of Nancy, in 44 episodes of the drama “The West Wing”, between 1999 and 2006.

It starred her father Martin, Rob Lowe and Allison Janney, and follows the lives of White House West Wing’s staffers. The series was a huge hit, winning 120 awards including 26 Primetime Emmys, while it was nominated for 263 other awards.

By the end of the ‘80s, Renée had portrayed supporting characters in a number of movies, including in the 1987 hit action crime thriller “Lethal Weapon”, which starred Mel Gibson and Danny Glover, and follows two police officers who have just begun working together. The movie won seven awards of the nine for which it was nominated, including an Oscar nomination.

The early ‘90s saw her appear in a number of movies which failed to attract a lot of attention, but still received good critiques, such as the 1991 thriller “Dead Silence”, and the 1992 thriller “Touch and Die”.

Renée then played Perfect Applicant, in the thriller drama “Single White Female”, based on the novel by John Lutz, directed by Barbet Schroeder, and which starred Bridget Fonda and Jennifer Lason Leigh. It follows a woman who has just found a new roommate, and has realized that there’s something strange going on with her. Some of Renée’s other notable performances in the ‘90s were in the 1993 action comedy “Good Girls Don’t”, the 1995 drama “Running Wild”, and the 1998 action crime thriller “A Murder of Crows”.

Renée’s two most recent roles in movies have been in the 2010 comedy drama “The Way”, and the 2015 animated drama “The Kustomonsters Movie” (voice role). She hasn’t been active in the film industry since then, but hasn’t officially retired from acting.

In 2010, Renée received special thanks for the romantic comedy movie “Anderson’s Cross”.

In 2013 and 2014, she wrote four episodes of the romantic comedy series “Anger Management”.

She has made a guest appearance in a number of talk-shows, including in “60 Minutes” and “Biography”.

In 1987, Renée and her colleagues won a Young Artist Michael Landon Award, for their performance in the series “CBS Schoolbreak Special”.

Renée met Jason Thomas Federico while attending California Culinary Academy, from which he obtained a Bachelor’s degree in culinary arts, and then became a popular chef; Jason’s also a professional golfer.

The two dated for around two years before Jason asked Renée to marry him, and they exchanged vows on 11 October 1997, in a private ceremony attended by their closest friends and family members, at the Church of Our Lady of the Scapular-St. Stephen. Renée and Jason didn’t have children together, and it’s widely believed that this is what led to their divorce in 2011; it’s said that Jason wanted to have children, and that Renée preferred to focus on her career.

She hasn’t spoken of any other men whom she has perhaps been with, so as of June 2021, Renée seems to be single, was married to Jason Thomas Federico for 14 years, and doesn’t have children.

Renée likes to travel, and has been to many US states to shoot for her movies and TV series, while she has also been to a couple of Asian and European countries. She’s into tasting various cuisines, and her favorite’s spicy Hungarian food.

She was interested in numerous activities during her 20s and 30s, and practiced singing, dancing and painting. Renée’s today mostly focused on spending time with her family, particularly with her father.

Summer is her favorite season, as she loves being close to the ocean, and sun tanning at the beach; she was once an avid beach volleyball player.

Renee Estevez as Molly and her boyfriend. Ex-boyfriend now, I guess.

She has her own favorite actors and actresses, some of whom are the late Marlon Brando, Clint Eastwood and Helena Bonham Carter, while a couple of her favorite movies are “Apocalypse Now”, “Million Dollar Baby”, and “Fight Club”.

Renée’s age is 54. She has long blonde hair and light blue eyes, her height is 5ft 5ins (1.65m) and she weighs around 120lbs (55kgs). Renée was once overweight, and so began working out and dieting after it became unbearable to listen to people’s comments about her weight.

As of June 2021, her net worth has been estimated at over $3 million, while her father’s wealth is reputedly over $60 million.