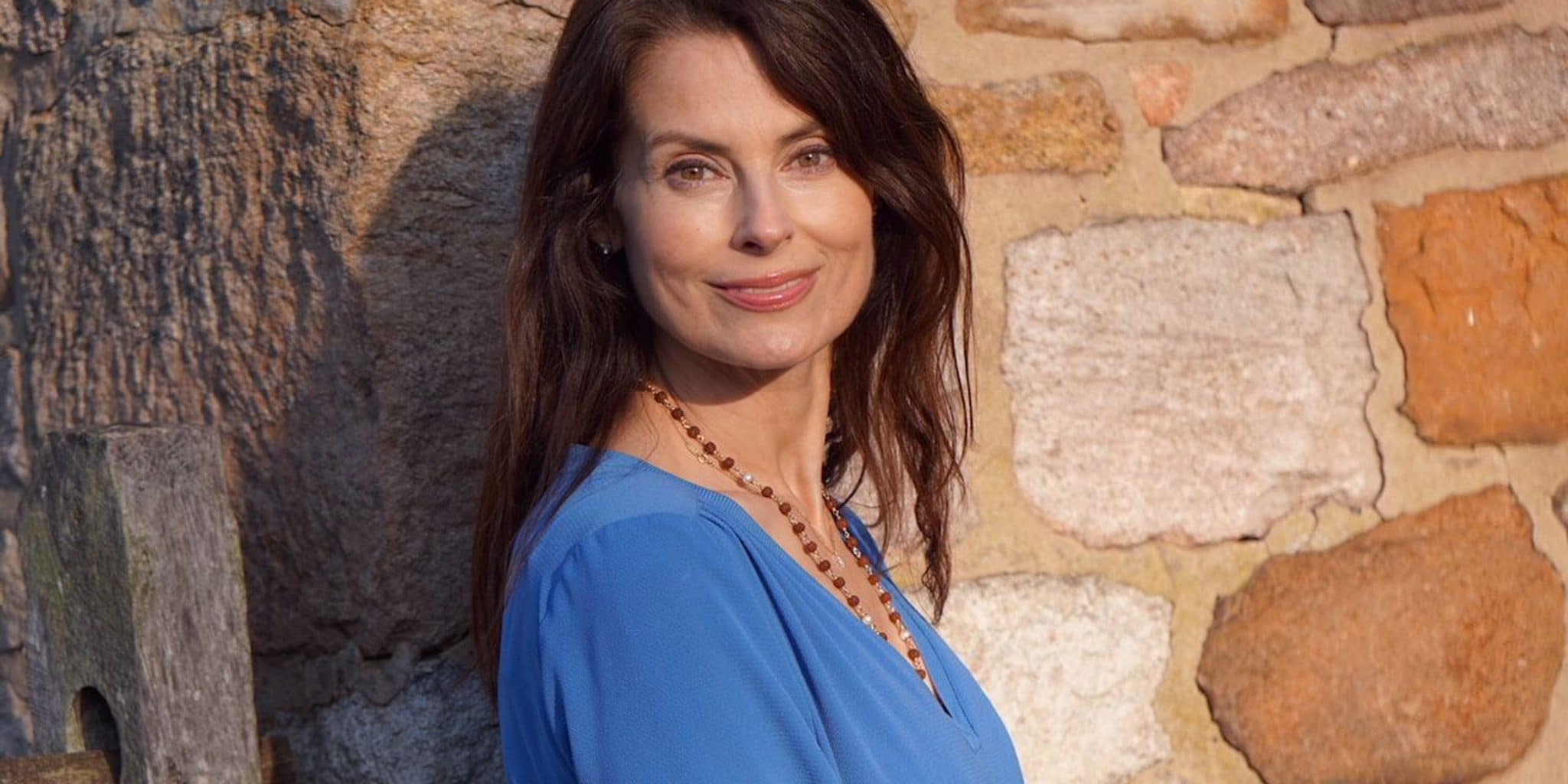 Who is Ryan Haddon?

Ryan Haddon was born in the USA, on 17 April 1971 – her zodiac sign is Aries and she holds American nationality. She’s a journalist, TV producer and a news presenter, but who’s probably known best for being the wife of famous American actor Marc Blucas.

Ryan was raised as an only child by her father Glenn Souham who is a businessman, and her mother Dayle Haddon who is a Vietnamese-Canadian former model and actress.

Her family often moved while she was growing up, and Ryan spent some time living in the US, in Toronto in Canada, as well as in Paris, France. She became interested in journalism while attending a local high school, and also in acting, appearing in several plays performed at the school.

Happy International Day of the Woman.⁠⁠⁠⁠Every time we claim a disowned fragment of ourselves, allow another woman to…

Upon matriculating in 1990, Ryan enrolled at Boston University’s College of Communication, from which she graduated with a Bachelor of Science degree in broadcast journalism in 1993.

Upon obtaining her degree, Ryan began writing entertainment-based columns for several magazines and newspapers, before eventually venturing into TV producing.

Since 2004, she also has been working as a certified life coach, helping her clients find there direction in life, and providing them with advice on how to get there. She’s also a certified hypnotherapist.

Ryan launched her career on TV in 1998, when she was the production assistant on an episode of “The Roseanne Show”, then in 2004, she appeared in the crime news series “Hollywood Heat”.

Most recently in 2020, she worked as a loader on the episode “Dopesick” of the action crime series “FBI: Most Wanted”.

Ryan has been invited to appear in various talk-shows, such as “Good Morning America”, “Mac Neill/Lehrer NewsHour”, and “Chronicles from California”.

Marriage with Marc Blucas and children

Ryan has married twice – she began dating Christian Slater in 1998; he’s an American actor and film producer, perhaps still known best for his portrayal of Jason ‘J. D.’ Dean in the 1989 black teen comedy movie “Heathers”, and for his performance in the thriller drama series “Mr. Robot” which aired from 2015 to 2019, winning a Golden Globe Award for Best Supporting Actor – Series, Miniseries or Television Film.

On 25 July 2009, Ryan married Marc Blucas and has given birth to their two children – both she and Marc have been keeping details concerning their kids hidden from the media’s attention.

As of March 2021, Ryan is married to her second husband Marc Blucas, and has four children.

Ryan is taking good care of her mental health as she does yoga every day, and also often meditates, which she believes to be important for her personally as well as for her job as a life coach.

She’s a dog-lover, and has a pet dog which can be seen featured in a couple of her Instagram pictures.

Ryan’s keen on reading books, and has read numerous since her teenage years. Her favorite writer is Nicholas Sparks, while a couple of her favorite books are “Dear John”, “Message in a Bottle” and “The Notebook”.

She’s keen on travelling and prefers to travel overseas rather than around the USA. Ryan has been to various Asian countries including Japan, Vietnam and India, and has also been to several European countries.

She likes to watch movies in her spare time and her favorite actors and actresses are Leonardo DiCaprio, Matt Damon and Meg Ryan, while a couple of her favorite movies are “Titanic”, “Inception” and “Sleepless in Seattle”.

Who is her husband Marc Blucas?

Marcus Paul ‘Marc’ Blucas was born in Butler, Pennsylvania USA, on 11 January 1972 – his zodiac sign is Capricorn and he holds American nationality. He’s an actor who is perhaps known best for his portrayal of Riley Finn in the action fantasy series “Buffy the Vampire Slayer” created by Joss Whedon, and which starred Alyson Hannigan, Nicholas Brendon and Sarah Michelle Gellar. It follows a young women and her friends as they fight demons, vampires and other evil creatures – the series won 52 awards while it was nominated for 133 others, including a Golden Globe, during its airing from 1997 to 2003.

Marc was raised in Erie, Pennsylvania alongside his older sister Kristen, by their father Walter Joseph Blucas who was a sportsman, and their mother Mary Catherine who was a housewife. Both Walter and Mary received their degrees from Indiana University of Pennsylvania; they divorced when Marc was a teenager. He played basketball at Girard High School, and with them entered the Pennsylvania Boys AA State Championship. Upon matriculating in 1990, Marc was offered a sports scholarship to Wake Forest University, at which he played for their basketball team the Demon Deacons. He graduated with a Bachelor’s degree in 1994, and then wasn’t drafted into the National Basketball Association (NBA), so went to England to play professional basketball with Manchester Giants for a season, competing in the British Basketball League. After that, he decided to become a lawyer, but quickly gave up the idea, and ventured into acting.

He’s now appeared in around 70 movies and TV series. He made his debut film appearance in the 1995 crime drama “Inflammable”, and then portray supporting characters in several hit movies, such as the 2001 stoner comedy “Jay and Silent Bob Strike Back”, the 2002 historical action drama “We Were Soldiers”, and the 2003 romantic drama “I Capture the Castle”. In 2007, Marc portrayed Dean in the hit romantic comedy “The Jane Austen Book Club”, written and directed by Robin Swicord, and which stared Kathy Baker, Hugh Dancy and Amy Brenneman – it follows six people who start a club in California to discuss the books written by Jane Austen.

A couple of his following notable performances were in the 2008 adventure comedy “Meet Dave”, which starred Eddie Murphy, the 2009 horror thriller “Deadline”, and the 2015 romantic comedy “Sleeping with Other People”.

Marc’s most recent appearance in a movie has been in the 2020 romantic drama “Good Morning Christmas!”, in which he starred alongside Alison Sweeney and Nicole Oliver.

He made his debut TV series appearance in the 1998 episode “The Legacy” of the sports comedy “Arli$$”, and then made guest appearances in an episode or two of various series, including the drama “The ‘60s”, the comedy drama “Undressed”, and the mystery drama “House”. In 2011, Marc was cast to play Matthew Donnally, one of the lead characters in the romantic comedy “Necessary Roughness”, and in 2014, he starred alongside Tricia Helfer and Michael Trucco in the western drama “Killer Women”.

Two of his most recent roles in series have been in the 2019 mystery crime drama “The Fix”, and the 2018 crime drama “Narcos: Mexico”.

He has won only one award: a 2016 Action on Film International Film Festival Award for Outstanding Cast Performance – Feature for the mystery crime film “The Red Maple Leaf” (shared with colleagues).