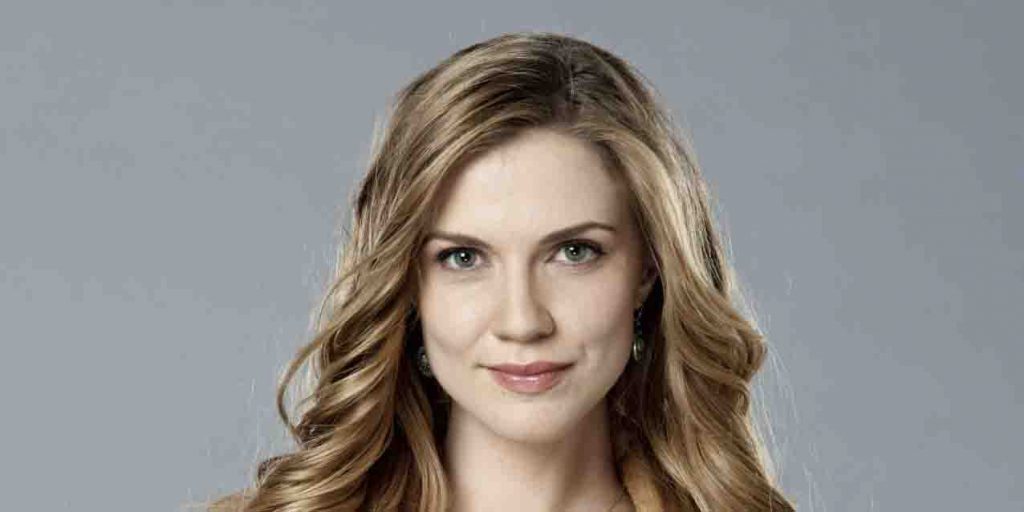 Who is Sara Canning?

Sara Canning was born in Gander, Newfoundland and Labrador, Canada, on 14 July 1987 – her zodiac sign is Cancer and she holds Canadian nationality. She is an actress who is probably known best for her portrayal of one of the main characters, Jenna Sommers in the fantasy horror series “The Vampire Diaries”, which also starred Nina Dobrev and Ian Somerhalder, and follows the people and strange creatures living in the city Mystic Falls in Virginia. It aired from 2009 to 2017 and won 36 awards, while it was nominated for 66 others.

Sara was raised as an only child in Newfoundland by her father Wayne and her mother Daphne.

She was 11 when the family moved to Sherwood Park in Alberta, and around the same time Sara started entering figure skating competitions. She enrolled at F. R. Haythorne Junior High at which she became interested in acting, but it wasn’t until she began attending Bev Facey Community High School that she started appearing in plays, both at school and at a community theatre.

She matriculated in 2005, and in the same year had her her first important role, in the play “1984” performed at the Citadel Theatre. Sara enrolled at the University of Alberta, however, she quit after only a year and moved to Vancouver, British Columbia, to pursue her acting career. She practiced acting at Vancouver Film School, completing a one-year program in 2007.

Sara made her debut film appearance in the 2008 comedy “Paparazzi Princes: The Paris Hilton Story” but which received poor reviews, and a couple of her following roles were in the 2008 sports comedy “Slap Shot 3: The Junior League”, the crime thriller “Taken in Broad Daylight” and the drama “Come Dance at My Wedding” both in 2009.

She gained recognition with her portrayal of Maggie McGregor, the lead character in the historical drama “Black Field”, written and directed by Danishka Estehazy, and which also starred Mathieu Bourguet and Ferron Guerreiro. It’s the story of two sisters and a man who got between them, and won Danishka a Jury Award for Best Canadian Feature.

Sara was praised for her portrayal of Lake in the critically acclaimed action adventure drama “War for the Planet of the Apes”, written and directed by Matt Reeves, and which starred Andy Serkis, Woody Harrelson and Steven Zahn. It follows the apes who have suffered great losses, and are now set to avenge the deaths of their friends and family – the movie won 28 awards and was nominated for 65 others, including an Oscar. A couple of Sara’s following roles were in the 2017 short drama “Multiverse Dating for Beginners”, and the 2018 short family fantasy “Send Us Smokes” and science fiction thriller “Level 16”, in which she starred alongside Katie Douglas, and which won three awards.

Three of her most recent roles in movies have been in 2020 – the comedy drama “An Awkward Balance”, romantic drama “The Christmas Yule Blog” and the short thriller drama “The Quieting”. Sarah has recently been cast to portray The Canner in the upcoming comedy “The Dunner”, in which she will be starring alongside Erica Durance and Erin Karpluk.

She made her debut TV series appearance in the 2008 episodes “Plastique” and “Odyssey” of the romantic adventure series “Smallville”, which was a hit, winning 34 awards including three Primetime Emmys, while it was nominated for 155 other awards.

She gained recognition in 2012 when cast to play Dylan Weir, one of the lead characters in the action adventure drama “Primeval: New World” which also starred Niall Matter and Danny Rahlm, and follows a team of animal scientists and experts as they investigate the strange anomalies appearing around Canada while fighting creatures from both the past and the future.

She went on to appear in single episodes of various series, until in 2014 cast to star as Melissa Conner in the 2014 family drama “Remedy”, which follows Griffin Conner played by Dillon Casey as he drops out of medical school and becomes an orderly at a hospital at which his father and two sisters are working; the series was nominated for 12 awards winning three. Sara’s following notable performance was in the 2017 adventure comedy “A Series of Unfortunate Events” which was a hit, winning 19 awards while it was nominated for 45 others, including six Primetime Emmys. Then in 2019 she portrayed the lead character Charlie in the comedy mini-series “Hospital Show”, which also starred Adrian Holmes and Adam Greydon Reid, and follows the lives of several doctors.

Her most recent role in a TV series has been in the 2019-2020 fantasy horror drama “Nancy Drew”, but which attracted little attention and received mixed reviews.

Sara has produced two movies: the 2014 romantic thriller comedy “I Put a Hit on You”, and the 2018 comedy “Welcome to Nowhere”.

She worked as the motion capture talent on the 2009 animated family film “Barbie and the Three Musketeers”, and then received special thanks for the 2012 short comedy “Life Doesn’t Frighten Me”.

Sara has been nominated for 15 awards winning two – she’s been nominated for six Union of British Columbia Performers (UBCP) / The Alliance of Canadian Cinema, Television and Radio Artists (ACTRA) Awards, winning one in 2014 for Best Actress for her performance in the series “Remedy”.

She’s been nominated for eight Leo Awards, winning one in 2015 for Best Lead Performance by a Female in a Dramatic Series for “Remedy” as well.

Most recently, in 2020 Sara was nominated for a Canadian Screen Award for Best Lead Performance, Web Program or Series for her performance in the mini-series “Hospital Show”.

Love life and her husband’s death

Sara is very secretive when it comes to her love life, and has shared very little concerning her past and present affairs, however, there are many rumors circulating the internet regarding her relationships.

In 2008, she began dating the non-celebrity man Michael Morris, and they stayed together until 2011 before splitting for unknown reasons. Rumors have it that the two married in 2008 and that Michael died in 2011 at around the same time that Sara’s character in the series “The Vampire Diaries” was killed off.

Sara hasn’t commented on these rumors but these are still widely believed to be true.

As she hasn’t spoken about any men she might have dated, Sara is single as of February 2021, was perhaps once married, and doesn’t have children.

Sara is interested in psychology, and enjoys studying people whom she is about to portray in a movie or a TV series.

She likes to spend her spare time in nature, and most of the pictures she’s uploaded onto her Instagram account have been taken at attractive natural locations, which are most often lakes, woods and mountains.

Sara is keen on travelling, and her acting career has taken her to various US states as well as a couple of European countries, including England and Italy.

She is interested in music, and has been playing the guitar for several years now.

Sara is a lover of animals, and has a pet Husky called Molly which can be seen featured in some of her Instagram pictures.

She has her own favorite actresses, some of whom are Gwyneth Paltrow, Amanda Seyfried and Julia Roberts, and her favorite movies include “Shallow Hall”, “Dear John” and “Notting Hill”.