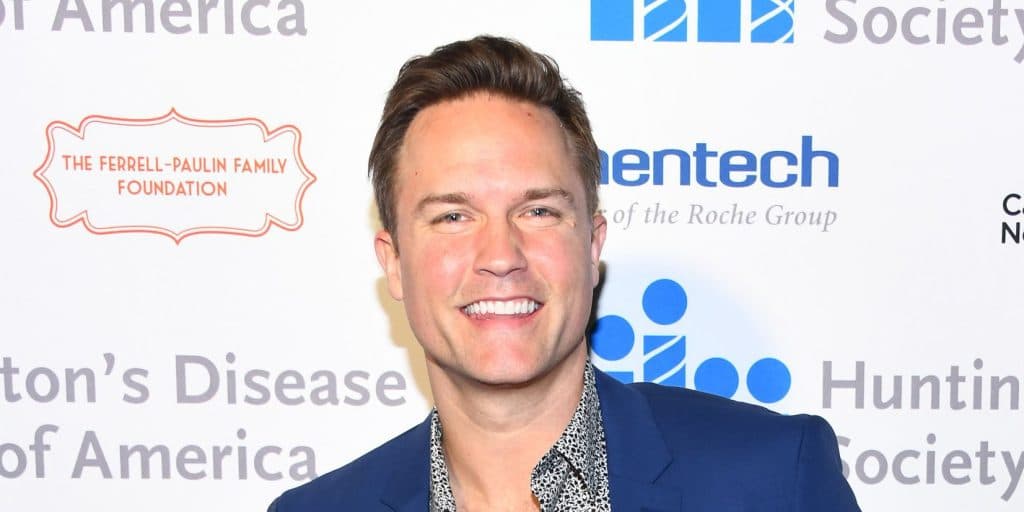 Who is Scott Porter?

Scott Porter is an American award-winning actor, who achieved stardom as Jason Street in the TV series “Friday Night Lights” (2006-2010), and continued to improve with roles such as Randy in the film “Dear John” (2010), and recently as Mayor Paul Randolph in the TV series “Ginny & Georgia” (2021), in addition to many other notable appearances.

Born Matthew Scott Porter on 14 July 1979 under the Cancer zodiac sign, in Omaha, Nebraska USA to Robin Porter and his wife Merle ‘Butch’ Porter. Of German, English and Irish descent, Scott is the oldest in the family and has two siblings, a brother Brendan, and a sister Ariana. Although born in Nebraska, Scott grew up in Winter Park, Florida, and went to Lake Howell High School, where he played football for the high school team as a wide receiver.

After matriculating in 1997, Scott enrolled at the University of Central Florida, where he was a member of the a cappella vocal group, 4:2:Five, responsible for vocal percussion sounds.

Scott’s career started on stage when he played Matthew in the Off-Broadway musical “Altar Boyz”, and then in 2006 he was selected for the role of Casey Hughes in the soap opera “As the World Turns”, taking over from Zach Roerig, but appearing in just four episodes before his contract ended. The same year, Scott was selected for his major role as Jason Street in the sports drama series “Friday Night Lights”, created by Peter Berg and based on the book by H.G. Bissinger, starring Kyle Chandler, Connie Britton, and Zach Gilford.

The series won three Primetime Emmy awards, and Scott took home a Gold Derby Award in the category for Ensemble of the Year, with his co-stars. He featured in 42 episodes until the end of the series, which made him rather popular, and set for more roles.

As a result, Scott showcased his full talent in the musical comedy film “Music and Lyrics”, next to Hugh Grant and Drew Barrymore, and then in 2008, he starred as Rex Racer in the action-adventure film “Speed Racer”, written and directed by Lana and Lilly Wachowski. The following year he had the lead role in the romantic comedy film “The Good Guy”, co-starring Alexis Bledel and Bryan Greenberg, and also appeared next to Aly Michalka and Vanessa Hudgens in the comedy-drama film “Bandslam”.

In 2010, Scott appeared in the critically acclaimed romantic drama film “Dear John”, with Channing Tatum, Amanda Seyfried and Richard Jenkins, and following the end of “Friday Night Lights” in 2010, continued his television career with another long-running role, selected as one of the main stars in the TV romantic comedy-drama series “Hart of Dixie”, with Rachel Bilson in the lead role. He featured in all 76 episodes of the award-winning series, which turned him into a proper Hollywood star.

He subsequently became more focused on a career as a voice actor, though still appearing in a few notable roles in recent years, in 2018 in the film “Brampton’s Own”, and in 2019 guest-starrinmg in the TV series “Into the Dark”. Most recently, Scott portrayed Mayor Paul Randolph in the first season of the TV comedy-drama series “Ginny & Georgia” (2021).

Furthermore, he is working on the television drama movie “Taking the Peins”, in which he is set to star with Nikki Deloach and Eliza Hayes Maher. The film is currently in post-production and will be released later this year.

In addition to his on-screen career, Scott is known for voicing several prominent characters. He kicked off his career as the voice of Cyclops/ Scott Summers in the animated TV mini-series “Wolverine” in 2011, and the same year reprised character in the animated series “X-men”. In 2013 he voiced Luke in the video game “The Walking Dead: Season Two”, which earned him a Behind the Voice Award nomination in the category for Best Vocal Ensemble in a Video Game. Two years later, Scott voiced Dick Grayson/ Nightwing in the video game “Batman: Arkham Knight”, while from 2016 to 2017 he voiced Ben Reilly/ Scarlet Spider in the animated TV series “Ultimate Spider-Man”.

When it comes to his personal life, Scott has been married to casting director Kelsey Mayfield since 20 April 2013. The two met while working on the TV series “Friday Night Lights”, and since the wedding ceremony, the couple has welcomed two children, son McCoy Lee born in 2015, and daughter Clover Ash in August 2017.

As of mid- 2021, Scott Porter’s net worth has been estimated to be around $3 million, earned through his successful career as an actor, during which he has secured work on more than 55 projects, including films, TV series and animated series, all of which have added to his wealth.

This successful actor has bluish-green eyes and dark brown hair. He stands at a height of 6ft (1.83m), while he weighs approximately 176lbs (80kgs). His vital statistics are unknown, though he has an average figure.

Scott attended the same school as future screenwriter Jamie Linden and the two have been friends ever since, with Linden being a groomsman at his wedding. While at university he worked as a babysitter, and wasn’t one of the party guys at Lambda Chi Alpha fraternity.
His love for football has remained since his high school days, and he still sometimes plays it with friends.

Scott is a comic book fan, and has auditioned for several on-screen superhero roles, including Gambit in “X Men Origins: Wolverine” (2009), and Captain America in “Captain America: The First Avenger” in 2011, but without success. Scott has stated that he’s a huge fan of the Wizkids superhero miniature game “Heroclix”, and has worked on their YouTube channel, recording unboxing videos and reviewing the new expansions. It’s one of his main hobbies, as he enjoys both playing and reviewing the game.

Scott and his family are avid animal lovers and have a pet dog Truffle.