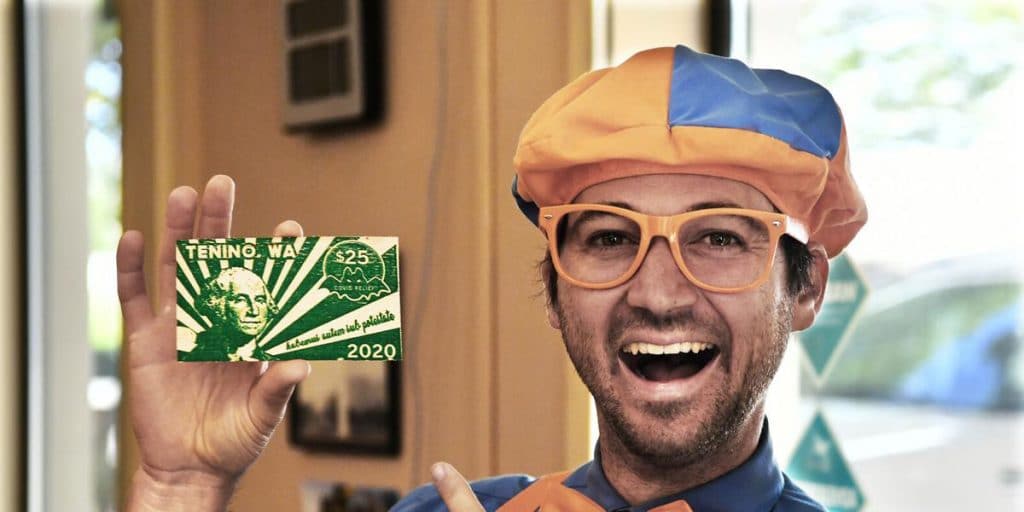 Who is Stevin John?

Stephen J. Grossman – better known as Stevin John a.k.a. Blippi – was born on 27 May 1988 under the zodiac sign of Gemini, in Ellensburg, Washington State USA. He is a 32-year-old entertainer and educator, probably best recognized for creating the Blippi educational videos for children on YouTube, Amazon Video, and Hulu.

How rich is he, as of now? Stevin John Net Worth

Being one of the highest-paid YouTube personalities, Stevin John’s net worth is estimated at over $16 million as of early 2021.

He earned his fortune through his successful involvement on the social media scene, various advertisements, sponsorships, and video monetization. He’s also increased his wealth through merchandise sales.

Stevin John spent his early years in his hometown of Ellensburg, where he was surrounded by cows, horses and tractors. Little is known about his parents except that the name of his mother is Nancy; he has a sister, whose name hasn’t been revealed to the public either.

Military Service and Other Work

According to his LinkedIn account, Stevin John started his career when he joined the US Air Force, serving as a loadmaster for the C-17 Globemaster airplane in the 4th Airlift Squadron. During his military service, he was in charge of ensuring cargo weight and placement were accurate, to keep the aircraft within permissible center of gravity limits throughout the flight.

He served from July 2006 to June 2008, thereafter moving to Los Angeles, California, to work as an SEO specialist at Wpromote from 2009 to 2010. He then pursued a career in business content creation, online marketing, and brand development. He’s worked as an independent filmmaker.

Rise to Fame as Blippi

In 2014, Stevin John came up with the idea of creating the character Blippi, after moving back to Ellensburg and with his nephew, watching videos for children of low quality on YouTube.

Blippi became the main protagonist of his educational videos for children, immediately launching his official YouTube channel, and started working on that. His character became recognizable for his costume, since he always wears orange suspenders, a blue shirt, bowtie, blue and orange beanie cap, and orange glasses – his mother Nancy created the costume. The first video, entitled “FARM TRACTORS – KIDS SHOW”, was released in February 2014.

Stevin continued to make videos, which received more attention and increased his fan base. He initially did all of the filming and editing, but eventually his production team expanded when his videos started amassing millions of views.

He has garnered more than 12.3 million subscribers onto his main channel, while his videos have attracted over nine billion views in total. Some of the most popular videos on his main channel are “Blippi Learns about Jungle Animals for Kids | Educational Videos for Toddlers”, “Videos for Toddlers with Blippi | Learn Colors and Numbers for Children”, and “Detective Blippi Video for Children | Police Videos for Kids”, to name a few.

Stevin John’s team then started to produce videos in other languages, including German, Spanish, Portuguese and Arabic.

They created the Blippi website, and a line of merchandise which includes Blippi dolls, apparel, DVDs, CDs, and digital downloads of the videos.

Besides that, Stevin launched a second YouTube channel under the name Blippi Toys, which is dedicated to various vehicles, trucks, trains, airplanes and many others. So far, he has almost 7.2 million subscribers to the channel, while his videos have been viewed over six billion times. The most viewed videos are “Blippi Plays at the Children’s Museum | Learn Colors for Toddlers”, “Learn Colors and Learn Shapes with Blippi | Educational Indoor Play Place”, and “Blippi at the Indoor Play Place | Learning Movements”.

Furthermore, the Blippi educational videos are available on such streaming services as Amazon Prime Video and Hulu.

Before he became Blippi, in 2013 Stevin John was active on YouTube under the alias Steezy Grossman. At the time, he created adult-themed comedy gross-out comedy videos, such as “Underwear Man” and “Turdboy”. The video entitled “Harlem Shake Poop”, in which he performed the Harlem Shake on a toilet seat, and pooped all over a naked friend, went viral. In his 2019 Buzzfeed interview, Stevin said that he regretted filming the video, and later used DMA takedown notices to remove it from the Internet.

Stevin John has short light brown hair and hazel eyes. He stands at a height of 5ft 10ins (1.78m), while his weight is around 158lbs (72kgs). Information about his vital statistics, biceps and shoe size isn’t available.

Personal Life – Is He Single or Not?

Stevin John is romantically involved with a girl named Alyssa Ingham. The public isn’t aware of how and when they started dating, but it’s known that their romance has lasted for several years. The couple regularly posts their cute snaps on social media. Their current residence is in Las Vegas, Nevada – both Stevin and Alyssa are avid dog lovers, and have two pet dogs named Lyno and Lily.