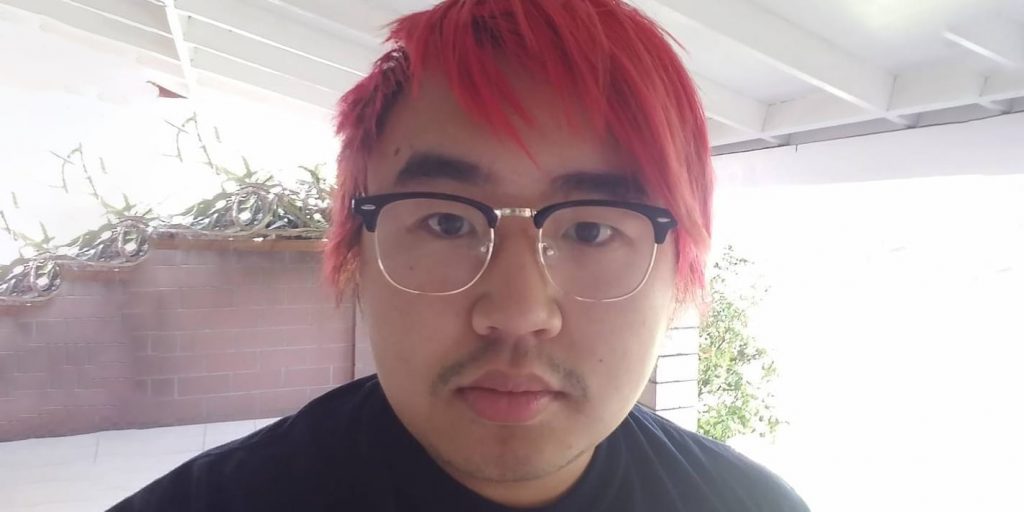 Asian Andy is an American internet celebrity, a YouTuber and a Twitch streamer. He’s garnered a lot of attention and controversy over the years, and doesn’t seem to be slowing down any time soon.

Asian Andy’s real name is Steve, but his surname isnt known to the public, as he likes to keep his personal life a secret, most likely to protect himself from strangers online. On Twitter, Andy revealed that his father’s name is Chai Mung Cau, which is a Vietnamese name, so Steven is most likely of Vietnamese descent.

Steven was born on 18 August 1994 in Los Angeles, California, USA; he has one sister, but her name as well as his mother’s name is unknown. His father owned a small computer store, and his mother was working in that store. Steven grew up in Los Angeles, but details regarding his education are not publicly known – he hasn’t talked about it in any of his videos, except that he was bullied in school. He was never involved in any sports, but found comfort in hip hop music and video games, which later made it possible for him to find friends online.

He matriculated in 2012, and most likely didn’t enroll at college, instead deciding to support himself.

Steven launched his YouTube channel on 1 June 2006, but it was mostly dead and empty until 2017, when he started posting regularly. Before being serious about his YouTube career Andy was an Uber driver, in fact one of the first videos he put out was from his car, as a driver. The format of his videos was an IRL (in real life) live stream; he would go about his everyday life, and the audience would be able to write comments in real-time, which would be read out loud through the text-to-speech program.

This feature is what initially made him stand out among other YouTube streamers, because Steven was not afraid to get incriminated and embarrassed by his viewers.

Members of his audience have to donate money to be able to access the text-to-speech option, and Steven immediately realized that this was a great way to make money and become famous, despite being the laughing stock of the internet. He also gained a lot of fame from his live streams while traveling, and going to stores while his stream is active.

The fact that he is willing to make himself so vulnerable to the actions of his viewers has led to a lot of confrontations in public, and he’s been banned from numerous places, such as his local Best Buy and Starbucks.

The video that made him a star among the internet streamer was what he did in an attempt to test his viewers – a live stream while he was sleeping, telling his audience to donate money and get the chance to wake him up. The attempts ranged from playing music to loud barking noises, etc. After eight hours Steven made a whopping $16,000, the most money any streamer has made in a single live stream!

Andy runs two channels on YouTube, one entitled “Asian Andy”, and the one “Asian Andy Live” which was launched on 2 August 2017, and contains all of his video blogs about himself going out in real life.

Andy’s channel seems to have become a mutual mocking contest between him and his audience. They mock him for the way he looks and the ways he seeks attention. In return, he mocks them for being invested in him so much that they are willing to give him thousands of dollars of their own money.

As much as Steven has let his viewers see him out and about in day-to-day life, he hesitates to show his more personal details.

There has been some speculation among his audience regarding Steven’s sexuality, because he’s never mentioned having a girlfriend.

In 2020 Steven has been accused of sexual assault by a fellow Twitch streamer, and friend Mia ( known online as ‘goblincub’). Due to a storm that hit their city, Mia didn’t have electricity and warm water, so she stayed at Steven’s house for a couple of days; she wasn’t alone, as there were several other content creators there. On the last night, when they were alone, Mia reports that Steven touched her inappropriately and made certain advances towards her.

In February she filed a police report against him, but nothing more is known.

Social media is the place where Steven found out about and joined the Purple Army – it’s a community of fans of a YouTuber called Ice Poseidon who has purple hair, hence the “purple” in the name. The Purple Army as a group advocates for mental health, giving support to people who struggle with anxiety, depression, autism, and various kinds of addictions.

This is due to Ice Poseidon being on the autism specter, and having a diagnosis of Asperger’s syndrome. Being a part of this community has helped Steven become as popular as he has, because many of the members are also digital creators on social media.

Steven has been known to pull pranks on other people. He once owed $14,000 to Hampton Brandon, and paid it off in $1 bills.

Steven has been known to love old-school hip hop, since he was a child. He also enjoys weight lifting, even though it would seem hard to believe at first look. He enjoys various sports actually, one of which is basketball.

Asian Andy is 5ft6ins (168 cm) tall, and weighs around 190 lbs (85 kg). His physical trademarks are his RayBan glasses, and the fact that he changes his hair color very often.

Steven’s main source of income are the donations coming through his live streams, and revenue from his YouTube video. His net worth is estimated at $500,000, as of mid-2021.