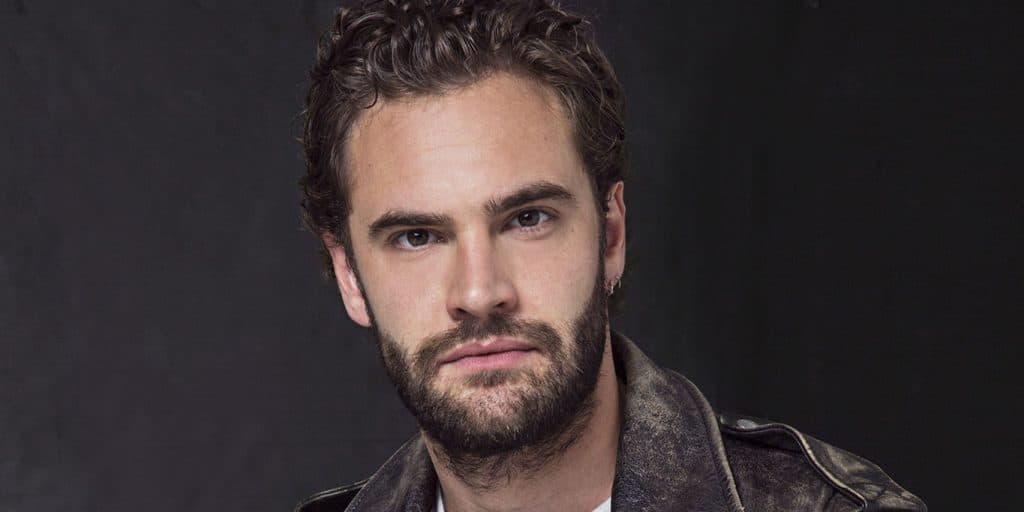 Who is Tom Bateman?

Thomas Jonathan ‘Tom’ Bateman was born on 15 March 1989 under the zodiac sign of Pisces, in Oxford, Oxfordshire, England. He is a 32-year-old actor, probably best recognized for landing the role of Giuliano Medici in the Starz / Fox historical fantasy drama series “Da Vinci’s Demons” (2013-2014), playing Bouc in the mystery thriller film “Murder On The Orient Express” (2017), and featuring as David Ferguson in the Netflix supernatural psychological thriller mini-series “Behind Her Eyes” (2021).

How rich is he, as of now? Tom Bateman Net Worth

As of early 2021, Tom Bateman’s net worth is estimated at over $700,000, earned through his successful involvement in the entertainment industry as a professional actor, working on 20 television and film titles since he launched his career back in the early 2000s.

Tom Bateman spent his early years in Jericho, Oxford, raised in a working-class family by his father who worked as a music teacher, and his mother who was a teacher in primary school.

The names of his parents haven’t been revealed to the public- he has 12 siblings including his twin brother named Merlin. He holds British nationality and belongs to White Caucasian ethnic group.

Tom Bateman went to Cherwell School, after which he joined the National Youth Theatre, then enrolled into the London Academy of Music and Dramatic Art on a prestigious Leverhulme Scholarship from 2009 to 2011. While in there, he performed in the play “Much Ado About Nothing” at the Wyndham’s Theatre in 2011, which was later adapted into a film.

Following his graduation, Tom Bateman became a member of Kenneth Branagh’s company at the Garrick Theatre. His career took off in 2013, when he made his debut TV appearance as Danny Hillier in the British-French crime drama TV series “The Tunnel”, aired on Sky Atlantic in the UK and Canal+ in France. He then joined the cast of the Starz/Fox historical fantasy drama series “Da Vinci’s Demons”, starring in the role of Giuliano Medici from 2013 to 2014.

In 2014, Tom made a guest appearance as Greene in the episode “The Unfaithful Husband” of the BBC Two/SundanceTV political spy thriller mini-series “The Honourable Woman”.

During the same year, he featured as William Shakespeare in the Noel Coward Theatre production of “Shakespeare In Love”, adapted from the Academy Award-winning film of the same title.

In 2015, Tom Bateman played Michael Redmane in the romantic comedy-drama film “Creditors”, directed by Ben Cura, and then performed as Florizel in the Garrick Theatre production of “The Winter’s Tale”, along with Judi Dench. His next significant role came later that year, when he portrayed Robert Jekyll in the British fantasy drama mini-series “Jekyll And Hyde”, based on Robert Louis Stevenson’s novella “The Strange Case Of Dr Jekyll And Mr Hyde”, aired on ITV.

Thereafter, Tom landed the role of Charlie in the short film “Exposure”, written and directed by Emma Moffat, and guest-starred as Justin Parker in two episodes of the ITV comedy-drama series “Cold Feet”, both in 2016. He then portrayed Marc in the thriller film “B&B”, and featured as James in Jonathan Levine’s comedy film “Snatched”, both in 2017. During the same year, he played Tony in the drama thriller film “Hi-Lo Joe” and starred as Bouc in the mystery thriller film “Murder On The Orient Express”, based on Agatha Christie’s novel of the same title.

In 2018, Tom Bateman made a guest appearance as Wilkes in the episode “The Body” of the Hulu horror anthology series “Into The Dark”, and played Rawdon Crawley in the ITV six-part historical drama mini-series “Vanity Fair”. It was followed by his portrayals of Trevor ‘Viking’ Calcote in Hans Petter Moland’s action-thriller film “Cold Pursuit”, alongside Liam Neeson and Tom Jackson, and John Beecham in the ITV historical drama series “Beecham House”, both in 2019. Most recently, Tom had the part of David Ferguson in the Netflix supernatural psychological thriller mini-series “Behind Her Eyes” (2021), alongside Eve Hewson and Simona Brown.

He will next reprise the role of Bouc in Kenneth Branagh’s upcoming mystery thriller film adaption of Agatha Christie’s “Death On The Nile”, next to Ridley Scott and Simon Kinberg, set to be released in February 2022. Moreover, he is currently filming Ron Howard’s upcoming biographical survival drama “Thirteen Lives”, in which he plays Chris Jewell.

Tom Bateman is in a relationship with famous “Star Wars” actress Daisy Ridley. They met each other while filming “Murder On The Orient Express” in 2017, immediately hit it off and became romantically involved. It’s believed that they became engaged in 2019, since she was spotted wearing a diamond ring. Moreover, the couple reportedly tied the knot in the following year; however, neither of them confirmed it, since they’ve decided to keep their relationship away from the eyes of the public.