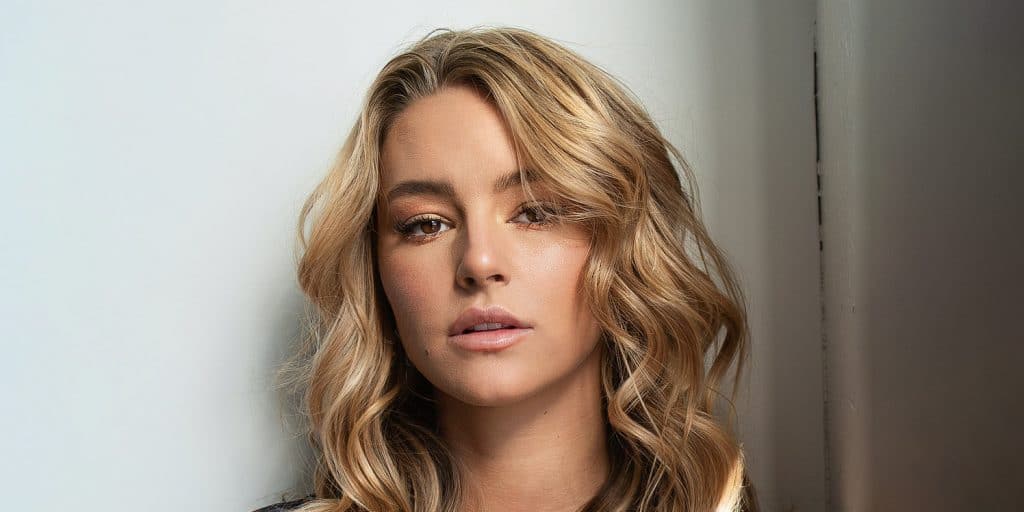 Who is Hassie Harrison?

Hassie Harrison was born in Dallas, Texas USA, on 20 March 1990 – her zodiac sign is Pisces and she holds American nationality. She is an actress and a model, who might be known best for her portrayal of one of the lead characters, Shelby Lockhart in the 2015 horror thriller film “Dementia” written by Meredith Berg and Raphael Margules, directed by Mike Testin and which also starred Gene Jones and Kristina Klebe. It follows a war veteran who hires a live-in nurse after he is diagnosed with dementia, but who hides a sinister secret.

sometimes i say idk even though i definitely be knowing pic.twitter.com/LOZ5TwP692

Hassie was raised in Dallas alongside her three sisters by their mother Laurie Harrison, who is a theatre actress and was involved with the Dallas Children’s Theatre while Hassie was growing up. Nothing is known about Hassie’s father.

Hassie became interested in acting at quite an early age, as she spent a lot of her spare time watching her mother practice and perform at the theatre. She attended a local high school at which she was mostly focused on acting, but was also interested in dancing and singing, and also dreamed about becoming a model one day. Upon matriculating in 2008, Hassie travelled overseas to Copenhagen, Denmark, to attend an acting school.

She worked as a model for several years before launching her acting career in 2014, with her appearance in the episode “Brus Brothers” of the comedy series “L. A. Rangers”.

Later in 2014, Hassie played Lucy in three episodes of the romantic comedy “Hart of Dixie”, created by Leila Gerstein, and which starred Rachel Bilson, Jaime King and Cress Williams. It follows the doctor Zoe Hart who moves to Bluebell, Alabama, after being invited to work for a doctor there, however, she finds him dead and learns that he has left his practice to her. The series won one award, and was nominated for four others.

In 2015, Hassie appeared in the episode “In the Blind” of the drama “The Astronaut Wives Club”, and she next played Laramie in five episodes of the critically acclaimed western drama “Yellowstone” in 2020, which starred Kevin Costner, Luke Grimes and Kelly Reilly. It follows a Montana ranching family as they protect their lands from those who wish to take it. The series has been airing since 2018, and has won two awards, and been nominated for four others.

Hassie’s most recent role in a TV series has been in 22 episodes of the comedy “Tacoma FD”, which stars Kevin Heffernan, Steve Lemme and Eugene Cordero. It follows a group of firefighters as they fight their own boredom, and has been nominated for a Golden Trailer Award for Best Comedy (TV Spot / Trailer / Teaser for a Series).

Hassie made her debut film appearance in 2015, when she was cast to play Jem in the horror “Southbound”, which starred Chad Villella, Matt Bettinelli-Olpin and Kristina Pesic, and was nominated for one award.

The following year saw Hassie appear in several short films, such as “Hayley Kiyoko: Gravel to Tempo”, “The First Time” and “Chunk & Bean”, then in 2017 she portrayed Stephanie in the comedy “Fat Camp”, which starred Chris Redd and Anabelle Acosta, and follows Hutch who is forced by his family to work at his uncle’s fat camp. In 2018, Hassie played the lead character Mazie Wales in the historical romantic drama “The Iron Orchard”, written and directed by Ty Roberts, and which also starred Ali Cobrin and Austin Nichols.

It follows the life of Jim McNeely, who worked on West Texas oilfields and eventually became a rich wildcatter; the film won four awards and was nominated for 10 others. Also in 2018, Hassie appeared as the gas station girl Kirsten in the action adventure family film “A-X-L”, and in 2020, she played Liz in the science fiction comedy “Max Reload and the Nether Blasters”.

Her most recent role in a film has been in the 2020 romantic comedy “Back to Lyla”, in which she starred as Lyla, alongside Emma Kenney and Tracie Thoms. Written by Guillermo Noriega and directed by America Young, the series follows a man who, after learning he is going to die soon, goes on a trip with his friends to find out why the love of his life abandoned him. It won a Festigious International Film Festival Award for Best First Time Screenwriter (Feature).

Hassie kept details of her relationship hidden from the media’s attention until 2018, when she attended the SeaChange Summer Party together with her boyfriend Austin Nichols. Austin is an American actor and film director, who might be known best for his portrayal of Julian Baker in the drama series “One Tree Hill”, while he’s appeared in various other series such as “John from Cincinnati” and “The Walking Dead”. The two have been dating since, and it doesn’t appear that they are planning to marry or have children anytime soon.

Before Austin, Hassie was in a relationship with American actor and film producer Wilson Bethel, who is perhaps known best for his roles in the series “Hart of Dixie” and “The Young and the Restless”.

As of January 2021, Hassie is dating Austin Nichols, hasn’t married and doesn’t have children.

She is interested in sports, especially basketball, and watched every single game that the Dallas Mavericks played while she was living in Dallas.

Some of Hassie’s favorite drinks and foods are coffee, yogurt and eggs, and she always has these in her home.

She is a fitness freak and has several training sessions at the gym each week, while she is also following a strict diet, thus her fit body.