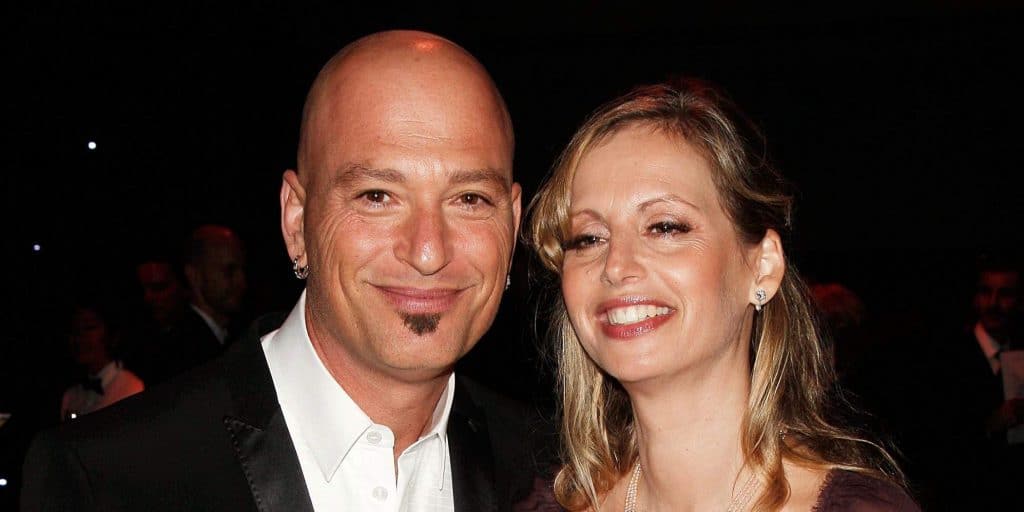 Who is Terry Mandel?

Terry Soil was born in Toronto, Ontario, Canada; she’s kept her exact date of birth hidden from the media’s attention, but apparently in 1955 – her zodiac sign is believed to be Aquarius and she holds Canadian nationality. Terry is a TV producer and entrepreneur perhaps known best for being the wife of Howie Mandel, a famous Canadian comedian, actor and film producer and director.

Terry was raised in Ontario, but hasn’t shared any details concerning her siblings and parents with the public, however, it is widely believed that her father was a businessman, while her mother was a housewife.

She attended W. K. Mackenzie Collegiate in Toronto at which she met Howie, and upon matriculating in 1973, Terry enrolled at Harvard University, While there she was physically quite active, and was interested in various things such as creative writing and acting. Terry graduated with a Bachelor’s degree in 1977.

Terry hasn’t shared much regarding her career, but it’s known that she’s the owner of The Abstract Talent Agency which she founded in Toronto.

Terry has appeared in only one TV show – “Tattletales” in 1982 – and served as the associate producer for the 1985 TV special “Howie Mandel: Live from Carnegie Hall”.

Terry and Howie are more-or-less secretive when it comes to their love life, but some details concerning their marriage are still known.

The two exchanged vows in a private ceremony attended by their closest friends and family in 1980, and in 1984, Terry gave birth to their first daughter Jackie Mandel, while their son Alex followed in 1989 – in 1992, they welcomed their second daughter, Riley. Terry and Howie are also grandparents as their granddaughter (Jackie’s daughter) was born sometime in the 2010s, and is named Abbey.

Neither Howie nor Terry have talked about anyone else they might have dated, so as of January 2021, Terry is married to Howie Mandel, and they have three children and a granddaughter.

Neither Terry nor Howie are big fans of cooking, and Terry has explained in one of her interviews that this might be the reason behind their long and happy marriage – they usually eat at restaurants every day, or simply order food which they have home-delivered.

She is a big dog-lover and has two pet dogs which she takes for walks every day. Terry has stated that long walks with her dogs are one of the things she enjoys the most.

She is keen on travelling and has been to various US states, while she today occasionally travels from Toronto to Los Angeles and the other way around because of her husband’s job.

Terry likes to watch movies late at night, and her favorite actor and actress are Russell Crowe and Anne Hathaway, while a couple of her favorite movies are “A Good Year”, “Robin Hood” and “Les Miserables”.

Who is Howie Mandel?

Howie Michael Mandel II was born in Toronto, Ontario, Canada, on 29 November 1955 – his zodiac sign is Sagittarius and he holds Canadian nationality. He might be known best for having hosted the game show “Deal or No Deal”, which aired from 2005 to 2019, and won two awards while it was nominated for nine others, including a Primetime Emmy.

Howie was raised in Toronto by his father who worked as a real estate agent and lighting manufacturer, and his mother who was a housewife. Howie was a problematic teenager whose sense of humor often created problems. including when he pretended to be a school official, and hired a company to build an additional room for his high school – this got Howie expelled.

So he started working as a carpet salesman, while he also did stand-up comedy at a club in Toronto, and was eventually invited to perform at The Comedy Store, which got him hired there as a performer – in 1980, he played his first lead character in the movie “Gas”. While he was already somewhat popular in Canada, he only became popular in the US after his portrayal of Dr. Wayne Fiscus in the medical drama “St. Elsewhere”, which aired from 1982 to 1988. During those years, Howie continued to do stand-up comedy, and had roles in various movies such as the comedy horror “Gremlins”, the comedy “A Fine Mess” in which he starred alongside Ted Danson, and the comedy “Little Monsters”.

The year 1990 saw him create and produce the animated comedy series “Bobby’s World” which aired until 1998 and won Howie a nomination for an Emmy Award. Howie then started his own talk-show “The Howie Mandel Show”, but it was cancelled after one season for poor ratings.

In 1999, he portrayed Jason in the eschatological movie “Apocalypse”, and then in 2002 played Sand Man in the fantasy comedy film “Hansel and Gretel”. In 2004, Howie was placed #82 on the list of the best 100 stand-up comedians of all time, compiled by the cable channel Comedy Central. In 2007, he was hired as the spokesperson of the buy.com website, and two years later on 9 January 2009, he started hosting his own show “Howie Do It”.

In January 2010, he was invited to serve as the judge on the talent show competition “America’s Got Talent”, and his tenure has been the longest of all the show’s judges.

Since 2013, Howie has been the executive producer of the hidden camera show “Deal with It”.

He announced in October 2008 that he was suffering from attention deficit/hyperactivity disorder (ADHD), and on 12 January 2009 Howie found himself at St. Michael’s Hospital in Toronto – it was reported that he had suffered a minor heart attack, but this was later revealed to be false. He is also suffering from obsessive compulsive disorder (OCD).

He is a author, having released his autobiography “Here’s the Deal: Don’t Touch Me” in 2009.