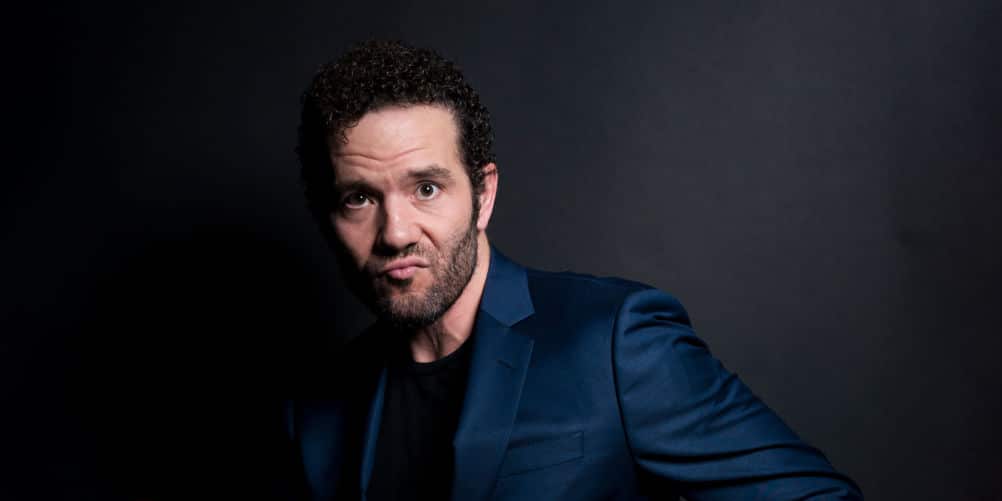 Who is Aaron Lohr?

Aaron Lohr was born in Los Angeles, California USA, on 7 April 1976 – his zodiac sign is Aries, and he holds American nationality. He’s an actor and a singer, with 40 acting credits to his name, while he’s perhaps still known best for his voicing of Max Goof in the 1995 animated adventure comedy movie “A Goofy Movie”, directed by Kevin Lima, and which starred Bill Farmer, Jason Marsden and Jim Cummings. It follows Max who has embarked on a trip with his father; the movie was nominated for five awards.

Aaron was raised in Los Angeles by his African-American father, and his Italian mother. He hasn’t spoken of having any siblings, so is believed to be an only child.

He became interested in acting at a very early age, and was seven years old when his parents began taking him to auditions. Aaron made his debut film appearance in 1984, with his portrayal of Young Boy in the music video “Deniece Williams: Let’s Hear It for the Boy”, while the following year saw him make his debut TV series appearance, with his portrayal of Boy in the episode “Cheers” of the comedy drama “St. Elsewhere”. He continued to act during his entire education.

Aaron attended a local high school, and upon matriculating in 1994, enrolled at the University of California, Los Angeles, from which he graduated with a Bachelor of Arts degree in theatre in 1997.

Aaron later continued his education at New York City’s John Jay of Criminal Justice, from which he graduated with a Master’s degree; he also holds a Master’s degree in psychology, from Phillips Graduate University.

In 1986, Aaron made a guest appearance in the episode “Tassles” of the comedy “Throb”, and gained recognition in the following year when cast to play Nikky Robinson, in the comedy “Bustin’ Loose”, which starred Jimmie Walker, Tyren Perry and Larry O. Williams, and follows Jimmy Walker, whose father has adopted several children, including him. The series was nominated for two awards.

In 1988, Aaron voiced Miguel in the animated family comedy “Scooby-Doo and the Ghoul School”, while a couple of his following roles were in the 1990 animated comedy drama “Cartoon All-Stars to the Rescue” (voice role), the 1991 drama “Wildest Dreams”, and the 1992 hit historical family drama “Newsies”.

In 1992, Aaron was cast to play Portman in the family comedy “D2: The Mighty Ducks”, directed by Sam Weisman, and which starred Emilio Estevez, Kathryn Erbe and Michael Tucker. It follows a hockey team competing in the Junior Goodwill Games; Aaron reprised his role in the 1996 sequel “D3: The Mighty Ducks”. The year 1997 saw him appear in the romantic comedy “Trojan War”, and in 1998 in the action thriller “Perfect Assassins”.

In 2000, Aaron was cast to star as Micky Dolenz, in the biographical musical “Daydream Believers: The Monkees’ Story”, while a couple of his following roles were in the 2005 romantic musical drama “Rent”, the 2007 crime comedy drama “Noise”, and the 2008 thriller “The Wreck”. In 2009, he portrayed John, in the romantic drama “Loving Leah”, directed by Jeff Bleckner, and which starred Lauren Ambrose, Adam Kaufman and Susie Essman. The film follows the marriage between a widow and her deceased husband’s brother, and was nominated for six awards, including a Primetime Emmy.

Aaron’s three most recent roles in movies have been in the 2013 adventure crime drama “Gone Missing”, the 2014 mystery crime drama “Zoe Gone”, and the 2017 comedy “A Change of Heart”.

In 1991, Aaron was featured in the short horror comedy video “Blood Drips Heavily on Newsies Square”.

He has sung six songs in six movies, including “A Goofy Movie”, “Disney Sing-Along-Songs: Honor to Us All” and “Rent”.

In 2001, he voiced Jak in the video game “Jak and Daxter: The Precursor Legacy”.

Aaron has been nominated for four Young Artist Awards, winning one: a 1984 Special Theater Arts Award.

Career as a psychologist

For nearly two decades now, Aaron has been mostly focused on working as a psychologist. He’s today a licensed marriage and family therapist (LMFT), and is also the clinical director at Avalon Malibu Residential Mental Health and Addiction Treatment Center.

It was revealed in early 2015 that Aaron was in a relationship with the American actress and singer-songwriter Idina Kim Menzel; Idina has appeared in close to 40 movies and TV series, and has won seven of the 26 awards for which she’s been nominated. She’s perhaps known best for having voiced Elsa in the award-winning 2013 animated adventure comedy movie “Frozen”.

In August 2015, Idina and Aaron bought a home together in Encino, Los Angeles, and on 23 September 2016, they both announced that they were engaged. They exchanged vows on 22 September 2017 in a private ceremony, attended by their closest friends and family members. The two don’t have children together, but Idina has a son from her first marriage with Taye Diggs, an American actor.

As of August 2021, Aaron’s married to Idina Menzel, and doesn’t have children.

Aaron’s physically quite active, and has a couple of training sessions at the gym each week. He also enjoys playing sports with his friends, and excels at hockey and tennis.

He’s into travelling, and has been to various US states, as well as to a couple of European countries, for both work and pleasure. His dream travel destination is Berlin in Germany.

He’s a lover of animals, and has two pet dogs. Aaron has donated money to several animal shelters and charity organizations, and is a supporter of People for the Ethical Treatment of Animals (PETA).

He enjoys watching movies in his spare time – his favorite actor and actress are Will Smith and Rosario Dawson, while some of his favorite movies are “Seven Pounds”, “Independence Day” and “I, Robot”.

As of August 2021, his net worth has been estimated at over $5 million.