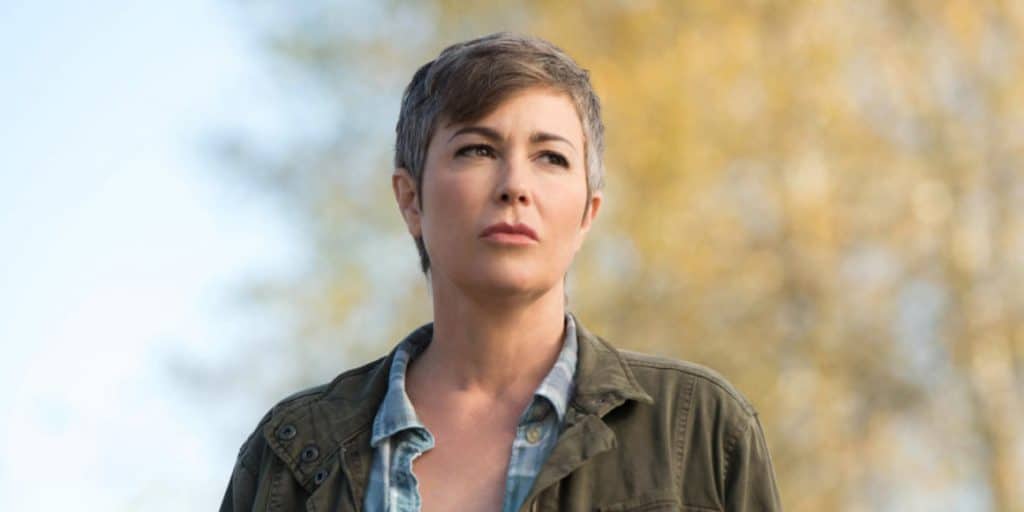 The Untold Truth About Kim Rhodes: Husband, Family, Net Worth

Who is Kim Rhodes?

Kimberly ‘Kim’ Rhodes was born on 7 June 1969 under the zodiac sign of Gemini, in Portland, Oregon USA. She is a 52-year-old actress, probably best recognized for landing the role of Cynthia ‘Cindy’ Brooke Harrison in the NBC soap opera “Another World”, playing Carey Martin in the Disney Channel sitcoms “The Suite Life Of Zack & Cody” and “The Suite Life On Deck”, and featuring as Sheriff Jody Mills in The WB’s fantasy horror series “Supernatural”.

How rich is she, as of now? Kim Rhodes Net Worth

As of mid-2021, Kim Rhodes’ net worth is estimated at over $6 million, acquired through her successful involvement in the world of entertainment as a professional actress, who has garnered over 60 television and film acting credits since she launched her career in 1990.

Kim Rhodes started pursuing her professional acting career when she made her debut TV appearance as Cynthia ‘Cindy’ Brooke Harrison in the NBC soap opera “Another World”, in which she starred from 1996 to 1999. She was nominated, alongside Mark Pinter, for Favorite New Couple at the 1998 Soap Opera Digest Awards, a role she later reprised in the CBS soap opera “As The World Turns” between 2000 and 2001.

Following the end of “Another World”, Kim performed as Jennifer Barton in William Mastrosimone’s 1998 play “Like Totally Weird” at the Actors Theatre of Louisville in Kentucky.

She then made guest appearances in numerous TV series, such as “Star Trek: Voyager”, “The Invisible Man”, “Strong Medicine”, and “CSI: Crime Scene Investigation”, among many others.

In 2001, she landed the role of Ann Sutton in the direct-to-video thriller film “In Pursuit”, next to Daniel Baldwin and Claudia Schiffer, and provided her voice to Yulana Oxila in the video game “Star Trek: Away Team”.

In 2004, Kim Rhodes had a part as Office Staff in the comedy film “Christmas With The Kranks”, directed by Joe Roth. She gained enormous popularity in the following year, when she joined the main cast of the Disney Channel teen sitcom “The Suite Life Of Zack & Cody”, starring in the role of Carey Martin for three seasons until it ended in 2008.

The series was created by Jim Geoghan and Danny Kallis; it received three Primetime Emmy Award nominations as well as three Nickelodeon Kids’ Choice Award nominations. She later reprised the role in its spin-off, entitled “The Suite Life On Deck”, appearing in several episodes between 2008 and 2011.

Concurrently, Kim continued to work on other projects – she played Harriett Doyle in the horror-comedy fantasy film “Mostly Ghostly”, landed the role of Jane Nichols in the romantic comedy film “Desertion”, and featured as Maureen O’Connor in the made-for-TV romantic film “A Kiss At Midnight”, all in 2008. Thereafter, she starred in several short films, including “Relish”, “Deadbeat”, and “The Death Of Toys”.

In 2010, Kim Rhodes gave voice to Jhet’leya in the video game “Star Trek Online”, and portrayed Dr. Dallas in the thriller-horror film “Cyrus”. Her next major role came when she was invited to play Sheriff Jody Mills in The WB’s fantasy horror series “Supernatural”, appearing in 16 episodes between 2010 and 2020. Concurrently. in 2011, she took the roles of Val Brookston in the Hallmark Channel romantic comedy film “Mystery Girl” and Christine in the direct-to-video fantasy comedy film “Beethoven’s Christmas Adventure”. It was followed by her portrayals of Lillian Rearden in the 2012 drama film “Atlas Shrugged: Part II”, which is the second installment of the “Atlas Shrugged” film series, and Ms. Menace in the 2014 comedy-drama film “Ru”.

She also guest-starred in such TV series as “Free Agents”, “Switched At Birth”, and “NCIS”, to name a few.

Between 2014 and 2016, Kim Rhodes was cast as Vicki Bowen in nine episodes of the live-action family TV series “Gortimer Gibbon’s Life On Normal Street” released on Amazon Prime Video. Concurrently, in 2014 she featured as Inspector Lestrade in the made-for-TV horror comedy film “Party Monsters”, and in 2016 she played Rachel in the USA Network sci-fi drama series “Colony” and landed the role of Betty in the adventure comedy film “Riding 79”.

She then guest-starred as Assistant Director Linda Barnes in the CBS police procedural crime drama series “Criminal Minds” and its spin-off “Criminal Minds: Beyond Borders”. Recently, she had the part of Mrs Bell in the family film “Jimmy’s Jungle” in 2018, and did the voice-over of Mariko Hyodo in the English version of the video game “Persona 5 Strike” in 2020.

Kim Rhodes is a married woman – her husband is independent film director Travis Hodges. They met each other while both of them were working on “Touched By An Angel” in 2002,  and the couple eventually exchanged their wedding vows at a ceremony that took place in Portland on 11 July 2006. They welcomed their first child, a daughter named Tabitha Jane Hodges, in May 2008; their daughter is autistic. The family currently resides in Los Angeles, California.

She is an avid fan of books and reading; in her spare time, she enjoys reading comics. She also enjoys dancing and playing pool.

She rewrote the lyrics for the song “All For The Best” from “Godspell” for her first AW Fan Club Luncheon.

Kim is a huge animal lover, and spent three years working as a veterinarian technician’s assistant. She supports the American Society for the Prevention of Cruelty to Animals (ASPCA).