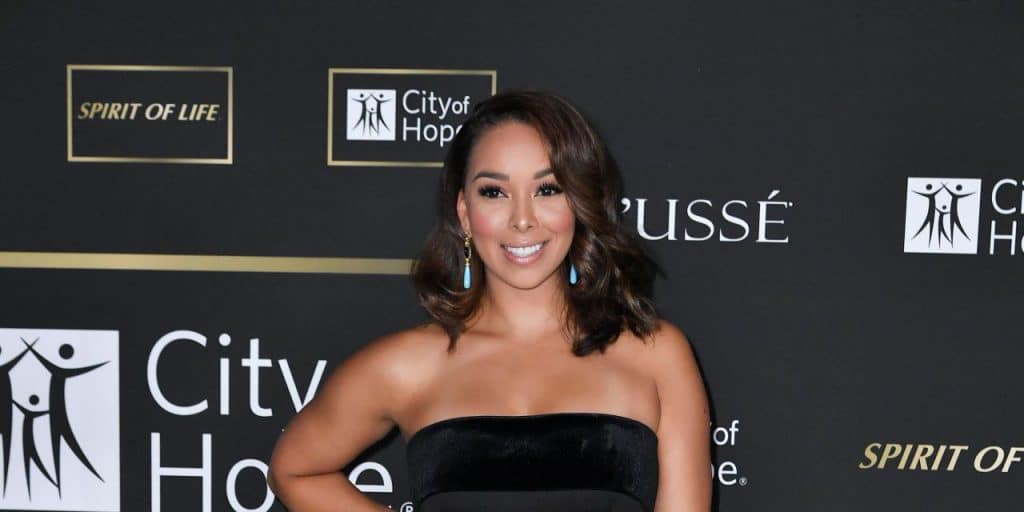 Who is Gloria Govan?

Gloria Govan was born in Oakland, California USA, on 22 February 1985 – her zodiac sign is Pisces and she holds American nationality. She’s a socialite, actress, reality TV star, and a social media star, but who’s probably known best for being the former wife of Matt Barnes, a famous American former professional basketball player.

Gloria was raised in Oakland alongside her sister Laura, by their parents about whom nothing is known, as they prefer to be left out of media.

She attended a local elementary school at which she became interested in modelling, as the vast majority of her peers wanted to become either models or actresses.

Posted by Gloriagovan on Wednesday, March 25, 2020

The girls often bought girly magazines together, and played sports hoping to shape their figures. In 1999, Gloria enrolled at a local high school at which she was still interested in modelling, and so sent her pictures to a couple of agencies. Upon matriculating in 2003, she chose not to pursue a college degree but to find work and financially support herself.

Gloria’s a social media star with close to 400,000 followers on her Instagram account, while she’s uploaded over 2,000 pictures, most of which feature her family. She has been active on Twitter since November 2010, and has gathered around 170,000 followers, and tends to tweet several times a week. Gloria also has a Facebook page, followed by around 50,000 people.

She’s also an actress, having made her guest appearance in 2012 when she portrayed V in the action movie “Clean Ops the Chronicles of V”, and in 2015, Gloria played a cocktail waitress in the drama “Chocolate City”.

She’s also a producer, of all eight episodes of the comedy series “Comedy Dynamics: Uncontrolled Comedy” in 2015.

In 2011 and 2012, Gloria starred in 30 episodes of the reality show “Basketball Wives LA”, and was then invited to appear in the talk-shows “Fashion News Live” and “Home & Family”.

The year 2014 saw her featured in the TV special “The 3rd Annual for the Love of R&B Live Music Event in Hollywood”, while Gloria was then invited to make a guest appearance in the talk-shows “According to Him + Her” and “Chasing LA”, as well as in the game-show “Celebrity Family Feud”.

In 2018, she appeared in the documentary movie “Fight the Force”.

Gloria and Matt Barnes met while she was attending eighth grade aged 14. It was in 2006 that the two started dating, and Gloria gave birth to their twin boys Carter and Isaiah. In 2012, Gloria and Matt married in a large ceremony attended by their wide circle of friends and family members, but in 2014 they separated, and their divorce was finalized in 2015.

She then began dating Derek Fisher, who’s a famous American basketball coach and who played in the National Basketball Association (NBA) for 18 seasons prior to becoming a coach. In 2018, Derek and Gloria became engaged but it appears that the two still haven’t set a date for their wedding.

As of March 2021, Gloria’s engaged to Derek Fisher, and was married to Matt Barnes with whom she has two sons.

Gloria’s physically highly active, as she has four to five training sessions at the gym each week, thus her slim figure.

She’s also following a strict diet, and occasionally shares her workout routine and dieting plan with her Instagram fans.

Gloria’s also interested in sports, as she skis and snowboards during winter and swims and goes running during summer. She’s taking good care of her mental health, as she does yoga and meditates on a daily basis.

She’s a lover of animals, with horses being her favorites, but she doesn’t have pets because she lacks time to take proper care of them.

In her spare time which is mostly late at night, Gloria enjoys watching movies starring her favorite actor and actress Ryan Gosling and Kate Winslet, such as “The Notebook”, “Titanic” and “The Eternal Sunshine of the Spotless Mind”.

Who is Matt Barnes?

Matthew Kelly ‘Matt’ Barnes was born in Santa Clara, California USA, on 9 March 1980 – his zodiac sign is Pisces and he holds American nationality. He’s known for having played 14 seasons in the NBA, and for winning the 2017 NBA Championship with the Golden State Warriors.

He was raised alongside his younger brother Jason in Santa Clara, by their African-American father and white mother.

Matt studied at Del Campo High School, at which he played both basketball and football and earned many honors in both sports including All-American, All-League and All-City. Upon matriculating in 1998, he enrolled at the University of California, Los Angeles, at which he played basketball, and graduated with a Bachelor’s degree in 2001.

In 2002, Matt was drafted by the Memphis Grizzlies of the NBA who traded him to the Cleveland Cavaliers, while he found himself playing for the Long Beach Jam competing in the American Basketball Association (ABA) for the 2002-2003 season. With them, Matt won the ABA Championship, then in mid-2003, he signed with the Los Angeles Clippers,and then with the Sacramento Kings in October 2004.

On 2 March 2017, Matt signed with the Golden State Warriors, then on 11 December of the same year, announced that he would be retiring from basketball.

In 2010, Matt was arrested for domestic violence – it’s believed that the neighbors reported him after hearing Gloria scream. In July 2012, he was arrested again after a police officer found he had a suspended license, and after he threatened the officer.