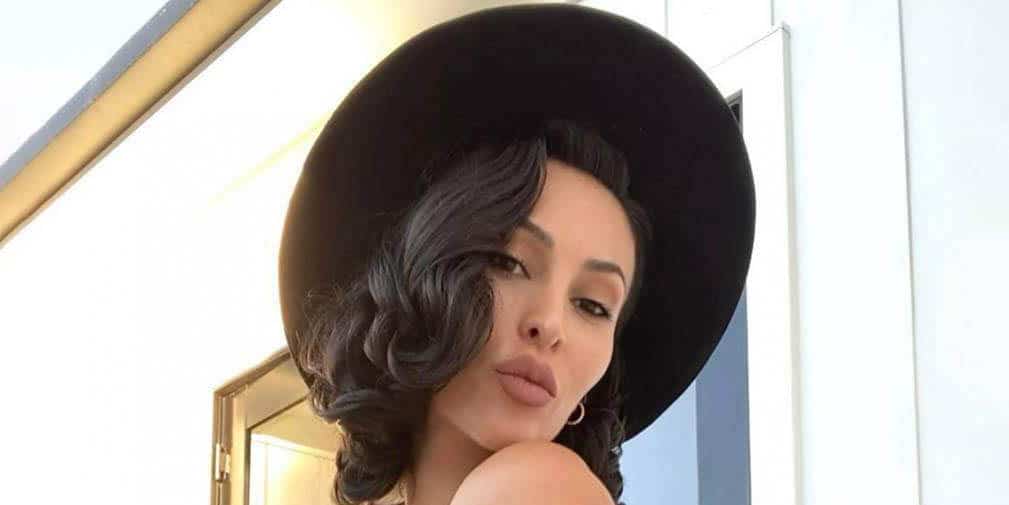 Who is Lilit Avagyan?

Lilit Avagyan was born on 30 November 1987 under the zodiac sign of Sagittarius, in the then Soviet Republic of Armenia. She is a 33-year-old professional dancer, dance teacher and choreographer, but is probably best recognized for being the wife of the former professional American Football player Reggie Bush.

How rich is she, as of now? Lilit Avagyan Net Worth

As of mid-2021, Lilit Avagyan’s net worth is estimated at close to $1 million, acquired largely through her successful career as a professional dancer. Moreover, she probably enjoys the wealth of her husband Reggie Bush, whose fortune is reputedly over $25 million.

Lilit Avagyan spent her early years in Armenia before she moved with her family to the United States. She was raised by her father, Avag Avagyan, who worked as an engineer at International Solar Electric, and her mother, Juleta Avagyan, residing in Chatsworth, Los Angeles. She has a sister named Anna Avagyan, who is involved in the fitness industry as an instructor and owner of a weekly boot camp. Lilit holds both Armenian and American nationalities, and belongs to the Asian ethnic group.

Lilit hasn’t shared any details about her education – she speaks English, and Russian fluently.

She has always been passionate about dancing and performing, and even studied dance for 12 years in Europe, to became a professional in Latin ballroom dance.

Lilit is a professional dancer, dance teacher, and choreographer. Thanks to her outstanding talent and skills, she has been awarded several times over the years – in 2008, she won the USA National Championships, and thereafter won the 2010 Rising Star Open dance competition in Florida. She has also represented the US in several international competitions, including the 2013 Latin American World Championship held in Australia.

Moreover, she participated in Louis Van Amstel’s Ballroom With The Twist. Lilit has also performed in the highly popular ABC TV dance competition show “Dancing With The Stars”.

Lilit Avagyan became romantically involved with Reggie Bush back in 2011. After three years of dating, the couple eventually exchanged their wedding vows at a ceremony held on 12 July 2014 at The Grand Del Mar in San Diego, California.

Who is her husband? Reggie Bush Short Wiki/Bio

Reginald Alfred ‘Reggie’ Bush Jr. was born on 2 March 1985 under the zodiac sign of Pisces, in Spring Valley, California USA. He was raised by a single mother Denise Griffin, who was a deputy sheriff at the Vista Detention Facility. His biological father is Reginald Alfred Bush, Sr.

His parents separated when he was young, and his mother later married Lamar Griffin, who worked as a security guard at a local high school, so Reggie has a younger half-brother named Javon Griffin. Reggie holds American nationality and belongs to the African-American ethnic group.

Reggie Bush started playing American Football at the age of nine, when he joined a local team in the Pop Warner league. Later, when he enrolled in Helix High School in La Mesa, California, he continued on, playing for the Helix Highlanders in the position of a running back. During his time there, he was awarded the prestigious Silver Pigskin trophy by KUSI’s Prep Pigskin Report.

In 2003, he participated in the US Army All-American Bowl, and was also named the No. 1 running back in the state by Rivals.com.

Upon his matriculation in 2003, Reggie Bush furthered his education on an athletic scholarship at the University of Southern California, where he played for the Trojans under head coach Pete Carroll.

He quickly distinguished himself, and as a freshman he topped the Pacific-10 Conference in kick-off returns, and set a USC freshman record with 1,331 all-purpose yards. He also earned consensus first-team All-American honors, and was a finalist for the Heisman Trophy.

In the following year, he was named a consensus All-American for the second time, while he eventually won the Heisman Trophy in 2005. During the same year, he was also the winner of the Doak Walker Award as the nation’s best running back, and the Walter Camp Award as collegiate player of the year. Moreover, Bush was named the Pigskin Club of Washington D.C. Offensive Player of the Year.

He then decided not to complete his senior year at USC, and placed his name in the 2006 National Football League (NFL) Draft. He finished his college career with 3,169 rushing yards and 25 touchdowns on 433 carries.

Reggie Bush’s professional playing career began when he was selected as the second overall pick in the first round of the 2006 NFL Draft by the New Orleans Saints, and signed a six-year contract worth $62 million. He made his NFL debut in the match against the Cleveland Browns, in which he amassed 141 total yards. Reggie finished his rookie season with 565 rushing yards and six touchdowns on 155 attempts, and was named to the NFL Pro Football Writers Association All-Rookie Team. Reggie continued to line up success in the following seasons, despite numerous injuries.

In 2008, he was named an All-Pro punt returner. One of the best games of his professional career happened in the next season when he rushed for 84 yards on five carries with a 46-yard touchdown run in the NFC divisional playoff game against the Arizona Cardinals. The same year, he led the team to win their first NFC championship, after which they made their first Super Bowl appearance. On 7 February 2010, they won Super Bowl XLIV with a 31–17 win over the Indianapolis Colts in Miami, Florida. He finished the 2010 season with 150 rushing yards and 34 receptions for 208 yards.

Reggie Bush and his Kim Kardashian look-a-like wife, Lilit Avagyan. Does anybody else think that's weird???Do you know…

In 2011, Reggie Bush was traded to the Miami Dolphins, and in his first season with the team, he amassed over 1,000 rushing yards for the first time in his professional career, finishing the season with 1,086 rushing yards, 43 receptions, and six rushing touchdowns, and was twice named AFC Offensive Player of the Week.

Thereafter, he signed a contract with the Detroit Lions for the next four years. He finished his first season there with 1,006 rushing yards and four rushing touchdowns with 54 receptions; he stayed with the team until he was released in 2015. He then spent the 2015 season with the San Francisco 49ers, after which he played with the Buffalo Bills for a season before he announced his retirement. In 2019, Reggie was inducted into the New Orleans Saints Hall of Fame.