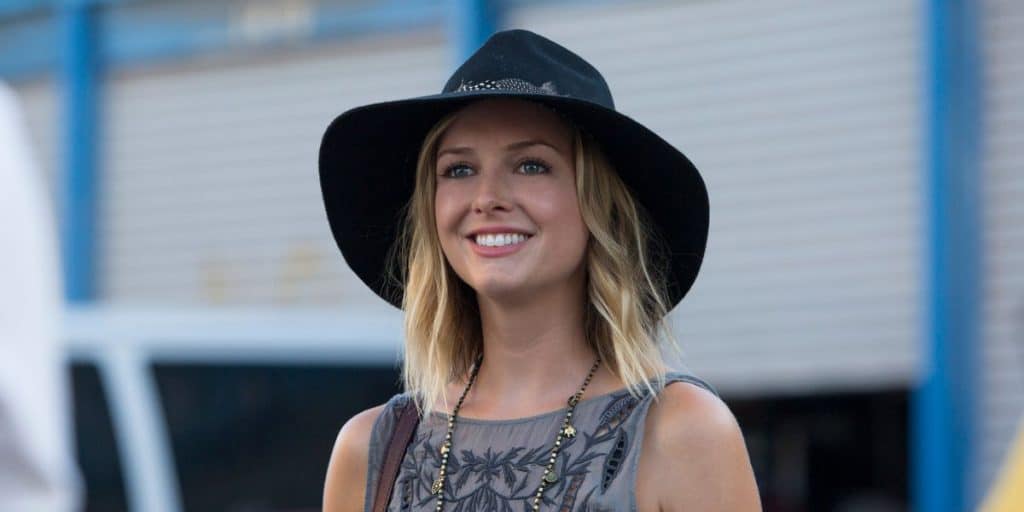 Who is Ruth Kearney?

Ruth Delia Kearney was born on 11 November 1984 under the zodiac sign of Scorpio, in London England and is a 36-year-old actress, probably best recognized for landing the role of Jess Parker in the ITV / Watch sci-fi drama series “Primeval” (2011), playing Daisy Locke in the Fox crime thriller series “The Following” (2015), and featuring as London in the Netflix original comedy series “Flakes” (2016-2017).

How rich is she, as of now? Ruth Kearney Net Worth

As of early 2021, Ruth Kearney’s net worth is estimated at over $2 million, acquired through her successful involvement in the world of acting as a professional actress, who has garnered 16 television and film acting credits since she launched her career in the late 2000s.

Ruth Kearney was born to Irish parents, so she spent one part of her childhood in London until the age of five, when her family moved to Monkstown, a small city outside of Dublin, Ireland. Information about the names and professions of her parents hasn’t been revealed to the public, however, it’s known that they divorced. Her father reportedly remarried, to a woman from California and they reside in Santa Barbara, while her mother lives in Switzerland. Ruth has an elder sister who lives in London, but her identity remains a mystery as well. She holds British nationality, and belongs to the White Caucasian ethnic group.

Regarding her education, Ruth Kearney went to St. Andrew’s College, Blackrock, and then enrolled into the prestigious Trinity College in Dublin, from which she graduated with honors in Drama and Classics. Right after her graduation, she attended the Bristol Old Vic Theatre School in Bristol, England, and graduated in 2009. While in there, Ruth started performing on stage, making appearances in such productions as “Oh! What A Lovely War!”, “Three Sisters”, “Othello”, “On The Razzle”, and “Man Of Mode”, starring next to her future husband Theo James, and Antonia Thomas.

According to her IMDB account, Ruth Kearney started her pursuing her acting career on TV and film in the late 2000s. She made her debut appearance in the supporting role of a party woman in the Canadian made-for-TV drama film “Booky’s Crush” (2009), directed by Peter Moss. Later that year she was chosen to play Miriam in the made-for-TV biographical comedy-drama film “Gracie”, based on the life and career of the famous British film star and singer Gracie Fields.

Rise to Fame and “Primeval”

Ruth Kearney gained enormous popularity after being selected to portray Jessica ‘Jess’ Parker in the TV mini-series “Primeval: Webisodes” in 2010.

It was released in the run-up to the fourth season of the hit ITV / Watch sci-fi drama series “Primeval”, in which she reprised the role of Jess in 2011. During the same year, Ruth also guest-starred as Jenny Proctor in two episodes, entitled “Broken” and “Everything To Play For”, of the BBC One medical drama series “Holby City”, and landed the supporting role of waitress Stacey in David Richards’ made-for-TV Christmas drama film “Fast Freddie, The Widow And Me”, starring alongside James Weber Brown, Laurence Fox and Davood Ghadam. Thereafter, Ruth made a guest-starring appearance as Senator Gottfried’s wife in the episode “Loving The Alien” of the USA Network action-drama series “Covert Affairs” (2012), which was followed by his portrayal of Angel in the made-for-TV action-adventure drama film “Jet Stream” (2013), written and directed by Jeffery Scott Lando.

Continued Success: “The Following” and “Flaked”

In 2014, Ruth Kearney appeared as a guest-star in the role of Katharina in two episodes, “What The World Needs Now” and “Preventative Medicine”, of the FX political drama thriller series “Tyrant”, after which she was cast as Daisy Locke in the third season of the Fox crime thriller series “The Following” (2015), created by Kevin Williamson. Thereafter, she was chosen to portray the female lead London in the Netflix original comedy series “Flaked”, aired from 2016 to 2017.

Following the end of the series, Ruth went on to guest-star as Becca Morgan in three episodes of the Epix’s comedy-drama series “Get Shorty” in 2017.

In 2018, Ruth Kearney landed the role of Clara in the short comedy thriller film “Taco Bell: Web Of Fries II – Franchise Wars”, directed by Wally Pfister. It was followed by her portrayal of Eliza Campion in three episodes of the British historical romantic drama television series “Sanditon” (2019), which was broadcast on ITV in the UK and PBS in the US.

In the following year, she featured as Tess in the drama film “Trouble Will Find Us”, written and directed by Alexander Milo Bischof, and was then cast as Emer in the Irish comedy television series “Finding Joy”, next to Amy Huberman, Paul Reid and Hannah James-Scott.

Ruth Kearney is married to British actor Theo James, best known for his portrayals of Tobias ‘Four’ Eaton in “The Divergent Series” film series, and David in the “Underworld” franchise.

The public isn’t aware of how and when the two met, since they became romantically involved before they came to prominence. Nonetheless, it’s believed that happened while both of them attended the Bristol Old Vic Theatre School in Bristol, England back in 2009. They managed to hide their romance under the wraps, and exchanged their wedding vows at a top-secret ceremony in Islington Town Hall in London, on 25 August 2018, and are still going strong. The lovebirds don’t have children. Their current residence is in Los Angeles, California. In her spare time, she enjoys hiking.