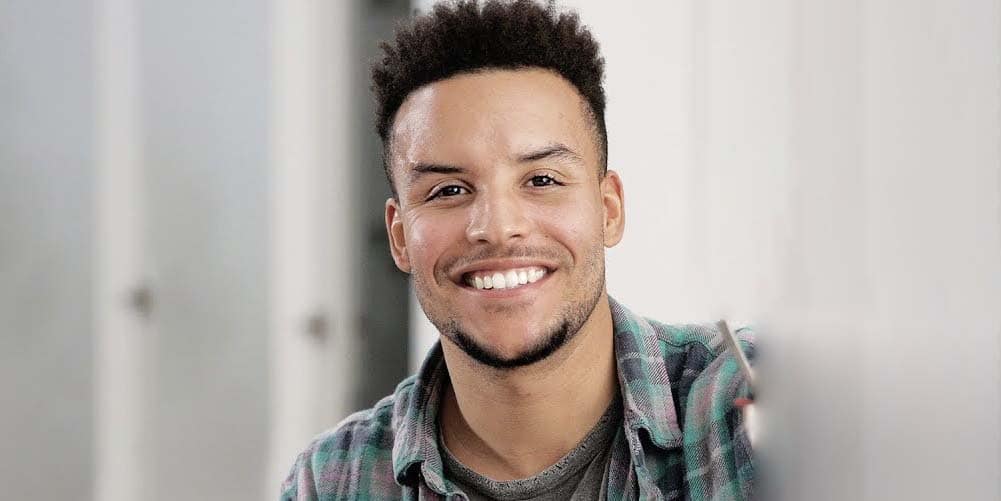 Who is Tavior Mowry?

Tavior Dontae Mowry was born in Fort Irwin, California USA, on 5 July 1993 – his zodiac sign is Cancer, and he holds American nationality. He’s a music producer, but who’s probably known best for being the brother of famous American actress Tia Mowry.

Tavior was raised in California, alongside his twin sisters Tia and Tamera and younger brother Tahj Mowry, by their father Timothy John Mowry, and their mother Darlene Renee Mowry (nee Flowers). His brother is also an actor, while their parents were both Sergeants serving in the US Army.

Tavior grew up being interested in football, and began playing it after he enrolled at Westlake High School.

He was also into other sports, including baseball and soccer, but remained focused on football, as he was amongst the best players at his school. Upon matriculating in 2011, Tavior was offered a football scholarship by the University of California, and he then began playing for their Golden Bears.

In 2012, he played only four games with the team as he suffered a serious injury. He showed amazing skills in 2013, and there were rumors circulating the internet that a couple of National Football League (NFL) teams showed interest in him, however, Tavior suffered another injury, and had to retire from the sport.

He still remained focused on his education, and obtained a degree in sociology in 2014.

Tavior then completed a course in audio engineering, and spent some time working as a wine salesman.

Career as a music producer

Tavior has been working as a music producer for close to five years now, but is yet to gain recognition. He was tutored by Zach Phillips, and amongst the most popular people and bands with whom Tavior has worked are The Kooks, Jessie Ware and Talib Kweli.

Tavior also plays the bass guitar and the piano.

Tavior’s quite secretive when it comes to his love life, and hasn’t shared many details regarding the women (and/or men) whom he has perhaps been with, however, it’s widely known that he’s today a married man.

Sometime in 2020, Tavior exchanged vows with Zandy Mowry, a social media star with close to 30,000 followers on Instagram. She’s a guitarist, and a member of the band The New Respects, and has stated on social media networks that her career as a musician has taken her all around the US.

Neither of the two have spoken of how and when they met, but it’s believed that it was a music project that connected them, and that they were in a relationship for two years prior to exchanging vows. It doesn’t appear thet the two are planning to have children anytime soon, as they’re both focused on their careers.

As of June 2021, Tavior’s married to Zandy, and doesn’t have children.

Just as his other half, Tavior also likes to travel, and has been all around the US for both work and pleasure, while he’s also been to various European and Asian countries. His dream travel destination is Amsterdam in the Netherlands.

He’s a lover of animals with dogs being his favorites, and Tavior’s a huge supporter of the organization People for the Ethical Treatment of Animals (PETA).

He likes to watch movies in his spare time – his favorite actor and actress are Robert De Niro and Emma Watson, while a couple of his favorite movies are “GoodFellas”, “Raging Bull” and “The Intern”.

Tavior’s physically active, and has a couple of training sessions at the gym each week, thus his muscular body. He’s also following a diet, developed specifically for him.

Who is his sister Tia Mowry?

Tia Dashon Mowry-Hardrict was born in Gelnhausen, West Germany on 6 July 1978 – her zodiac sign is Cancer, and she holds American nationality, as her American parents were only stationed in the US Army in Germany when she was born.

She gained recognition after she and her twin sister starred in the comedy series “Sister, Sister” from 1994 to 1999, while they also starred together in the 2005 Disney movie “Twitches”.

Tia became interested in acting at a very early age, and was 12 when she and her sister convinced their mother to let them move to California, so that they could pursue an acting career. The girls then moved with their mother, but she set a condition: they had to land a role within a month after settling in Los Angeles, California. It was somewhat easy for Tia and Tamera to start appearing in commercials and TV series, and they then became famous through their roles in “Sister, Sister”.

Their brother Tahj also followed in their footsteps, and became popular for his performance in the comedy series “Smart Guy”.

After “Sister, Sister” ended, both Tia and Tamera enrolled at Pepperdine University, and obtained their Bachelor degrees in psychology. A couple of Tia’s following roles were in the 2002 teen comedy movie “The Hot Chick”, the cartoon “Bratz” (voice role) and the 2006 comedy series “The Game”, which won her a nomination for both an NAACP Image Award, and a Teen Choice Award for Best Actress in Comedy. In July 2011, the sisters began starring in their own reality show “Tia & Tamera”.

Tia’s also an author, having published her book “Oh, Baby: Pregnancy Tales and Advice from One Hot Mama to Another” in May 2012. Between 2013 and 2015, she starred in the comedy series “Instant Mom”, and from 2015 to 2017, she starred in her own reality show “Tia Mowry at Home”. It aired on Cooking Channel, and features Tia while she’s preparing various foods. Since 2019, she has been starring in the comedy series “Family Reunion”.

In 2000, Tia met the American actor Cory Hardrict while they were shooting for the movie “Hollywood Horror”. They became engaged on 25 December 2006 (Christmas Day), and exchanged vows on 20 April 2008, in front of their wide circle of friends and family members. On 28 June 2011, Tia gave birth to their son, and on 5 May 2018, their daughter followed.