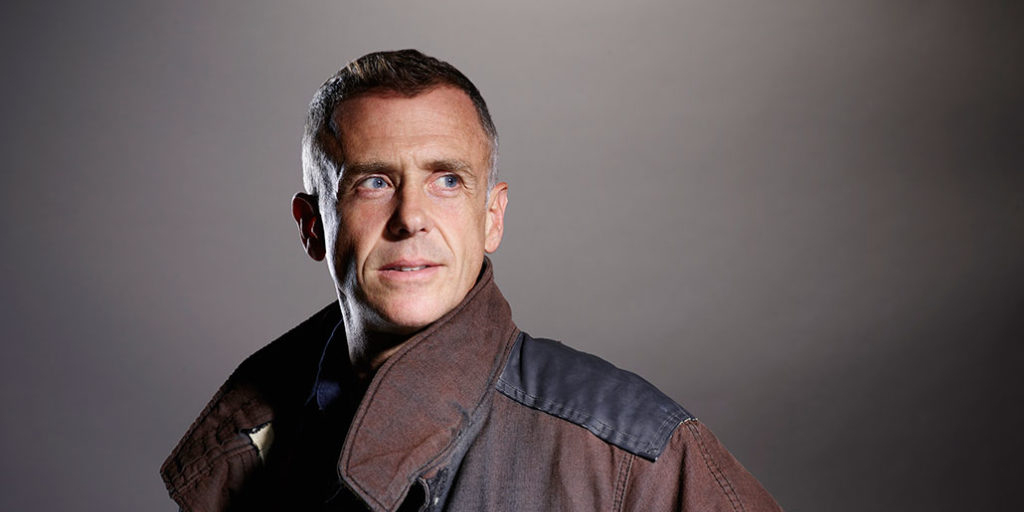 Who is David Eigenberg?

David Eigenberg was born in Manhasset, New York State USA, on 17 May 1964 – his zodiac sign is Taurus and he holds American nationality. He is an actor, who is probably still known best for his portrayal of Steve Brady in the romantic comedy series “Sex and the City”, created by Darren Star and which starred Sarah Jessica Parker, Kim Cattrall and Kristin Davis. It follows four women living in New York in the ‘90s, as they talk about their sex lives and date various men. The series aired from 1998 to 2004 and won 48 awards including eight Golden Globes, while it was nominated for 166 other awards.

David was raised in Naperville, Illinois, as his family including five sisters moved there not long after he was born. His father Harry worked as a public accountant while his mother Beverly was the owner of several pre-schools. David was raised as an Episcopalian which is his mother’s religion – his father was Jewish.

He attended a local elementary school at which he was interested in sports, playing football for the school’s team while he also practiced wrestling and martial arts.

He was 12 when he appeared in his first play “Happy Birthday Wanda June”, then after matriculating from high school in 1982, David joined the US Marine Corps Reserve spending three years there and reaching the rank of Lance Corporal; he was honorably discharged in 1986.

David spent the following two years auditioning for roles in TV series and movies, and worked various jobs in the meantime to financially support himself.

David made his debut film appearance in the 1989 comedy “Rude Awakening”, which received mixed reviews, and the following year saw him appear in three mediocre-rated movies: the comedy “In the Spirit”, another comedy “How to Murder a Millionaire”, and the thriller “By a Thread”.

David gained recognition in 1998 when he portrayed Stein in the crime thriller “A Perfect Murder”, which starred Michael Douglas, Gwyneth Paltrow and Viggo Mortensen, and follows a rich man who discovers that his wife has a lover, and then plans how to make the man kill his wife; the film was nominated for five awards winning one. In 2002, he appeared in the mystery horror “The Mothman Prophecies” which starred Richard Gere, then in 2004 David made his debut voicing performance in the animated family comedy “Garfield”. He next portrayed John in Jordan Roberts’ drama “Around the Bend”, which starred Michael Caine and Christopher Walken, and follows a divorced man as he goes on a road trip to see his father.

David has mostly been focused on appearing in TV series in the past 15 years, so three of his most recent roles in movies have been in the 2012 biographical romantic drama “Liz & Dick”, the 2016 short action “Legend of Echo”, and the 2018 thriller “An Acceptable Loss”. He has recently been cast to portray Henry Magnus in the upcoming comedy “Killing Eleanor”.

David made his debut TV series appearance in the 1992 episode “Theo’s Future” of the romantic comedy “The Cosby Show”, which was a hit winning 55 awards including three Golden Globes. David’s first notable performance was in 1997, when he portrayed D. A. Harvey Welk in three episodes of the mystery crime drama “The Practice”.

In 1998, he was cast to play the supporting character Nick Delvecchio in the action adventure “Soldier of Fortune, Inc.”, and then spent the following years appearing in single episodes of various series, such as the crime drama “The Jury”, the mystery science fiction drama “The 4400”, and the crime mystery “Without a Trace”. The year 2010 saw David portray Arnold Pinter in the action crime drama “Justified”, which follows the US Marshal Raylan Givens working in Miami; it won 10 awards including two Primetime Emmys.

His following notable performance was in the action crime drama “Chicago P. D.”, in which he portrayed Christopher Herrmann in 14 episodes, a role David reprised in “Chicago Med” and “Chicago Fire”, which are also his two most recent appearances in TV series.

David is quite secretive when it comes to his love life, and hasn’t shared many details concerning his wife Chrysti Eigenberg, nee Kotik. She was in the US Army when they met, but it is believed that she decided to become a housewife after the birth of their first child.

The two met at a United Service Organization (USO) gala night and soon started dating. David and Chrysti exchanged vows in front of their closest friends and family on 1 March 2003, and decided not to have children straight away so that David could focus on his acting career. Their son Louie Steven was thus born on 19 January 2009 and their daughter Myrna Belle followed on 31 January 2014.

The family of four is leading a seemingly happy life together, despite a few bumps in the road along the way.

Neither Chrysti nor David have mentioned any other people they might have dated, so as of February 2021, David is married and has two children.

David was physically very active when he was younger, as he had multiple training sessions at the gym each week, and followed a strict diet.

He has recently become interested in politics, and has criticized the behavior and actions of the former President of the United States of America Donald Trump. David voted for Joe Biden during the 2020 presidential election, and urged others to do the same.

He is a philanthropist who has worked with various charity organizations and donated money to several, including The Red Nose Day. David is a supporter of the movement Black Lives Matter.

In his spare time, he likes to watch movies starring his favorite actor and actress Robert De Niro and Natalie Portman, such as the trilogy “The Godfather”, “Taxi Driver” and “V for Vendetta”.

As of January 2021, his net worth has been estimated at over $6 million.