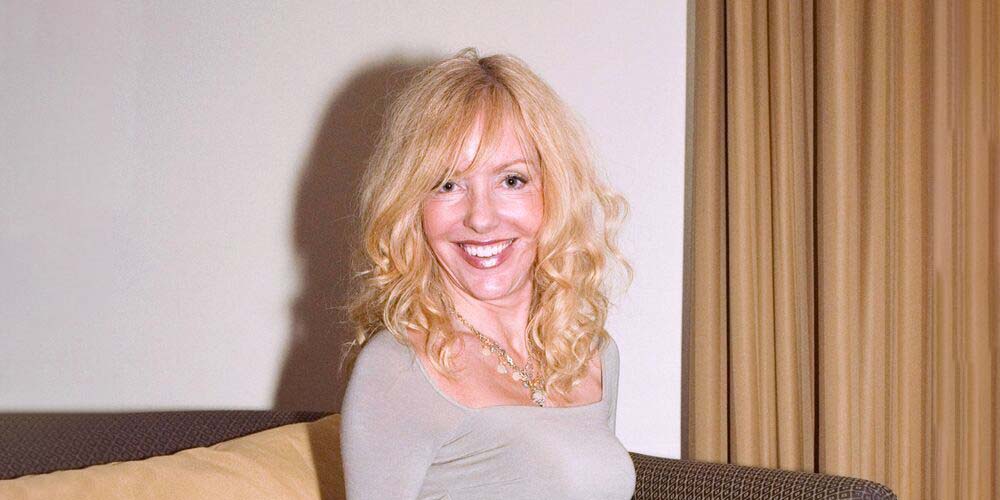 Shelby Chong is a well-known American producer, comedian and actress, but who really came into the limelight when she became the wife of the famous actor, Tommy Chong and for producing “Still Smokin” and “Things Are Tough All Over.”

Shelby ‘Sharon’ Fiddis was born on 1 February 1948 under the Aquarius zodiac sign, in Los Angeles, California, which makes her 73 years old as of 2021. She was born to parents whose names she hasn’t disclosed, but are known to be of British and Irish ethnicities. She was raised in Hollywood, and since she a child was unsurprisingly interested in acting.

As she was growing up, Shelby began doing stand-up comedy, and was seen performing in various clubs situated in her hometown, Los Angeles.

Fiddis’ family relocated to Canada, where she was enrolled into Gladstone Secondary School, located in Vancouver, British Columbia, and matriculated in 1966.

She likes travelling, and has visited many destinations in North America and Europe..

She likes keeping fit, and still hits the gym occasionally.

As Shelby was performing in clubs, she was fortunate enough to meet several influential actors and comedians, including her future husband, Tommy Chong, who gave her a chance to explore the showbiz industry. She made her debut on-screen in 1980, when given a guest role in the film entitled “Cheech and Chong’s Next Movie,” which was directed by Tommy Shelby, before she appeared in several other movies in the ‘80s, including 1981’s “Nice Dreams,” in which she featured as a bodybuilder in the film also directed by her husband, “Cheech and Chong’s The Corsican Brothers,” for which she was an associate producer, and “Things Are Tough all Over” in 1982.

She was also selected to play a minor role in the action film “Tripwire” (1989), which despite receiving positive reviews was a commercial disaster, and the following year in “The Spirit of ‘76.”

In the ‘90s, Shelby was assigned a guest-starring role in 1993’s horror movie “Sandman”, after which she took a long break from the screen. She quit acting in 1996, and prioritized stand-up comedy alongside her spouse – Shelby Chong and Cheech Martin had split in 1985, after which her husband ventured into comedy alone. During this period, Shelby appeared as Tommy’s opener whenever he made a live performance, before she became his partner in comedy from 1996 until 2000.

She made an acting comeback, and assumed an untitled role in 2002’s “High Times Potluck.” When Cheech & Chong reunited in 2002, she came in as the duo’s opening act during their international (and sometimes national) shows.

Shelby remained in acting until 2010, before she quit to focus on production works. Some of her recent works as a producer include 2019’s “Homewrecker” film, and several others.

Shelby is married to Tommy Shelby, whom she started dating before he divorced Maxine Sneed. They welcomed their first-born son, Paris, in 1974 and tied the knot two years later in a colorful wedding ceremony held in Los Angeles, California.

They were blessed with a second child, Gilbran, in 1981 before they welcomed their daughter, Precious Chong five years later. Before Shelby gave birth to Gilbran, they adopted Marcus Wyatt, son of Martin Wyatt.

Shelby once revealed that she is a pro-marijuana activist together with her husband, and that they have reached an agreement about their smoking habits, even confessing that her husband is more interesting when he gets high. The duo have been advocating the legalization of marijuana in the US, and Shelby believes that smoking cannabis comes with many benefits, not to mention the huge income the government would reap from the healthcare industry once it is legalized.

Shelby admitted that she uses ‘Botox’ every few months, to enhance her look.

Shelby is American of mixed ethnicity, who has a slim figure, is 5ft 4ins (1.62m) tall and weighs about 120lbs (54kgs). She has blue eyes and long blonde hair, and has maintained her body well – her fans find her face captivating and deem her smile charming.

Shelby earns close to $200,000 from her career as an actress and also gets hefty income from her profession as a comedian. A huge proportion of her net worth comes from her production profession too, so is worth close to $4 million as of 2021.

Who Shelby Husband, Tommy Chong Is

Tommy was born T. Bing Kin Chong, on 24 May 1938, in Alberta, Canada to a waitress Lorna Jean of Scottish, Irish and Canadian roots, and Stanley Chong of the Chinese descent who worked as a truck driver. Tommy started playing guitar at the age of 16 when he was in high school, before he started his musical career.

He was once a member of Shades soul band in the ‘60s, before he embarked on his acting and comedy careers.

Before marrying his second wife, Shelby, Tommy was married to Maxine, who is of Cherokee and Black Canadian ancestry, and had welcomed two daughters, Robbi Chong and Rae Dawn together.

Chong has been true to marijuana support, and contributes regularly to Cannabis Culture Magazine and is also a member of the advisory board called National Organization for the Reform of Marijuana Laws (NORML).

In 2012, Chong was diagnosed with prostate cancer, but has stated that he was cured after he started using hemp oil frequently.

Unfortunately, he was diagnosed again with colorectal cancer, but has remained strong and has luckily been able to beat the disease.

The talented stand-up comedian has on a couple of occasions faced serious legal problems for being a member of Operation Pipe Dreams, and for his marijuana use. He was put on trial and sentenced to serve a nine months prison term at Taft Correctional Institution. While he served his sentence, he interacted with Jordan Belfort, known to many as the earliest ‘Wolf of wall Street,’ who was his cellmate.

Chong is worth close to $8 million according to authoritative sources. He lives a lavish lifestyle and has classic cars such as Jaguar Mark IX, and also owns a Pacific Palisades house that is built on more than 5,000 square feet of land.