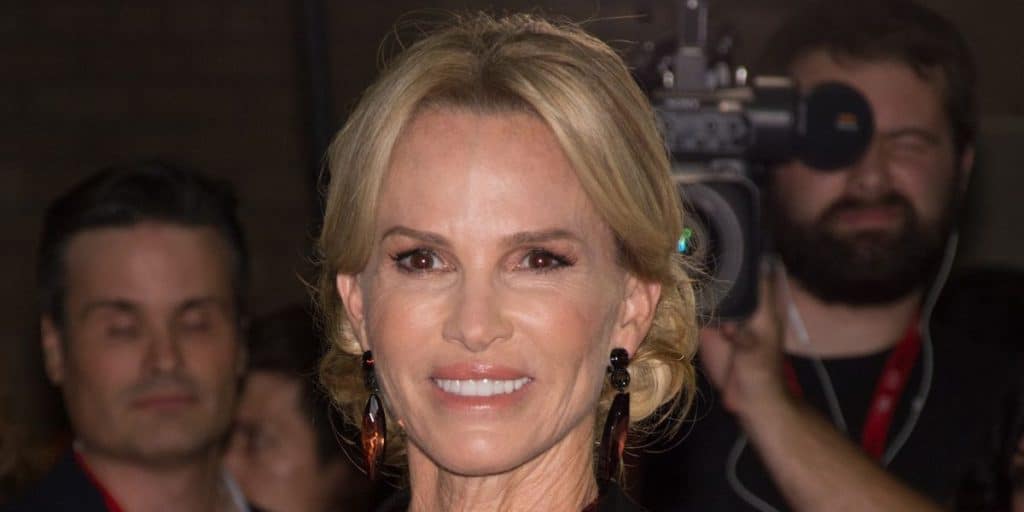 Who is Janet Jones?

Janet Marie Gretzky (née Jones) was born on 10 January 1961 under the zodiac sign of Capricorn, in Bridgeton, Missouri USA. She is a 60-year-old former actress, probably best recognized for landing the role of Officer Kate in the comedy film “Police Academy 5: Assignment: Miami Beach” (1988) and featuring as Racine Pitcher in the sports comedy film “A League Of Their Own” (1992). She is also well-known as the wife of Canadian former star professional ice hockey player Wayne Gretzky.

How rich is she, as of now? Janet Jones Net Worth

As of mid-2021, Janet Jones’ net worth is estimated at over $10 million, acquired through her successful involvement in the world of entertainment as a professional actress, who garnered almost 20 television and film acting credits while her career was active from 1974 to 2014. It’s assumed that she also partly enjoys the wealth of her husband Wayne Gretzky, whose fortune is estimated at over $250 million.

Janet Jones spent her early years in St. Louis, Missouri, where she was raised by her father, Robert Jones who worked in the aviation industry, but who passed away of cancer when she was 15 years old, and her mother, Jean Jones; she is the second youngest of seven children. She holds American nationality and belongs to White Caucasian ethnic group. Regarding her education, Janet went to Pattonville High School in Maryland Heights, Missouri.

Prior to becoming an actress, Janet Jones was involved in the fashion industry as a model. She eventually started her acting career by debuting in the short film “Gollocks! There’s Plenty Of Room In New Zealand” in 1974. Five years later, she appeared as a contestant in the musical variety TV show “Dance Fever”, created by Merv Griffin and aired in syndication. The show was hosted by Deney Terrio, with whom Janet co-formed the dance duo Motion. Thereafter, she performed as a dancer in the made-for-TV film “Snow White Live” in 1980.

In 1982, Janet Jones appeared as a dancer in John Huston’s musical comedy-drama film “Annie”, based on the Broadway musical of the same title. Also that year, she landed small roles in Don Coscarelli’s sword and sorcery film “The Beastmaster”, and the musical romantic comedy “Grease 2”, which is the sequel to the critically acclaimed film “Grease”. In 1983, she performed in Sylvester Stallone’s dance musical film “Staying Alive”, starring John Travolta, and competed in the TV game show “The Price Is Right”.

Janet Jones’ big break came in 1984, when she played Carla Samson in the romantic comedy film “The Flamingo Kid”, directed by Garry Marshall. It was followed by her portrayal of Judy Monroe in the 1985 musical drama film “A Chorus Line”, alongside Michael Douglas; although the film was a box office failure, it received three Academy Award nominations. Janet continued her rise to stardom in 1986, with the role of Julie Lloyd in the sports drama film “American Anthem”, opposite Mitch Gaylord. In the following year, she featured on the cover and in a semi-nude pictorial of Playboy magazine, which further increased her popularity.

Janet Jones’ next appearance was the role of Racine Pitcher in the 1992 sports comedy-drama “A League Of Their Own”, starring next to Tom Hanks, Madonna, and Geena Davis. The film became a box office success, grossing over $130 million against the budget of $40 million.

Three years later, she featured as Alpha in the video “Tough And Deadly”, directed by Steve Cohen, and then had guest roles as Officer C.J. Collins in the episode “Life Under Castro” of the CBS ensemble police drama series “Brooklyn South”, and Kali in the episode “Missing In Action” of the syndicated action-adventure series “Soldier Of Fortune, Inc.”, both in 1997. Janet then became rather inactive in the search for new projects, focusing on her family and children.

She later returned to the big screen when she appeared as Elaine Holden in the 2006 crime drama film “Alpha Dog”, alongside her daughter Paulina. During the same year, she landed the role of Sherry in the comedy “Two Tickets To Paradise”, followed by her portrayals of Mrs Klaus in the 2011 short film “The Lunchroom”, and Sherry in the 2013 drama “Palo Alto”, next to James Franco and Emma Roberts. Her most recent role was as Caroline Bascomb Compson in James Franco’s 2014 adaptation of the novel “The Sound And The Fury” by William Faulkner.

From 1985 to 1987, Janet Jones was engaged to the late American professional tennis player Vitas Gerulaitis. Following their break-up, she went on to date her future husband Wayne Gretzky, whom she met in “Dance Fever” in 1981 when he was a judge. The couple eventually exchanged their wedding vows at a lavish ceremony on 16 July 1988, at St. Joseph’s Basilica in Edmonton, Alberta, Canada, in a ceremony broadcast live across Canada. It allegedly cost over $1 million, wedding gown allegedly costing around $40,000. The couple is still going strong.

Happy anniversary to these two!! How lucky I am to have them!! pic.twitter.com/GONVIQDjAb

In her spare time, Janet Jones enjoys working out at the gym and weight training. She also likes kickboxing and rock wall climbing.

She is also known for her charity work, since she assists the activity-based program Mobility Opportunities Via Education (M.O.V.E.) that helps people with disabilities to develop necessary skills to maintain certain physical independence.