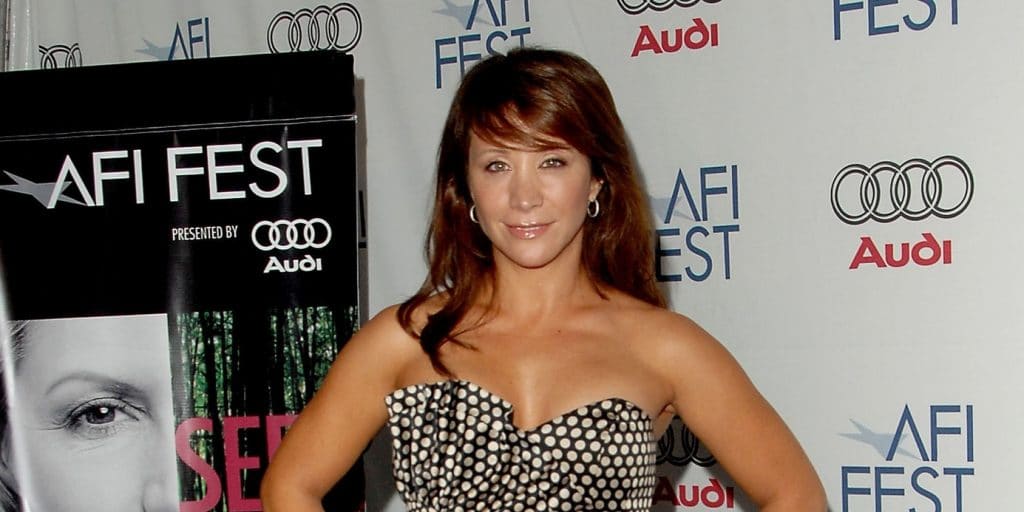 Who is Cheri Oteri?

Cheryl Ann Oteri was born in Upper Darby, Pennsylvania USA, on 19 September 1962 – her zodiac sign is Virgo, and she holds American nationality. She’s an actress and comedienne, with close to 80 acting credits to her name, while she’s perhaps still known best for her portrayal of Gail Hailstorm, in the 2000 comedy film “Scary Movie”. Directed by Keenen Ivory Wayans, it starred Anna Farris, Jon Abrahams and Marlon Wayans, and follows a group of teenagers who are stalked by a serial killer; the movie won seven of the 13 awards for which it was nominated.

Cheri was raised in Upper Darby alongside her brothers Brian and Tommi Jr., and sister Denise Oteri.

Their parents are Patricia Breen Oteri, a housewife, and Gaetano Thomas Oteri, the founder and a former CEO of the music publishing company Of Music.

Cheri became interested in comedy while attending a local elementary school, as she would often watch comedy shows on TV with her family. She attended Archbishop Prendergast High School at which she began appearing in school plays, and was also sporting, as she played tennis and soccer. Upon matriculating in 1980, Cheri didn’t enroll at college, but found a job to financially support herself.

After turning 25, she moved to Los Angeles, California, and worked for A&M Records for four years. Following this job, Cheri joined the comedy troupe The Groundlings, and then focused on her acting career.

Cheri made her debut TV series appearance in 1995, aged 33, when she was invited to appear in the musical comedy series “Saturday Night Live” (SNL); she was loved by the audience, and thus got to appear in close to 100 episodes in the following five years. Those years also saw her win roles in a couple of other series, including the animated action adventure “Hercules” (voice role) and the comedy “Just Shoot Me!”

In 2001, Cheri portrayed Melissa, in the episode “Cloudy Skies, Chance of Parade” of the fantasy comedy drama “Ally McBeal”, and the following year saw her make a guest appearance as Martine, in the episode “The Nanny from Hell” of the comedy “Curb Your Enthusiasm”. She gained recognition in 2009, when she voiced both Helen Klench and Parrot in the animated comedy “Sit Down, Shut Up”.

It starred Will Arnett, Jason Bateman and Kristin Chenoweth, and follows the lives of teachers who are working at a school in a poor area. The following years saw Cheri play or voice characters in an episode or two of various series, such as the animated comedies “The Life & Times of Tim” and “Glenn Martin DDS”, and the comedy “Glory Daze”,

Her following notable performance was in 2016, when she played Cathy Goodman in the comedy “Those Who Can’t”, created by Ben Roy and Adam Cayton-Holland, who also starred in it; the series follows the lives of the least inspiring teachers in the US.

Three of Cheri’s most recent roles in TV series have been in the animated adventure comedy “Big City Greens”, the animated comedy drama “Close Enough”, and the animated family drama “Puppy Dog Pals”, all voice roles.

Cheri made her debut film appearance in 1997, with her portrayal of Jane in the critically acclaimed fantasy comedy “Liar, Liar”, directed by Tom Shadyac, and which starred Jim Carrey and Maura Tierney. It follows a lawyer whose son wishes that he couldn’t be able to lie for a day, while his wish has now come true; the movie won four of the 10 awards for which it was nominated.

Cheri had appeared in a couple of other popular movies by the end of the ‘90s, such as the adventure comedies “Austin Powers: International Man of Mystery”, “Small Soldiers”, and “Inspector Gadget”. In 2003, she portrayed Ms. Heller in the comedy “Dumb and Dumberer: When Harry Met Lloyd”, which starred Derek Richardson and Jim Carrey, and her following notable performance was in 2007, when she voiced Sleeping Beauty, in the animated adventure comedy “Shrek the Third”.

It starred Mike Myers, Cameron Diaz and Eddie Murphy, and follows Shrek who has become the heir to Far, Far Away, while he’s trying his best to return to his swamp; the movie won five of the 22 awards for which it was nominated.

Some of Cheri’s most notable performances in the 2010s were in 2013 comedy “Grown Ups 2”, the 2017 comedy drama “F*&% the Prom”, and the 2019 musical “Drama Drama”. She’s currently shooting for two upcoming movies: the animated drama “The Adventures of Bunny Bravo”, and the comedy drama “[email protected]”.

She received special thanks for the 2007 sports comedy movie “Ping Pong Playa”, and the 2018 romantic documentary film “Bleed Out”.

Cheri has six writing and four producing credits – she made her writing debut with the 2001 comedy film “Loomis”, and in 2004 wrote the documentary TV special “Saturday Night Live: The Best of Cheri Oteri”.

She made her producing debut with the 2011 short film “A Great Catch” which she also wrote, then wrote and produced the 2012 short film “Worst Album Covers Ever: The Brailettes”, the 2015 comedy movie “The HOA”, and the 2019 short comedy film “Turkey’s Done”.

Chery has made a guest appearance in numerous talk-shows, including “The View”, “Entertainment Tonight” and “The Late Show with Stephen Colbert”.

She has been nominated for three other awards: a Primetime Emmy and an Online Film & Television Association Award in 2000, and a Behind the Voice Actors Television Voice Acting Award in 2015.

Cheri’s amongst the most secretive of actresses, as she hasn’t spoken of any men (or women) whom she has perhaps been with; this is why there are rumors circulating the internet concerning her marital status, former relationships, as well as her sexual orientation.

It’s widely believed that Cheri was once in a relationship with Alec Baldwin, a famous American actor, film writer and comedian, who has appeared in close to 150 movies and TV series, and has won 46 of the 158 awards for which he’s been nominated, including an Oscar nomination.

The two were apparently seen spending time together on various occasions, but neither has addressed the rumors regarding their alleged relationship.

There are also those who claim that Cheri’s today a married woman, but prefers to keep her non-celebrity husband away from the media’s attention; this hasn’t been confirmed either.

As of August 2021, she seems to be single, hasn’t married, and doesn’t have children.

Cheri loves to do impressions, which are loved by her fans. Some of the people whom she has impersonated include the Canadian singer-songwriter Alanis Morissette, the American singer and actress Cyndi Lauper, and the late American actress and singer Debbie Reynolds.

Had too much writing these 3 spots for Fiber One because number 2 is number 1!🚽 pic.twitter.com/WmcYrExdmh

She’s a huge dog-lover, and her pet Chihuahua dog Papilon can be seen featured in some of her Instagram pictures.

Cheri likes to play board games, usually Monopoly, however, her favorite two games are Catan and Small World.

She has her own favorite actors and actresses, some of whom are Lawrence Fishburne, Will Smith and Natalie Portman, and a couple of her favorite movies are the trilogy “Matrix”, “Seven Pounds” and “V for Vendetta”.