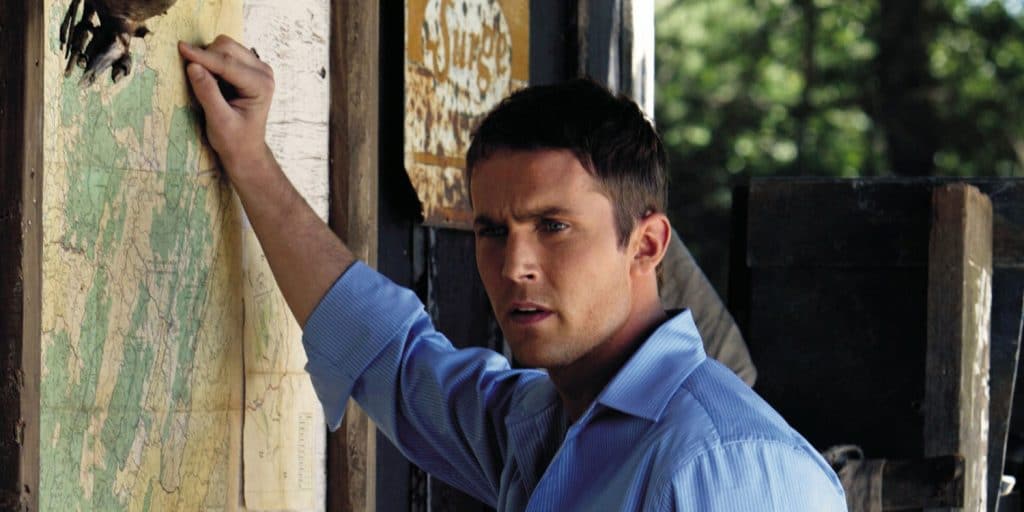 What happened to Desmond Harrington (aka Quinn on Dexter)?

Who is Desmond Harrington?

Desmond Harrington was born in Savannah, Georgia USA, on 19 October 1976 – his zodiac sign is Libra and he holds American nationality. He is an actor who is perhaps still known best for his portrayal of Detective Joseph ‘Joey’ Quinn in the third season of the critically acclaimed mystery crime series “Dexter”, written by James Manos Jr. and which starred Michael C. Hall, Jennifer Carpenter and David Zayas. It follows Dexter who works for the Miami police as a blood-spatter analyst during the day, and who becomes a serial killer at night, only targeting other killers. The series aired from 2006 to 2021 and won 53 awards including two Golden Globes, while it was nominated for 196 other awards.

Desmond was raised in The Bronx, New York City by his parents Michael and Mary Harrington, and while he hasn’t spoken about having any siblings, there are rumors circulating the internet that the popular actor has one older sibling.

He became interested in acting while attending a local high school, but was also very interested in sports and mostly played soccer and football. Desmond was urged by his parents to enroll at a college after he matriculated in 1994, however, he decided to find a job and financially support himself. Before launching his acting career, he worked as a bartender, at a brokerage firm as a cold caller, and was also a landscaper.

Desmond made his debut film appearance in the 1999 biographical adventure drama “The Messenger: The Story of Joan of Arc”, which starred Milla Jovovich, John Malkovich and Rab Affleck, and follows a young woman who had a vision that made her think she could help rid France of oppressors. The movie won five out of the 18 awards it was nominated for.

Desmond went on to play supporting characters in several critically acclaimed movies, such as the 2000 crime thriller “Boiler Room” which starred Vin Diesel and Giovanni Ribisi, the 2001 romantic comedy “My First Mister”, and the 2001 biographical comedy “Riding in Cars with Boys” which starred Drew Barrymore.

The year 2002 saw him portray the Specialist, Grade E4 (SP4) Bill Beck in the historical action drama “We Were Soldiers”, which starred Mel Gibson, Madeleine Stowe and Greg Kinnear, and follows the first battle of the Vietnam War as well as the women of both American and Vietnamese soldiers waiting to hear news of their loved ones; the movie won three and was nominated for five other awards. Desmond made an appearance in the hit 2003 horror thriller “Wrong Turn”, while his following notable performance was in the 2009 romantic comedy “Timer”, written and directed by Jac Schaeffer, and which starred Emma Caulfield Ford and Scott Holroyd – it follows a clock that countdowns to the moment when its owner will meet the love of his/her life.

Perhaps the most popular movie in which Desmond has appeared is the 2012 action adventure “The Dark Knight Rises”, written and directed by Christopher Nolan, and which starred Christian Bale, Tom Hardy and Anne Hathaway. It follows Batman and Catwoman as they fight Gotham City’s new enemy Bane, and the movie won 38 awards while it was nominated for 103 others, including a BAFTA.

Desmond has appeared in only one movie since “The Dark Knight Rises”: he portrayed Jack in the 2016 horror thriller “The Neon Demon”, which starred Elle Fanning, Christina Hendricks and Keanu Reeves, and won 19 awards out of the 58 it was nominated for.

He is currently shooting for the upcoming biographical drama “Butterfly in the Typewriter”.

Desmond made his debut TV series appearance with his portrayal of Jesse Keys in the 2002 mystery science fiction mini-series “Taken”, and gained recognition in the following year when cast to play the supporting character Detective Jimmy McCarron in 10 episodes of the crime drama “Dragnet”.

The following years saw Desmond make guest appearances in an episode or two of various series, until in 2006 he was invited to play Wylie Blake, one of the lead characters in the comedy drama “Sons & Daughters”, while the year 2007 saw him play another supporting character, Troy in the comedy “Rescue Me”.

In 2009, Desmond appeared as Jack Bass in the critically acclaimed romantic drama “Gossip Girl”, which starred Blake Lively, Penn Badgley and Leighton Meester, and follows a blogger as he/she reveals the secrets of rich teenagers living on the Upper East Side. The series aired from 2007 to 2012, and won 21 awards out of the 57 it was nominated for.

Since his role in “Dexter”, Desmond has appeared in only a couple of series. In 2015 he portrayed Alan Shepard in the drama “The Astronaut Wives”, and in 2017 he was cast to play the supporting character Joe in the crime drama “Sneaky Pete”. His most recent role in a TV series has been in the 2020 biographical crime drama “Manhunt”, which starred Gethin Anthony, Arliss Howard and Kelly Jenrette, and follows an FBI profiler who helped catch the terrorist Ted Kaczynski, who became known as ‘the Unabomber’.

Desmond has made an appearance in various short documentary films, such as the 2002 “Inside Taken”, the 2003 “Stan Winston: Monster Mogul”, and the 2003 “Eliza Dushku: Babe in the Woods”.

He has been nominated for six awards, winning one: a 2004 Málaga International Week of Fantastic Cinema Award for Best Actor for his performance in the romantic horror movie “Love Object”.

The other awards he has been nominated for are a 2005 Chainsaw Award for Best Actor for “Love Object”, and four Screen Actors Guild Awards for Outstanding Performance by an Ensemble in a Drama Series for his and his colleagues’ performance in the series “Dexter”.

Desmond has been in a relationship with five ladies whom the public knows about.

Just before the launch of his acting career, he dated Gabbie Hanna who is a social media star and who has amassed more than three million followers on her Instagram account. The two dated for around a year before splitting ways for unknown reasons. In 1999, Desmond began dating Amber Valletta, an American actress and a supermodel perhaps known best for her portrayal of Allegra Cole in the 2005 romantic comedy movie “Hitch” which starred Will Smith.

Desmond and Amber were together for over a year before separating by the end of 2000.

In 2002, he spent several months dating Jennifer Meyer, an American jewelry designer, then it seems that Desmond spent the following eight years single. He started dating Eve Mauro, an American actress, in 2010, but they broke-up in mid-2012. Desmond then dated Amanda Seyfried who is perhaps the most famous amongst his exes – she is an actress and a singer who has appeared in many critically acclaimed movies, such as the 2008 musical romantic comedy “Mamma Mia!”, the 2010 romantic war drama “Dear John”, and the 2012 musical “Les Miserables”.

She and Desmond split after around a year of dating, for unknown reasons.

Desmond hasn’t spoken about any women he is perhaps dating today, so as of February 2021, he seems to be single, hasn’t married and doesn’t have children.

Desmond was once a chubby man before he decided to turn his life around, and began going to the gym four to five times a week, hired a professional nutritionist, and this has helped him lose weight. Although he no longer works out as much as he used to, Desmond still goes to the gym at least once a week.

He likes to travel, and his career has taken him to various US states while the popular actor could also have been seen spending time in various European countries, such as England, Spain and Germany.

Desmond likes to listen to music, and his favorite two genres are rock and hip hop.

He has his own favorite actors and actresses, some of whom are Tom Hanks, Russell Crowe and Jennifer Aniston, and a couple of his favorite movies are “Saving Private Ryan”, “The Gladiator” and “A Good Year”.

As of February 2021, his net worth has been estimated at over $4 million.