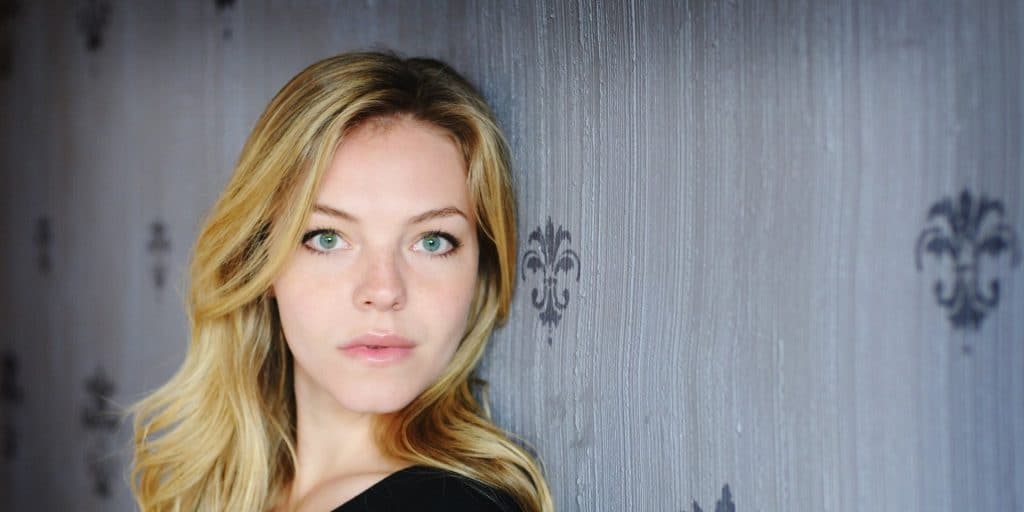 Who is Eloise Mumford?

Eloise Mumford was born on 24 September 1986 under the zodiac sign of Libra, in Olympia, Washington State USA. She is a 34 year-old actress, probably best recognized for landing the role of Lena Landry in the ABC supernatural adventure horror series “The River”, playing Katherine ‘Kate’ Kavanagh in the “Fifty Shades” film series (2015-2018), and featuring as Trudy Cooper in the Disney+ historical drama series “The Right Stuff” (2020).

How rich is she, as of now? Eloise Mumford Net Worth

As of mid-2021, Eloise Mumford’s net worth is estimated at over $2 million, acquired through her successful involvement in the world of entertainment as a professional actress, who has garnered 25 television and film acting credits since she launched her career in 2008.

Eloise Mumford spent her early years in her hometown of Olympia, where she was raised with her elder sister Anna, and a younger brother Kai by their father Tom Mumford, and mother Nancy Smith.

The professions of her parents haven’t been revealed to the public yet. She holds American nationality, and belongs to White Caucasian ethnic group.

Regarding her education, Eloise was home-schooled through fifth grade, and then went to Nova Middle School. She later furthered her education at Annie Wright School in Tacoma, Washington, and Capital High School in Olympia. She developed her love for acting very early on, and performed in various plays while attending high school. She also performed at Olympia’s Capital Playhouse.

Happy birthday to Eloise Mumford! Do you remember which Christmas movie this was from?

Upon matriculation, she enrolled into New York University’s prestigious Tisch School of The Arts, where she studied with the Atlantic Theatre Company, and graduated in 2009.

Eloise Mumford started pursuing her professional acting career while in college, when she made her debut TV appearance in the role of Megan Emory in four episodes of the Starz drama series “Crash” in 2008. The series was created by Glen Mazzara and based on the Academy Award-winning film of the same title from 2004, and follows racial and social tensions in Los Angeles in the early 1990s.

She then made guest appearances as Vanessa in the episode “Sugar” of the critically-acclaimed NBC crime drama series “Law & Order: Special Victims Unit”, and as Hannah in the episode “Some Of Us Have Been To The Desert” of the NBC medical drama series “Mercy”, both in 2009. The same year, she landed a small part as a girl in the well-received short comedy-drama film “Some Boys Don’t Leave”, alongside Jesse Eisenberg.

In 2010, Eloise Mumford was chosen to play Lindsay Holloway in the Fox drama series “Lone Star”, which was critically praised, but still canceled after its second episode due to low ratings.

Her breakthrough came two years later, with the main role of Lena Landry in the supernatural adventure horror TV series “The River”, next to Joe Anderson, Bruce Greenwood and Leslie Hope. The series ran on ABC through February and March 2012, but was canceled after the eight-episode season. She then portrayed Sasha Stolezinsky and Suzy Walters in the direct-to-video action-comedy film “So Undercover”, alongside Miley Cyrus and Jeremy Piven, also in 2012. During the same year, she also played Maggie Conway in the Hallmark Hall of Fame romantic drama film “Christmas With Holly”, broadcast on ABC, and featured as Mark’s wife in the short comedy-drama film “Buried Treasure”, directed by Leslie Hope.

Concurrently with filming the “Fifty Shades” trilogy, Eloise Mumford continued to work on other projects.

She played Lindsay Rogers in the 2015 Hallmark Hall of Fame romantic comedy film “Just In Time For Christmas”, and portrayed Syd in another romantic comedy film “The Night Is Young” in 2017. The same year, she joined the cast of the NBC drama series “Chicago Fire”, in which she landed the recurring role of Hope Jacquinot until 2019, and meantime in 2018, she also had the part of Grace Garland in the Hallmark Movies & Mysteries original film “A Veteran’s Christmas”.

In the following year, she featured as Becky in the comedy film “Standing Up, Falling Down”, alongside Billy Crystal and Ben Schwartz, and portrayed Eloise in the comedy TV miniseries “The Horse’s Mouth”.

She landed her next significant role in 2020, when cast as Trudy Cooper in the historical drama TV streaming series “The Right Stuff”, released on Disney+; however, it was canceled after one season. Most recently, in 2021 she played Annie McBride in the Hallmark Channel romantic fantasy film “The Baker’s Son”.

Eloise Mumford was romantically involved for more than ten years with a guy whose identity remained a mystery. They started dating back in 2009, and frequently shared their cute snaps across social media platforms. However, it seems that they called it quits recently, and that she’s single as of mid-2021.