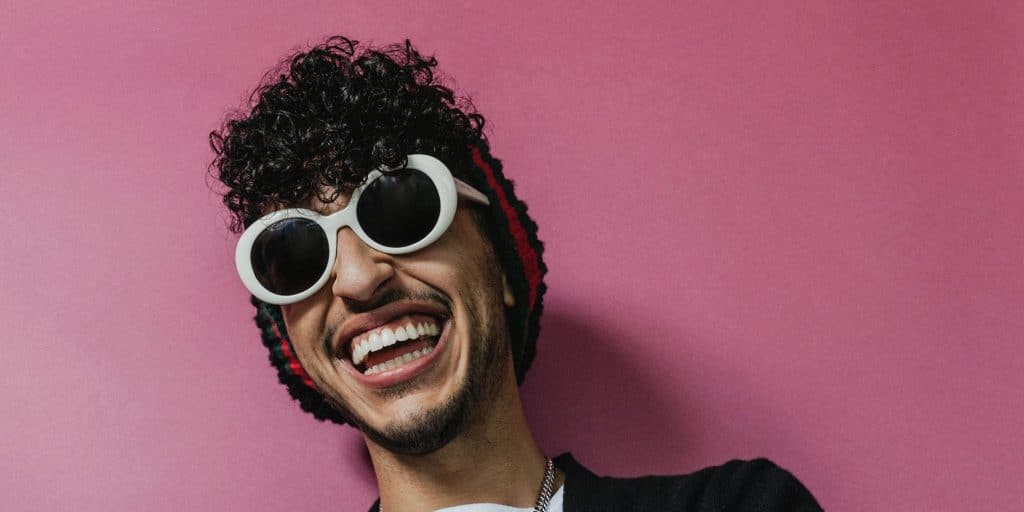 Who is FaZe Rain?

Nordan Shat – FaZe Rain – was born in Toronto, Ontario, Canada, on 29 May 1996 – his zodiac sign is Gemini, and he holds Canadian nationality. He’s a YouTuber, Twitcher and a social media star, who’s perhaps known best for his eponymous YouTube channel which he launched on 29 December 2010. It’s today subscribed to by close to 5.5 million people, and numbers over a billion views of all his videos combined. He’s mostly focused on uploading gaming content, although Rain nowadays also uploads videos related to his everyday life.

Rain was raised in Toronto alongside his sister, by their mother and father, about whom not a lot is known, as they prefer to be left out of media, but his father abandoned the family when Rain was around seven years old.

He was a problematic child, mostly because he enjoyed making his classmates laugh, on the account of the teachers; the principal often had to call Rain’s parents, and ask them to visit his office and talk about Rain’s behavior. Nevertheless, Rain was amongst the best students at the school, having all A’s, however, after his father disappeared, his performance worsened, and his grades dropped. Around this time, he began playing video games on his PlayStation 2 console, and it didn’t take long for him to fall in love with gaming. His mother went on to marry her boss, and Rain liked the man.

Upon matriculating in 2014, Rain found work to financially support himself, and didn’t enroll at college.

Rain’s popular on YouTube for various things, including his sense of humor and gaming skills. We’re about to mention three of his most popular videos, which have helped him gain many subscribers.

His #1 video “VAPE LORD NORD goes to VAPE CON” has been viewed over 26 million times since 19 July 2016, and shows his alter-ego, Vape Lord Nord, as he’s attending a Vape CON; Vape Lord Nord always wears a hat, sunglasses and a gown.

Rain’s second most popular video – “FAZE HOUSE REACTS TO GETTING BLACK OPS 3!!” – has been watched more than 14 million times since 6 November 2015, is the title’s quite self-explanatory.

His third most popular video “FaZe Rain 1v1’s a Little Kid!”, which has been viewed over nine million times since 1 March 2014.

Rain launched his Twitch channel on 22 December 2012, and it’s today followed by close to 500,000 people, making Rain the owner of the #4,016 most popular Twitch channel (#1753 English channel). His livestreams have an average of 730 viewers, while Rain’s highest recorded number of concurrent viewers was 40,294 on 17 April 2021. He’s spent nearly 1,000 hours livestreaming (41 days), while he’s amassed a nearly three million views of all his livestreams combined.

Rain’s mostly into playing “Call of Duty: Warzone”, as he’s livestreamed it for around 630 hours (26 days).

A couple of the other games he enjoys playing include “Fortnite: Battle Royale”, “Call of Duty: Modern Warfare” and “Grand Theft Auto V”, while he’s spent over 160 hours just chatting with his fans.

Rain’s an Instagram star, as his account’s followed by more than 2.1 million fans, even though he’s uploaded only two pictures. He launched his Twitter account in June 2011, and it’s today followed by more than 3.3 million people, while Rain’s tweeted close to 40,000 times. He usually tweets to share details of his private life his with his fans, such as that he hasn’t been drinking nor taking drugs for the past half a year, and that he was in a wheelchair for a year, until 10 July 2021.

Hi I love & miss you.
Thank you for being my family.
Love4L pic.twitter.com/g1cPrUDAua

Rain has been highly secretive in regards of his love life, since he and Taylor broke up in February 2016.

The two apparently met on the internet in September 2014, and began dating two months later. Taylor’s a social media star, who’s known better on the internet as Tay Tay; she’s mostly focused on maintaining her Instagram account, which is today followed by more than 400,000 people.

After she and Rain split she moved to Hong Kong, where she’s working as a model and a YouTuber.

Rain hasn’t mentioned any other girls whom he has perhaps been with, but there are rumors circulating the internet claiming that he’s today in a relationship with a non-celebrity girl, who prefers to be left out of media; this hasn’t been confirmed.

As of August 2021, Rain appears to be single, hasn’t married, and doesn’t have children.

Rain’s physically highly active, and has four to five training sessions at the gym every week, thus his muscular body. He also enjoys playing sports with his friends, with his two favorites being basketball and tennis.

Rain is an animal lover, and has donated money to various animal shelters in Ontario.

Late at night, he enjoys watching movies starring his favorite actor and actress, Richard Gere and Natalie Portman, such as “Hachi: A Dog’s Tale”, “Gone in 60 Seconds” and “Leon: The Professional”.

Summer is his favorite season, as he enjoys showing off his body at the beach, swimming in the ocean, and playing beach soccer and volleyball.

Rain’s a fan of fast cars, and hopes to one day have his own collection of classics; his favorite is 1971 Ford Mustang Sportsroof.

In 2016, not long after Rain broke up with his girlfriend of nearly four years, he tried to commit suicide by overdosing on Advil. He failed, and had to spend a week in hospital, while he then started seeing a psychologist, a woman named Mary. Rain enjoyed his time with Mary, and has stated that she was one of the nicest people whom he’s ever met.

As of August 2021, his net worth has been estimated at over $3 million.