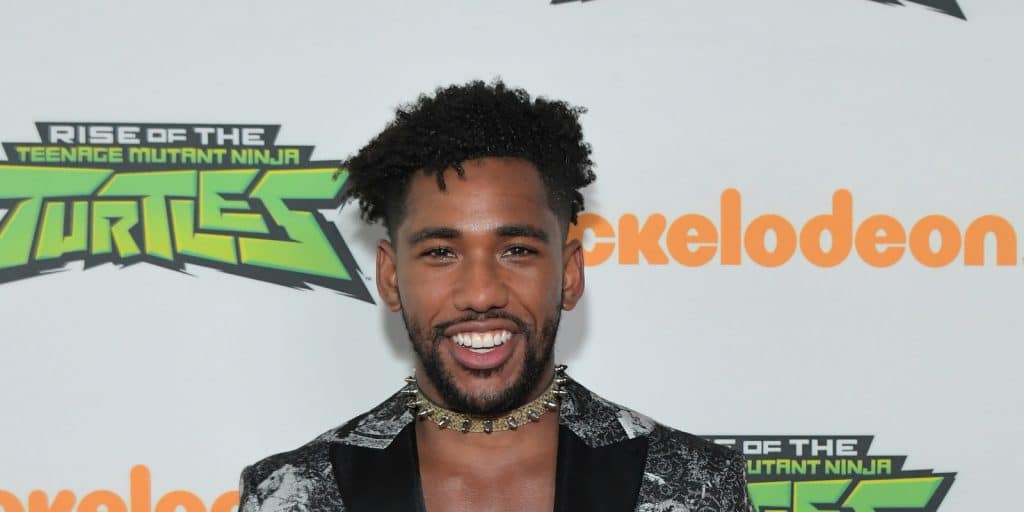 What is Brandon Mychal Smith doing now? Net Worth, Dating

Who is Brandon Mychal Smith?

Brandon Mychal Smith was born under the zodiac sign of Gemini, on 29 May 1989, in Los Angeles, California USA, and is a 31-year-old actor, singer and dancer, probably best recognized for landing the role of Nico Harris in the Disney Channel sitcom “Sonny With A Chance” (2009-2011), playing Little Richard in the biographical musical drama film “Get On Up” (2014), and featuring as Sam Dresden in the FX comedy-drama series “You’re The Worst” (2014-2019).

How rich is he, as of now? Brandon Mychal Smith Net Worth

As of early 2021, Brandon Mychal Smith’s net worth is estimated at close to $5 million, earned through his successful career as a professional actor, who has worked on over 40 television and film titles since he started his career back in the late 1990s.

Brandon Mychal Smith was raised in his birth town of Los Angeles by his parents; however, there is no information in the media about them, except that the name of his father is Lewis Smith; he has a younger sister named Kimberly. He holds American nationality and belongs to African-American ethnic group. Regarding his education, Brandon went to Billy Mitchell Elementary School, and would later attend Hampton University.

Brandon Mychal Smith started acting when he was only eight years old – his first gig came when he took a part in a commercial for Nike, opposite Tiger Woods, while he made his film debut as JV cleaning boy in the 1999 teen romantic comedy film “She’s All That”, starring next to Freddie Prinze Jr., Rachael Leigh Cook, and Paul Walker. Three years later, Brandon made his TV debut guest-starring as Darren ‘Junior’ Fox in the episode “Payback” of the CBS police procedural crime drama series “The District”, and then landed the support role of a kid in the 2003 comedy film “Grind”, directed by Casey La Scala.

Brandon came to prominence after being chosen to play Mario in the Nickelodeon teen sitcom “Unfabulous”, from 2004 to 2005. For his work on the series, he was nominated with other cast members for a Young Artist Award for Best Young Ensemble Performance in a TV Series (Comedy or Drama). He then guest-starred as Nathan in the episode “The Cure” of the FX crime drama series “The Shield”, and Razor in the episode “Extreme Cory” in the Disney Channel supernatural sitcom “That’s So Raven”, both in 2005. Brandon’s next major role came later that year, when he joined the cast of the sci-fi sitcom “Phil Of The Future”, playing Lil Danny Dawkins in the second season aired on the Disney Channel between 2005 and 2006.

Thereafter, Brandon made such guest-starring appearances as Trevor in the episode “Blood Out” of the CBS police procedural drama series “Without A Trace”, Jason Plumbey in the episode “A Mugging Story” of the HBO sitcom “Lucky Louie”, and Deke in two episodes of the UPN sitcom “All Of Us”, all in 2006. During the same year, Brandon also portrayed Bug Wendal in the sports drama film “Gridiron Gang”, alongside Dwayne Johnson, featured as a student in the horror film “Séance”, and played Tayshawn in the made-for-TV biographical drama film “The Ron Clark Story”, which earned him a Young Artist Award nomination for Best Performance in a TV Movie, Miniseries or Special (Comedy or Drama) – Leading Young Actor.

In 2007, Brandon landed the role of James in the teenage crime drama film “Weapons” and featured as a director in the music video for Demi Lovato’s song “La La Land” (2008), and as a boy in the music video for the song “U Can’t Touch This” (2009) by Daniel Curtis Lee, featuring Adam Hicks. In the same year, he guest-starred as Billy York in the episode “Football John” of the ABC crime drama series “The Forgotten”, after which he starred in the main role of Nico Harris in the Disney Channel sitcom “Sonny With A Chance” (2009-2011), which he would later reprise in its third season, entitled “So Random!” (2011-2012) – he also performed the main title theme of the series. Concurrently, Brandon also worked on other projects, including his portrayals of Albert J. ‘Stubby’ Stubbins in the Disney Channel Original Movie “Starstruck”, and Dany C. in the teen musical comedy-drama film “Elle: A Modern Cinderella Tale”, both in 2010.

In 2012, Brandon landed the role of The Lord of Da Bling in the made-for-TV musical film “Let It Shine”, which premiered on Disney Channel, andt was followed by his portrayal of Daniel in the made-for-TV drama mystery thriller film “Social Nightmare” in 2013. He then played Little Richard in the biographical musical drama film “Get On Up”, directed by Tate Taylor, and featured as Blake Andrews in the romantic film “The Next Dance”, both in 2014. Later that year, Brandon joined the main cast of the FX single-camera comedy-drama series “You’re The Worst”, starring in the role of Sam Dresden until the series ended in 2019.

Concurrently, Brandon continued to pursue other projects, and landed the roles of Kaz in the thriller drama film “Sacrifice”, Donavan in the drama film “Hoovey”, and Marcus in the NBC sitcom “One Big Happy”, created by Liz Feldman and produced by Ellen DeGeneres, all in 2015.

In 2016, Brandon took the role of Tyrone in the comedy film “Dirty Grandpa”, starring alongside Robert De Niro and Zac Efron. Over 2016 and 2017, he was cast as Harris James in the MTV comedy-drama series “Sweet/Vicious”, and played Wes in the TV romantic comedy-drama series “Relationship Status”.

Thereafter, he portrayed Roy Collier in the 2017 biographical drama film “The Most Hated Woman In America”, released on Netflix, and then made an appearance in the 2018 made-for-TV comedy film “Like Family”. Most recently, he provided the voice of Michelangelo in the Nickelodeon 2-D animated series “Rise Of The Teenage Mutant Ninja Turtles” (2018-2020), and starred in the role of Craig in the Hulu romantic comedy mini-series “Four Weddings And A Funeral” (2019).

Regarding his upcoming projects, it is announced that Brandon will reprise his voice role of Michelangelo in the upcoming film “Rise Of The Teenage Mutant Ninja Turtles: The Movie”. Besides that, he will feature as Leo in the comedy film “Sick Girl”, next to Nina Dobrev.

Brandon Mychal Smith has short dark brown hair and dark brown eyes. He stands at a height of 6ft 1ins (1.83m), while his weight is approximately 180lbs (82kgs). Information about his vital statistics, biceps size, and shoe size isn’t available.

Personal Life: Is He Single?

Brandon Mychal Smith is a very secretive person when it comes to his love life, however, it’s known that he is currently dating Canadian actress Maggie Castle. The two met on the set of the film “Starstruck” in 2009, and apparently have been together ever since. The couple’s current residence is in Los Angeles, California. In his free time, Brandon enjoys roller skating.