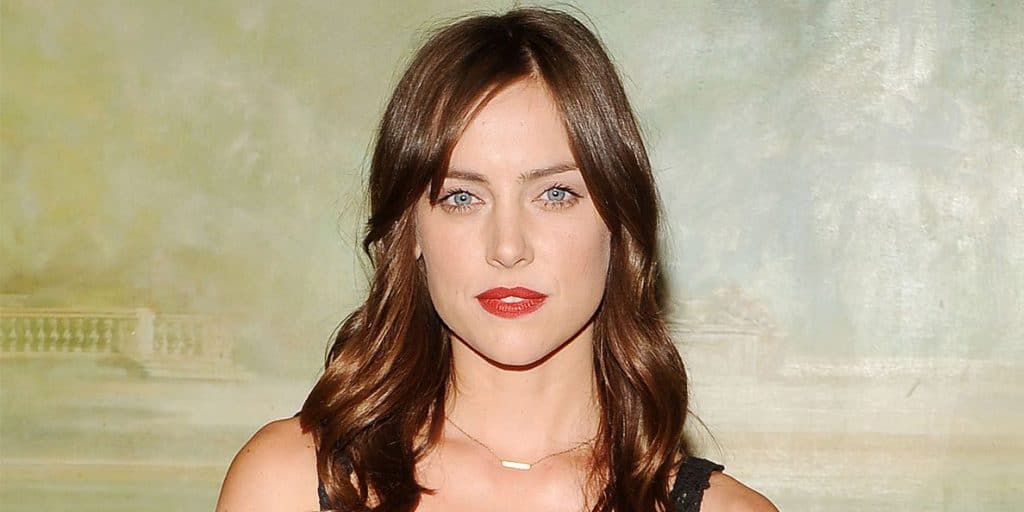 What is Jessica Stroup doing today? Net Worth, Husband, Height

Jessica Leigh Stroup was born in Anderson, South Carolina USA, on 23 October 1986 – her zodiac sign is Scorpio, and she holds American nationality. She’s an actress, perhaps known best for having starred in the popular TV series “90210”.

Jessica’s father, Don Stroup, was a senior vice president at MUFG Union Bank, while her mother, Judith, worked as a secretary; she has an older brother named Dave. The family moved to Charlotte, North Carolina when Jessica was very young, where she studied at Providence High School, from which she matriculated in 2004.

At the age of 17, she received full scholarship to attend the University of Georgia, but she ended up declining the offer and moving to Los Angeles, California, as she wanted to focus on her acting career. She started taking acting lessons, and soon began receiving both modeling and acting offers.

Jessica made her TV series debut in 2005, when she appeared in an episode of the Nickelodeon comedy “Unfabulous”. In the following year, we saw her guest star in another family sitcom, “Zoey 101”, created by Dan Schneider, and which also starred Jamie Lynn Spears, Paul Buthcher and Christopher Massey.

She then made single appearances in a couple of popular TV series, such as “Girlfriends”, “Grey’s Anatomy” and “October Road”.

In 2007 and 2008, Jessica played her first recurring character in the adventure comedy drama “Reaper”, created by Tara Butters and Michele Fazekas, and which also starred Bret Harrison, Tyler Labine and Rick Gonzalez. In 2008, she guest starred in two episodes of the HBO vampire fantasy drama “True Blood”, following the community of vampires in a fictional town in southern Louisiana.

It starred Rob Estes, Shenae Grimes and Tristan Wilds, and follows the lives of several wealthy students at the West Beverly Hills High School. The series aired on CW network for five seasons, attracting up to 4.6 million viewers per episode, and won three awards including the 2010 Young Hollywood Award for Sparkling Performance, received by Jessica.

In 2011 and 2013, Jessica voiced the character Denise in three episodes of the animated comedy “Family Guy”, which follows the Griffin family as they are being thrown into crazy scenarios. In 2014 and 2015, she starred alongside Kevin Bacon, in the horror crime drama “The Following”, created by Kevin Williamson, and which follows a murderous cult led by a serial killer. In the series Jessica played the detective Max Hardy, who is on the lookout for the cult leader.

In 2017, we saw her guest-star in two episodes of the romantic comedy drama “You’re the Worst”, created by Stephen Falk, and which also starred Chris Geere, Aya Cash and Desmin Borges. More recently, in 2018, Jessica starred as Joy Meachum, in the Netflix’s crime action “Iron Fist”, based on the eponymous Marvel comic book series.

Jessica made her debut film appearance in the 2005 adventure horror “Vampire Bats”, written by Doug Prochilo, directed by Eric Bross, and which starred Lucy Lawless, Dylan Neal and Liam Waite. In the following year, she starred alongside Billy Bob Thronton and Jon Heder, in Todd Phillips’ comedy “School for Scoundrels”, following a young guy who enrolls at school to build confidence.

Jessica next starred in the 2007 horror thriller “The Hills Have Eyes 2”, the sequel to the 2006 film, and remake of the eponymous 1977 classic horror. It was written by Wes and Jonathan Craven, directed by Martin Weisz, and starred Michael McMillian, Jacob Vargas and Flex Alexander. In the following year, she played one of the leads in the slasher horror “Prom Night”, loosely based on the eponymous 1980 film, and directed by Nelson McCormick. It was one of the most commercially successful horror movies of the year, despite not being well received by the critics.

Perhaps one of the most notable movie roles for Jessica was in the 2012 Oscar-nominated comedy “Ted”, written and directed by Seth MacFarlane, and which also starred Mark Wahlberg and Mila Kunis.

The film follows a man whose childhood teddy bear has come to life, however, the teddy bear’s wild personality takes a toll on his relationship. “Ted” grossed over $549 million at the box-office, and was followed by the sequel movie “Ted 2”, released in 2015.

In 2016, Jessica appeared alongside Tom Cruise, in the action crime thriller “Jack Reacher: Never Go Back”, and more recently, in 2019 she played one of the leads in the TV drama “Heart of Life”.

Jessica is a very private person, and prefers to keep her love life away from the public eye, however, she has made one relationship public, and has also been followed by rumors about her dating life on several occasions.

Between July 2008 and August 2010, she was in a relationship with her “90210” co-star Dustin Milligan, a famous Canadian actor, perhaps known best for starring in TV series such as “Schitt’s Creek” and “Dirk Gently’s Holistic Detective Agency”.

In 2019, she was spotted with fellow actor Paul James, with whom she also posed for an Instagram photo. This sparked rumors that the two might had been dating, but Jessica and Paul haven’t confirmed these.

Jessica currently appears to be single, hasn’t been married or engaged, and doesn’t have children.

She’s best friends with the actress Brittany Snow, with whom she often goes to auditions; they starred together in “Prom Night”.

Jessica is a big fan of classic horror movies, with some of her favorites being “Pet Sematary”, “The Shining” and “Poltergeist”.

She is a very active person, and loves to play volleyball. She also goes for a run almost every morning, mostly just to stay in shape.