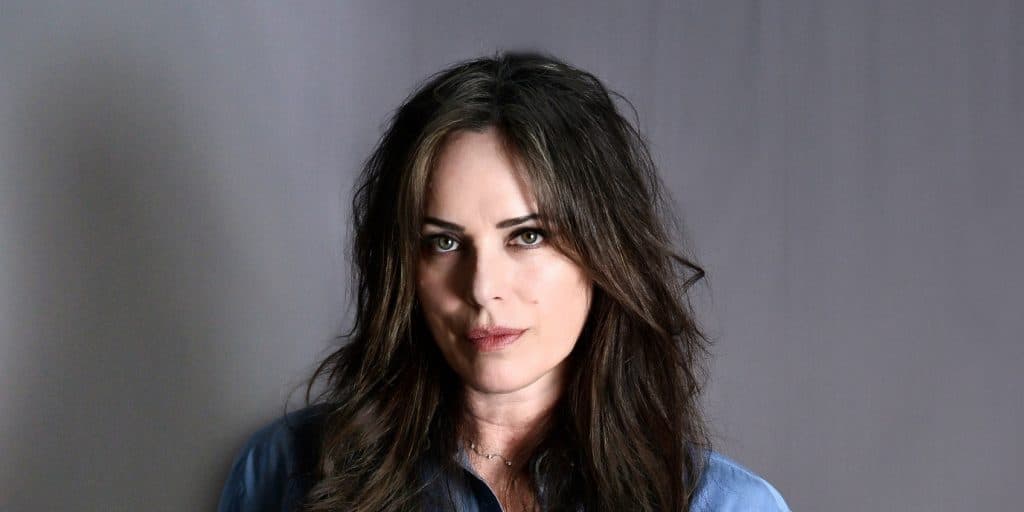 Who is Kristin Minter?

Donna Kristin Minter was born in Miami, Florida USA on 22 November 1965 – her zodiac sign is Sagittarius, and she holds American nationality. She’s an actress with close to 80 credits to her name, while she’s probably still known best for her portrayal of Randi Fronczak, one of the lead characters in the romantic drama series “ER”. It aired from 1994 to 2009, with Kristin a member of the main cast from 1995 to 2003. It follows the lives of doctors and nurses working at Chicago’s County General Hospital, and the series won 156 awards including 23 Primetime Emmys, while it was nominated for 370 other awards.

Some sources, including Wikipedia, mistakenly claim that Kristin has retired from acting. She’s still quite active in the film industry, and is currently shooting for two upcoming movies.

Kristin was raised in Yardley, Pennsylvania alongside her three brothers – Michael ‘Mikie’ Scott, Derek Ryan and Charles ‘Chuck’ Laskey Minter Jr., by their father Charlie Minter who was a financial company executive, and their mother Dottie who was a horse trainer.

She grew up being interested in various activities, but dreamt about becoming a model while attending a local high school. At that time, Kristin wasn’t even thinking about acting, but rather enjoyed partying with her peers, and having fun. She matriculated in 1983, and then moved to Europe, where she worked as a model for several years. Kristin can also be seen on the cover of the 1981 book “Tiger Eyes”, written by Judy Blume.

Kristin made her debut TV series appearance in 1989, with her portrayal of Jenna in the episode “The Flash Is Always Greener” of the comedy “Living Dolls”.

The following years saw her play supporting characters in a couple of series which failed to attract a lot of attention, such as the drama “The Outsiders”, the crime drama “Moon Over Miami” and the romantic drama “Family Album”.

She gained recognition in 1995, when cast to play Rachel MacLeod, in the critically acclaimed action adventure fantasy “Highlander”. The series starred Adrian Paul, Stan Kirsch and Jim Byrnes, and follows the life of Duncan MacLeod who’s immortal, and who’s spending most of his time fighting other immortals; the series was nominated for 15 awards. In 2000, Kristin portrayed her first lead character – Annalise – in the action science fiction comedy “Good vs Evil”, which was quite popular. The decade saw her make a guest appearance in an episode of many series, including the mystery crime drama “NYPD Blue”, the mystery science fiction drama “John Doe” and the mystery crime drama “Crossing Jordan”.

In 2013, Kristin played Liza Hendricks, in the episodes “The Golem” and “Black Cadillac”, of the popular crime drama “Ray Donovan”, created by Ann Biderman, and which starred Liev Schreiber, Eddie Marsan and Dash Mihok. The series follows the life of Ray Donovan, who’s working for rich American people as a ‘fixer’, but seems unable to fix his own family problems. It aired from 2013 to 2020, and won four awards, including a Primetime Emmy, of the 46 for which it was nominated.

Two of Kristin’s most recent roles in TV series have been in the 2017 episode “Déjà Vu” of the romantic comedy drama “This Is Us”, and two episodes of the mystery crime drama “Hightown” in 2021.

Kristin made her debut film appearance in the 1990 hit family comedy “Home Alone”, and as the movie became a huge success, it almost instantly made her popular.

Written by John Hughes, directed by Chris Columbus, and starring Macaulay Culkin, Joe Pesci and Daniel Stern, the film follows an eight-year-old boy who has to protect his home from burglars after his family forgets him, and go on a Christmas vacation without him. It won 11 of the 17 awards for which it was nominated, including two Oscar nominations.

In the ‘90s, Kristin played supporting characters in several movies, only a couple of which attracted much attention, including the 1992 comedy “Passed Away”, and the 1994 comedy drama “There Goes My Baby”. In 2000, she was cast to play the supporting character Cherry in the drama “Diamond Men”, written and directed by Dan Cohen, starred Robert Forster, Donnie Wahlberg and Bess Armstrong, and follows a diamond salesman who has to mentor his young replacement – the movie won three of the four awards for which it was nominated.

Amongst the most popular movies in which Kristin has appeared is the 2006 romantic comedy drama “Friends with Money”; written and directed by Nicole Holofcener, and starring Jennifer Aniston, Frances McDormand and Catherine Keener, the film follows Olivia who begins to question her life after she quits her well-paid job; it won two of the four awards for which it was nominated.

In the 2010 decade, Kristin appeared in over 20 movies, with some of the most notable among these being the 2013 comedy drama “Eat Spirit Eat”, the 2015 romantic drama “Honeyglue”, and the 2016 crime thriller “Dirty”. Her most recent movie role has been in 2018, when she played Mrs Argyle in the thriller “Deadly Shores” – Kristin has recently finished shooting for two upcoming movies: the drama “7th Secret”, and the mystery horror thriller “Don’t Look There”.

She has made a guest appearance in an episode of various talk-shows, including “SoapTalk” in 2005, and “Sh#t I Love with Jason Stuart” in 2018.

Kristin has been nominated for only a single award: a Razzie Award for Worst New Star, for her performance in the 1991 movie “Cool as Ice”.

Kristin’s quite secretive when it comes to her love life, and avoids talking about the men whom she has been with, however, it’s widely known that she’s a married woman today.

She met her future other half Sander C. Zagzebski sometime in the late 2000s, and the two exchanged vows in a private ceremony attended by their closest friends and family members on 23 October 2010. Sander is a lawyer and a businessman, who specializes in dispositions, acquisitions and mergers, and is today working at Clark Hill PLC. The two don’t have children together; it’s been revealed that they separated sometime in the late 2010s, but have decided to stay married.

Kristin hasn’t mentioned any man whom she might be dating today, as she has separated from her husband, and she doesn’t have children.

Kristin loves nature, and her Instagram account is filled with pictures of flowers, fishes and various other animals. It seems as horses and owls are her favorite animals, and she has three pet dogs, which can be seen featured in many of her Instagram pictures.

She’s also into photography, and most of the pictures found on her Instagram account have been taken by her.

Kristin has been passionate about travelling ever since she launched her acting and modelling careers, and these have taken her all around the US, as well as to many European countries, with two of her favorites being Norway and Italy.

She has her own favorite actors and actresses, some of whom are Tom Cruise, Brad Pitt and Meryl Streep, and some of her favorite movies include “The Last Samurai”, “The Curious Case of Benjamin Button” and “Kramer vs. Kramer”.