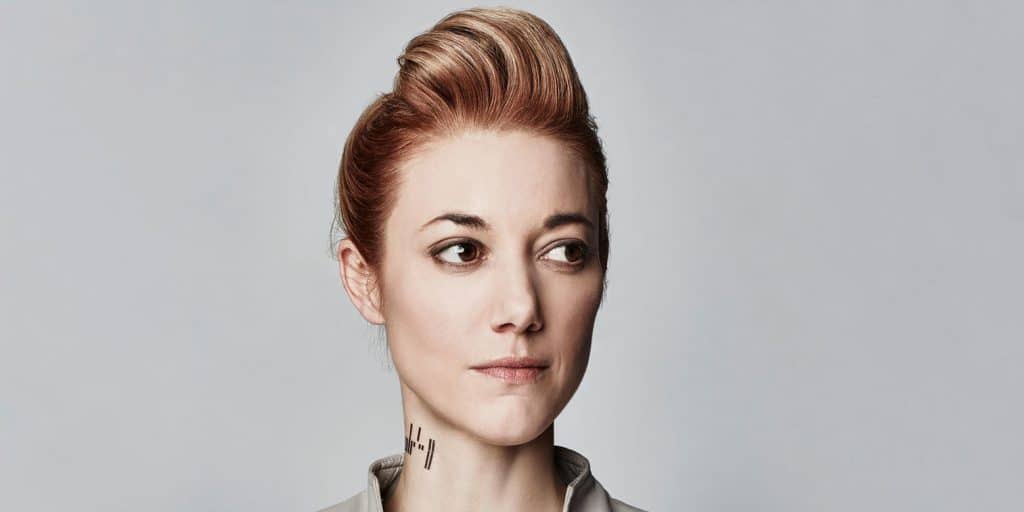 Zoie Palmer was born in Camborne, England, on 28 October 1977 – her zodiac sign is Scorpio and she holds Canadian nationality. She is an actress, who might be known best for her portrayal of Dr. Lauren Lewis, one of the lead characters in the fantasy mystery series “Lost Girl”, created by Michelle Lovretta, and which also starred Anna Silk and Kris Holden-Ried. It follows the girl Bo who has supernatural powers and goes against her own clan. It aired from 2010 to 2016, and won two awards while it was nominated for 13 others.

After Zoie turned 10, her family moved to Canada, thus her Canadian nationality. She was raised alongside her sister Tracey Weiler, but the two have kept details of their parents a secret.

Zoie became interested in acting while attending Sacred Heart Catholic High School, and practiced her skills with the school’s drama club, appearing in nearly all the plays performed there. She matriculated in 1995, and then took a four-year break from studying while working various jobs to financially support herself, and gather money for her college tuition. In 1999 Zoie moved to Toronto, Ontario to attend York University, from which she graduated in 2001 with a Bachelor of Fine Arts degree.

Zoie has been credited with appearing in around 45 movies and TV series, and we are about to mention some of her most notable performances in this article.

She made her debut TV series appearance in the 2002 episode “Skin” of the action adventure drama “Odyssey 5”, and then went on to appear in single episodes of various other series, such as the action adventure fantasy “Adventure Inc.”, the romantic drama “Bliss” and the crime mystery drama “1-800-Missing”. She gained recognition in 2006 after being invited to portray Patsy Sewer in 12 episodes of the musical drama “Instant Star”, created by James Hurst and three others, and which starred Alexz Johnson, Tim Rozon and Kristopher Turner.

The story follows a rising star in the music industry, who has to balance her newfound fame with the life of a normal teenage girl. The series won three awards and was nominated for 15 others.

In 2008, she starred as Carly Greig in the drama “The Guard”, which also starred Steve Bacic and Jeremy Guilbaut, but which received mixed reviews. After appearing in only a couple of episodes of many series, Zoie’s next lead role came in 2015, when cast to play The Android and Dr. Shaw in all 39 episodes of the adventure mystery drama “Dark Matter”, created by Joseph Mallozzi and Pau Mullie, and which also starred Melissa O’Neil and Anthony Lemke.

It follows a team of six people who wake up on a spaceship without any memory of who they are or how they got there – it was nominated for 10 awards. The following years again saw Zoie appear in single episodes of several series, such as “Taken”, “Ransom” and “Wynonna Earp”, while the year 2019 saw her portray Valerie Krochack in six episodes of the drama “Pure”, which was a hit, winning four awards while it was nominated for 18 others.

Zoie’s most recent role in a TV series has been in the comedy “Jann”, starring alongside Deborah Grove and Jann Arden since 2019. The series is very popular, and has already won three awards and been nominated for seven others.

Zoie made her debut film appearance in 2002, when she portrayed Rebecca Kull in the family fantasy comedy “The Scream Team”, which starred Mark Rendall, Kat Dennings and Robert Bockstael, and follows a family who learn that their home is haunted by the ghost of Zachariah Kull, who was burned alive.

The following years saw Zoie play supporting characters in various movies, such as the drama “Out of the Ashes”, the biographical romantic drama “The Reagans”, and the drama “Devil’s Perch”. Her first notable performance was in the 2006 thriller “Gospel of Deceit” written by John Benjamin Martin, directed by Timothy Bond, and starring Alexandra Paul, J. C. MacKenzie and Corey Sevier.

It follows the wife of a preacher who falls in love with a younger man. The year 2010 saw her portray Haley in the romantic comedy “The Untitled Work of Paul Shepard”, written and directed by Jeremy Lalonde, and in the same year, Haley played Cheryl in the critically acclaimed fantasy mystery horror “Devil”, which follows a group of people trapped in an elevator with Devil being amongst them.

In 2012, Zoie appeared as Frances Jane in the crime thriller “Cold Blooded” while the following year saw her portray Lou in another Jeremy Lalonde’s comedy, “Sex After Kids”. Zoie appeared in only a couple of movies in the following few years, including the crime thriller “Her Husband’s Betrayal” and, the fantasy adventure comedy “Patch Town”, while her most recent role in a film was that of Anna Dawson in the 2020 thriller “Glass Houses”.

She has recently finished shooting for the upcoming crime mystery horror “Spiral”, set to be released on 21 May 2021.

Zoie has been nominated for four awards winning two. In 2011, she was nominated for an Alliance of Canadian Cinema, Television and Radio Artists (ACTRA) Toronto Award for Outstanding Performance – Female for “The Untitled Work of Paul Shepard”, while 2012 saw her win a Gold Medallion Acting Award for Best Actress in a Feature Film for “Cold Blooded”. In 2014, she was nominated for a Canadian Comedy Award for Best Performance by a Female – Film for “Sex After Kids”, and in the same year won a Fan’s Choice for Canada’s Screen Star Award.

Zoie is a lesbian who is quite open when it comes to talking about her sexual orientation. In 2014 during the Canadian Screen Awards, she revealed that her partner was Alex Lalonde, a film producer who is popular for having worked on movies such as the 2010 biographical crime drama “The Whistleblower”, and the 2012 action adventure drama “Red Lights”.

The two could’ve been seen attending most of their red carpet events together since 2014, and there are rumors today that they might be married, however, this hasn’t been confirmed. While the two haven’t adopted any children together, it is believed that Zoie has adopted Alex’s son Luca, who was born while Alex was dating a man before meeting Zoie.

As of January 2021, Zoie is dating Alex Lalonde, hasn’t married and doesn’t have biological children.

Zoie is interested in photography, and many of the pictures taken by her can be found uploaded onto her Instagram account. She mostly enjoys taking photos of animals and insects, and one can mostly find her pictures of snails, butterflies and moths. She has her own pet dog and cat.

She is a philanthropist who has worked with various charity organizations, and today supports the LGBT community and the movement Black Lives Matter. Back in 2018, Zoie was a campaign ambassador for the annual Women in Film & Television annual fundraiser.

See you all there Jan 31st with some of the ⁦@WynonnaEarp⁩ cast and the brilliant creator ⁦@emtothea⁩ xoxo pic.twitter.com/reqAZcdcLW

Winter is Zoie’s favorite season, as she likes snow and enjoys going skiing with her friends. She also likes being in nature, especially high up in the mountains or deep in woods.

She has her own favorite actors and actresses, some of whom are Tom Hanks, Jim Carrey and Zooey Deschanel, and a couple of her favorite movies are “The Terminal”, “Saving Private Ryan” and “500 Days of Summer”.