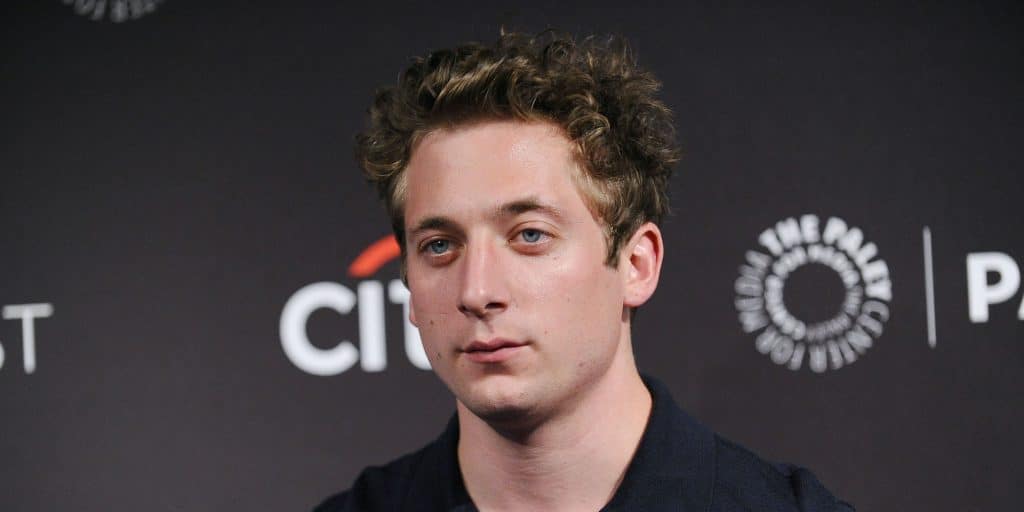 Where does Jeremy Allen White live? Net Worth, Height, Tattoo

Who is Jeremy Allen White?

Jeremy Allen White is an American actor who is probably best known to the world as Phillip ‘Lip; Gallagher in the TV series “Shameless” (2011-2021), and also as Josh in the film “The Rental” (2020), among various other roles that he’s secured so far in his career.

During his early years, Jeremy attended dance lessons, excelling in ballet, tap, and jazz, and when he turned 13 years old and joining a new middle school dance program, his interest changed and he took up acting. For six months, he studied at the Frank Sinatra School of the Arts before he got his first role.

Jeremy’s career started in the mid-2000s, when he was selected for the role of Jack Phelps in the TV series “Conviction” (2006). The same year, he was Young Clive in the comedy-drama film “Beautiful Ohio”, and secured his first lead role in the drama film “The Speed of Life” (2007), in which he starred alongside Peter Appel and Agnes Brenson.

In 2008 he played Dave in the film “Afterschool”, and next featured in the action crime-drama film “Twelve”, starring Chace Crawford, Emma Roberts, and Rory Culkin.

Right out of high school, Jeremy won the role of Phillip ‘Lip’ Gallagher in the TV comedy-drama series “Shameless”, becoming one of the most popular actors in the show, appearing in all 134 episodes, and in 2014 receiving Critics’ Choice Television Award nomination in the category for Best Supporting Actor in a Comedy Series.

Jeremy continued his career quite successfully, first by playing Gus in the mystery film “The Time Being”, with Frank Langella, Wes Bentley and Sarah Paulson in the lead roles, then in 2013 he starred in the thriller crime-drama film “Bad Turn to Worse” with Mackenzie Davis and Logan Huffman, while in 2014 he played Robert Uva in the crime-drama film “Rob the Mob”.

In the next few years, Jeremy focused more on his work on “Shameless”, and didn’t appear in anything else until 2017, when he featured in two short films – “Heaven” and “Chasing You”. The following year, he appeared in the romantic comedy-drama film “After Everything”, starring Sasha Lane, Marisa Tomei, and Gina Gershon, and in the same year also portrayed Joseph Shrier in the short-lived TV thriller-drama series “Homecoming”.

In recent years, Jeremy starred in the horror-drama film “The Rental” next to Dan Stevens, Alison Brie and Sheila Vand, and was Freddy in the romantic drama film “Viena and the Fantomes”, starring Caleb Landry Jones, Ryan LeBoeuf, and Evan Rachel Wood. Most recently he was Phillip Gallagher in the ten-episode spin-off of the TV series “Shameless”, entitled “Shameless Hall of Shame” (2021), then portrayed Tommaso in the film “The Birthday Cake”, and is working on the film “You Can’t Win”, which is currently in post-production.

Where Does He Live? Personal Life, Wife, Children

Jeremy and his wife are based in Beverly Hills, California USA. He married actress Addison Timlin on 18 October 2019, and they have two daughters together, Ezer Billie and Dolores Wild, born in 2018 and 2020 respectively.

Before Addison, Jeremy was in a relationship with actress Emma Greenwell from 2011 until 2017.

As of mid- 2021, Jeremy Allen White’s net worth has been estimated to be around $8 million, acquired through his successful career as an actor, during which he has appeared in more than 25 film and TV titles.

This popular actor has light brown hair and blue eyes. He stands at a height of 5ft 7ins (1.7m) while he weighs approximately 145lbs (66kgs). His vital statistics are unknown, but he has an average figure.

In addition to acting, Jeremy has several other interests. Though he chose acting, he is still in love with dancing, and is often seen performing various dances.

Before he got the role of Phillip ‘Lip’ Gallagher, Jeremy auditioned for the role of Ian, but wasn’t selected.

Interestingly, Jeremy doesn’t watch “Shameless”, stating that he doesn’t have cable TV. Nevertheless, he sometimes manages to watch episodes, and when he does, he takes notes of his performance.

Jeremy is known for having a simple triangle tattoo on his right chest. Many fans wondered what it represents, and in one interview, Jeremy said that is just a bond between him and his friends, created in his teenage years, saying that he got the tattoo when he was just 17 years old.

Addison Jayne Timlin was born on 29 June 1991 under the Cancer zodiac sign, in Philadelphia, Pennsylvania USA to R.J. and Jayne Timlin.

She grew up in Philadelphia with her three siblings, two older sisters and a brother.

Addison is perhaps best known as Colleen Lunsford in the film “Little Sister” (2016), and the same year also played Layla in the film “Chronically Metropolitan”. From 2017 to 2018 she was Mara Chandler in the TV crime-thriller film “Start Up”, and in 2019 she starred in the sci-fi thriller film “Life Like”, among other roles.

Addison Timlin’s net worth has been estimated to be around $1 million, earned through her successful career as an actress, during which she has appeared in more than 35 film and TV titles.