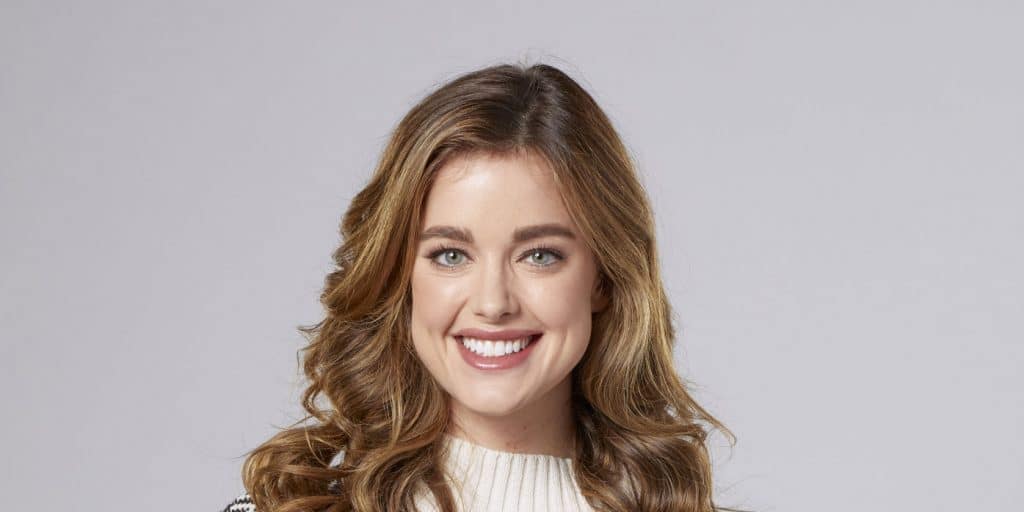 Where is Ashley Newbrough now? What is she doing today? Bio

Who is Ashley Newbrough?

Ashley Elizabeth Ann Newbrough was born on 13 October 1987 under the zodiac sign of Libra, in Newport, Rhode Island USA, and is a 33-year-old American-Canadian film and television actress, probably best recognized for landing the role of Sage Baker in The CW’s comedy-drama series “Privileged” (2008-2009), playing Kyra in the ABC mystery drama soap opera “Mistresses” (2013-2014), and featuring as Nell Philips in the Hallmark Channel romantic drama film “Small Town Christmas” (2018).

How rich is she, as of now? Ashley Newbrough Net Worth

As of mid-2021, Ashley Newbrough’s net worth is estimated at over $1 million, acquired through her successful involvement in the world of entertainment as a professional actress, who has garnered over 20 television and film acting credits since she launched her career in 2000.

Ashley Newbrough spent her early years in her hometown of Newport, where she was raised by an American father and a Canadian mother. At the age of three, she moved with her family to Canada, and settled in Cambridge, Ontario. Her father’s name is Greg Newbrough and he served as a captain in the US Marine Corps.

Information about her mother and her profession hasn’t been revealed to the public yet. She has three siblings, two sisters and a brother. Her grandfather is Coach Rich Newbrough – Wilfrid Laurier University’s football field is named The Knight Newbrough Field in honor of him. Ashley holds American nationality and belongs to White Caucasian ethnic group. Regarding her education, Ashley went to St. Benedict Catholic Secondary School in Cambridge.

Her debut starring role came in 2000 when she had the part as Alice in Wonderland in the episode “Library Of No Return” of the Fox Family Channel sci-fi series “The Zack Files”, based on a book series of the same title. Two years later, she landed a small role as a student in the Disney Channel Original Movie “Get a Clue”, starring alongside Brenda Song and Lindsay Lohan.

Ashley Newbrough’s first major role came when she joined the cast of the Canadian teen comedy-drama Family Channel TV series “Radio Free Roscoe”, in which she starred in the recurring role of Audrey Quinlan for two seasons from 2003 to 2005.

Concurrently, she continued to secure other roles – in 2004, Ashley made a guest appearance as Cara Cooper in the episode “Sea Of Love” of the Canadian crime drama TV series “1-800-Missing”, which ran on the W Network and A network in Canada, and on Lifetime in the US. Later that year, she took the role of Alex in the pilot of the Lifetime drama fantasy series “The Coven”; however, it wasn’t picked up. She was then Marjorie in the 2005 romantic comedy film “The Perfect Man”, but her scenes were deleted. Between 2005 and 2006, she had a guest part as Melinda in two episodes of the Canadian teen drama series “Degrassi: The Next Generation”.

In 2007, Ashley Newbrough landed the role of Doris in the horror film “Kaw”, directed by Sheldon Wilson, which premiered on the Sci Fi Channel. During the same year, she was also cast as Sloane McCarthy in the Canadian drama TV series “The Best Years”, which ran on Global. She then played Dallas in the Showcase sports comedy series “Rent-a-Goalie” from 2007 to 2008 – the series earned ten Gemini Award nominations in such categories as Best Comedy Program, Best Writing, and Best Ensemble Performance, among others. Thereafter Ashley took her first leading role as Sage Baker in the American comedy-drama TV series “Privileged”, broadcast on The CW in the US and City in Canada from 2008 to 2009. It was based on Zoey Dean’s book “How To Teach Filthy Rich Girls”, however, the series was canceled after one season.

Ashley Newbrough’s next appearance came in 2011 with the role of Stacie in the short drama film “Even The Brave”, written and directed by Kyle Sawyer. Afterwards, she was selected to portray Kyra in the American mystery drama soap opera “Mistresses” from 2013 to 2014, starring alongside Alyssa Milano, Yunjin Kim and Rochelle Aytes, and aired on the ABC network. In 2015, she took the lead role of Becca Miller in the Hallmark Channel romantic comedy film “Love Under The Stars”, directed by Terry Ingram. It was followed by her portrayals of Nicole Cavanaugh in the Lifetime drama thriller film “You May Not Kill The Bride” (2016), and Sarah in the Ion Television family comedy-drama film “Snowmance” (2017).

In 2018, Ashley Newbrough featured as Nell Phillips in the made-for-TV romantic drama film “Small Town Christmas” released on the Hallmark Channel. She then played Vera in the short action film “Sworn”, directed by Wesley Quinn, and made a guest appearance as Buttercup in an episode of the Awesomeness TV all-girls comedy sketch show “Betch”, both in 2019. Later that year, she portrayed Corey Calvin in the Hallmark Movies & Mysteries romantic drama film “A Merry Christmas Match” and starred as Amalie Hess in the Lifetime romantic drama film “Christmas Love Letter”. Most recently, Ashley took the role of Catherine Shank in the made-for-TV romantic film “The Valentine Competition”, and had the part as Sarah in the romantic film “Flowers And Honey”, both in 2021.

Ashley Newbrough became romantically involved with the “True Jackson, VP” star Matt Shively in 2017, and apparently the couple is still going strong. Her current residence is in Los Angeles, California.

Ashley featured in the book “Beauty Equation: Revealing A Better And More Beautiful You”, written by Nigel Barker and published in September 2010. She was the winner of the ‘Most Likely to Become a Superstar Award’ at her graduation assembly. Ashley is a pretty close friend of actress Lucy Hale.