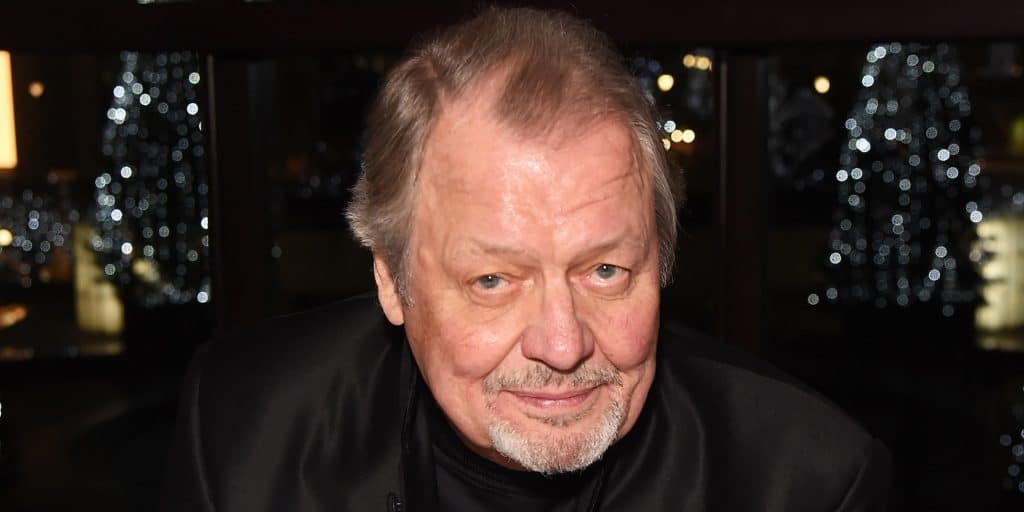 Who is David Soul?

David Richard Solberg was born in Chicago, Illinois USA, on 28 August 1943 – his zodiac sign is Virgo and he holds both American and British nationality. He’s a former actor and a musician, who’s probably still known best for his portrayal of the lead character Detective Ken ‘Hutch’ Hutchinson in the action crime series “Starsky and Hutch”, created by William Blinn and which also starred Paul Michael Glaser and Antonio Fargas. The series aired from 1975 to ‘79 following two police officers, and won four of the 10 awards for which it was nominated, including a Golden Globe nomination.

David’s still alive and well, but is no longer active in the film industry.

David was raised alongside his brother Reverent Solberg in Chicago, by their father Dr. Richard W. Solberg who was a professor at the Lutheran Church of America and a Lutheran minister, and their mother who was a teacher.

David studied at Washington High School, at which he became interested in acting, but was urged by his parents to focus on his education and pursue a college degree. Upon matriculating in 1961, he enrolled at Augustana College, but moved to Mexico City two years later, thus switching to the University of the Americas. It was while in Mexico that David was taught by his friends to play the guitar, and as soon as he returned home, he launched his career as a musician.

David obtained his Bachelor of Arts degree in 1965.

David’s known better by his acting career but has still produced a couple of big hits, such as “Don’t Give Up on Us” in 1977 which topped several charts in the US as well as in Britain, and “Silver Lady” released in the same year, which topped charts in Britain.

In only two years between 1976 and 1978, five of his singles reached the Top 20 in Britain, while two of his albums were featured in Top 10.

David spent four years touring around the US and Europe, and then chose to focus on his acting career.

David has been credited with appearing in around 85 movies and TV series, and we’re about to mention more of his notable performances.

He made his debut TV series appearance in a 1966 episode of the musical “The Lloyd Thaxton Show”, while the following years saw him appear in an episode of various series, such as the family adventure “Flipper”, the action science fiction adventure “Star Trek: The Original Series”, and the family fantasy comedy “I Dream of Jeannie”. He gained recognition in 1968, when cast to star as Joshua Bolt in the adventure western comedy “Here Come the Brides”, created by Richard Nash, and which also starred Robert Brown and Bobby Sherman.

It follows three men competing to win the heart of a single woman, and was nominated for two Primetime Emmys. David appeared in many popular series in the following years, including the action crime drama “The Streets of San Francisco” in 1972, the horror mini-series “Salem’s Lot” in 1979, and the romantic war drama “Casablanca” in 1983. In 1984, he starred as Roy Champion in the drama “The Yellow Rose”, and was in 1988 cast to star as Lieutenant Riker in the adventure mini-series “Secret of the Sahara”. The year 1995 saw him play Zoltan Kouros in the romantic adventure “Sandra, the Rebel Princess”, as well as Walter in both episodes of the historical drama mini-series “The Girls of Lido”.

He made his debut movie appearance in the 1967 drama “The Secret Sharer”, while a couple of David’s following roles were in the 1971 war drama “Johnny Got His Gun” which was a hit, winning three of the six awards for which it was nominated, including a Golden Globe nomination, the 1972 drama “Movin’ On”, and the 1973 adventure “Intertect”.

David gained recognition in the second half of 1973 with his portrayal of Davis in the critically acclaimed mystery crime action “Magnum Force”, which starred Clint Eastwood, Hal Holbrook and Mitchell Ryan, and follows a San Francisco inspector who’s tracking down vigilante cops, and was nominated for two awards. The year 1977 saw David play Lyle York, one of the lead characters in the drama “Little Ladies of the Night”, and in 1980, he portrayed Jake Seaton in the drama “Homeward Bound”.

The following years saw him appear in several mediocre movies; in 1994 he was cast to play one of the lead characters in the action thriller drama “Pentathlon”, written and directed by Bruce Malmuth, and which also starred Dolph Lundgren and Renee Coleman. It follows an Olympic gold medalist who has escaped to the US, but has been tracked down by his former coach.

Three of David’s final roles in movies before retiring from acting were in the 2010 short animated drama “Crash Bang Wallow” (voice role), the 2011 science fiction “Mermaids: The Body Found” (voice role), and the 2013 crime comedy “Filth” which was a hit, winning nine of the 23 awards for which it was nominated.

He has been featured in numerous documentaries, including the 1981 movie “Barbara Woodhouse Goes to Beverly Hills”, the 1990 TV special “Circus of the Stars #15”, and the 1998 series “Everyman”.

David has also made a guest appearance in many talk-shows, such as “The Jack Docherty Show”, “V Graham Norton” and “The Late Late Show”.

The other awards he was nominated for were a 1978 TP de Oro, Spain for Best Foreign Actor, a 2004 MTV Movie + TV Award for Best Cameo, and two TV Land Awards in 2004 and 2005 for Favorite Crimestoppper Duo, and Most Uninsurable Driver, respectively.

David exchanged vows with his first wife – American actress Miriam ‘Mim’ Russeth – in 1964; she gave birth to their daughter a couple of months later, but the marriage lasted only a year before the two divorced for unknown reasons.

In 1968, David married popular American actress Karen Carlson – she gave birth to their child, but in 1977 the two divorced. In 1980, he married Patti Carnel Sherman, who is the former wife of his colleague actor Bobby Sherman.

Patti gave birth to their three children, yet in 1986 they divorced for unknown reasons, however, it’s known that David was an alcoholic, and that he physically attacked Patti when she was seven months into pregnancy.

In 1987 he married his fourth wife, Julia Nickson, a famous Singaporean-American actress, and she gave birth to their daughter China Alexandra Soul, who’s today a popular singer-songwriter. David and Julia divorced in 1993.

In 2002, David began dating Helen Snell, and they exchanged vows on 26 June 2010. The two have been together to this day.

David has been a philanthropist since the launch of his career, and has worked with charity organizations which aim to help war veterans, improve the quality of life of captive animals, and end world hunger. He has also helped educate people about HIV.

Thank you for the great feedback on the show and for coming on this journey with us. Means a lot. pic.twitter.com/Wpcol1ckW3

David’s a huge fan of European soccer, and today cheers for Arsenal FC, while he’s attended many of their live games.

He’s keen on travelling, and has been all around the US for both work and pleasure, while the former actor has also been to many European and Asian countries. His dream travel destination is Venice in Italy.

During his younger years, David was physically very active as he was an avid skier, and also often played tennis with his friends and family.

In his spare time he’s keen on watching movies starring his favorite actor and actress – Leonardo DiCaprio and Meryl Streep – such as “Shutter Island”, “Inception” and “Kramer vs. Kramer”.

As of April 2021, his net worth has been estimated at over $1 million.