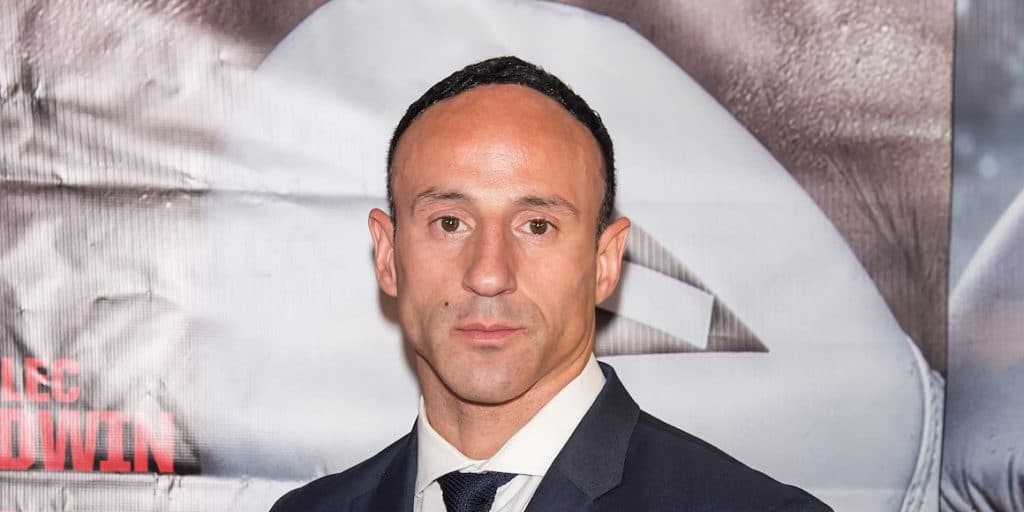 Where is Lillo Brancato now? Net Worth, Girlfriend, Arrested, Wiki

Who is Lillo Brancato?

Lillo Brancato Jr. was born on 30 August 1976 under the zodiac sign of Virgo, in Bogotá, Colombia. He is a 44-year-old American actor, probably best recognized for landing the role of Calogero ‘C’ Anello in the coming-of-age crime drama film “A Bronx Tale” (1993) and featuring as Matthew ‘Matt’ Bevilaqua in the HBO crime drama series “The Sopranos” (2000).

How rich is he, as of now? Lillo Brancato Net Worth

As of mid-2021, Lillo Brancato’s net worth is estimated at over $10,000. He acquired a large sum of money through his successful career as a professional actor, who has worked on more than 40 television and film titles since he launched his career back in 1993. However, his wealth significantly decreased when he was arrested for murder during a burglary.

Lillo Brancato was adopted by Italian-American parents when he was only four months old. His adoptive father is Lillo Brancato Sr., who was a construction worker, while his adoptive mother is Domanica, who worked as an electrolysist. He grew up in Yonkers, New York City alongside his adoptive brother named Vincent ‘Vinny’ Brancato, who briefly worked as a model and now works as a civil servant. Lillo holds both Colombian and American nationality, and belongs to the Hispanic ethnic group. Regarding his education, Lillo was a student at Mount Saint Michael Academy.

Lillo Brancato’s life completely changed in 1992, when he was spotted at Jones Beach by a talent agent who noticed his resemblance to Hollywood star Robert De Niro. He was a huge fan of De Niro and impressed the agent with his impersonation of De Niro from the 1976 film “Taxi Driver”, which earned him the role of De Niro’s son named Calogero ‘C’ Anello in De Niro’s directing debut “A Bronx Tale” (1993), a coming-of-age crime drama film that achieved limited commercial success.

It was followed by his portrayal of Pvt. Donnie Benitez in the 1994 comedy film “Renaissance Man”, directed by Penny Marshall, and his appearance as a radio operator in Tony Scott’s 1995 action thriller film “Crimson Tide”, next to Denzel Washington.

The latter was a huge box office success, grossing over $157 million against the budget of $53 million. Lillo then made his debut TV appearance, in the role of Gaetano Luvullo in the made-for-TV drama film “Firehouse” in 1996, after which he starred as a young worker in the box office hit, the 1998 action thriller film “Enemy Of The State”, alongside Will Smith and Gene Hackman.

Lillo Brancato’s first major role came in 2000, when he was chosen to play Matthew ‘Matt’ Bevilaqua in the second season of the crime drama series “The Sopranos”, created by David Chase and aired on HBO. It follows the life of the fictional Italian-American mobster Tony Soprano, portrayed by James Gandolfini, and the various difficulties he faces in his home and business life that affect his mental state, so he has to seek professional psychiatric help.

The series is considered one of the greatest TV series of all time, and received numerous accolades, including more than 20 Primetime Emmy and five Golden Globe Awards. During the same year, he played Pete in the comedy-drama film “Blue Moon”, and featured as Wheasel in the romantic comedy film “Mambo Café”, alongside Thalía and Paul Rodriguez. Besides that, he was cast as Alberto ‘Lucky’ Fema in the short-lived CBS crime drama series “Falcone”, also in 2000.

In 2001, Lillo Brancato portrayed Lenny in the comedy crime film “Sticks”, and had the part as Jimmy Pierazzi in the thriller film “In The Shadows”. He then starred in the roles of Larry in the 2002 sci-fi action comedy film “The Adventures Of Pluto Nash”, opposite Eddie Murphy, and as Lenny in the 2004 independent drama film “Downtown: A Street Tale”.

It was followed by his appearances as DJ in the independent crime film “Slingshot”, and the title role in the adventure comedy film “Searching For Bobby D”, both in 2005. His last film appearance before he was arrested was the role of Alan Delucci in the 2007 romantic comedy film “Saturday Morning”.

Lillo Brancato continued his acting career upon his release from jail in 2013, making his return with his portrayal of Nicky in the 2016 sports drama film “Back In The Day”, starring next to Alec Baldwin, Michael Madsen and William DeMeo. Thereafter, he played Zanca in the crime mystery thriller film “Dead On Arrival” (2017), a remake of the 1950 film “D.O.A.”, and featured as Bruno in the crime film “King Of Newark 2” (2018), directed by Jamal Hall.

In 2019, Lillo Brancato worked again with Jamal Hall on his action-thriller film “The Fearless Two”, in which he had the part of Tiger. He then played Sonny Finici in the 2020 crime film “5th Borough”, after which he narrated the music video for the song “City Girls” by Chris Brown featuring Young Thug. Most recently, he portrayed Johnny in the 2021 short comedy thriller film “The Phone Call”.

Regarding his upcoming projects, it’s announced that he will take such roles as Ochoa in the comedy film “Made In Mexico”, and Father Palladino in the crime film “Monsters Of Mulberry Street”, both of which are currently under post-production.

He will also appear as Mike Nolan in the action film “A Silent Order”, and Scott in the drama film “Bleeding Greed”. Furthermore, he will produce and play Tommy Moretti in the crime film “The Fury”, and produce the horror film “Zombie: The Motion Picture”.

Lillo Brancato is bald and has dark brown eyes. He stands at a height of 5ft 7ins (1.70m), while his weight is around 170lbs (77kgs). Information about his vital statistics, biceps size, and shoe size isn’t available.

Lillo Brancato dated actress and screenwriter Chanel Capra in the early 1990s. Following their split, he entered into a romance with Stefanie Armento in 2003, but the couple called it quits two years later. He is currently in a relationship with Christina Chen. The public isn’t aware of when they became romantically involved, but it’s known that they have been together for several years.

Lillo Brancato became addicted to drugs shortly after he started pursuing his career in the entertainment industry. In June 2005, he was arrested for possession of heroin that was found when he was pulled over for expired car registration. Six months later, Lillo Brancato was arrested for the murder of an off-duty police officer during a burglary in The Bronx. He was initially charged with second-degree murder, eventually found not guilty of murder, but guilty of first-degree attempted burglary, and sentenced to serve ten years in jail. His friend and partner in crime, Steven Armento, was found guilty of murder and sentenced to spend his life in prison. After serving his sentence at Oneida Correctional Facility in Rome, New York for ten years, Lillo Brancato was released on parole in December 2013.