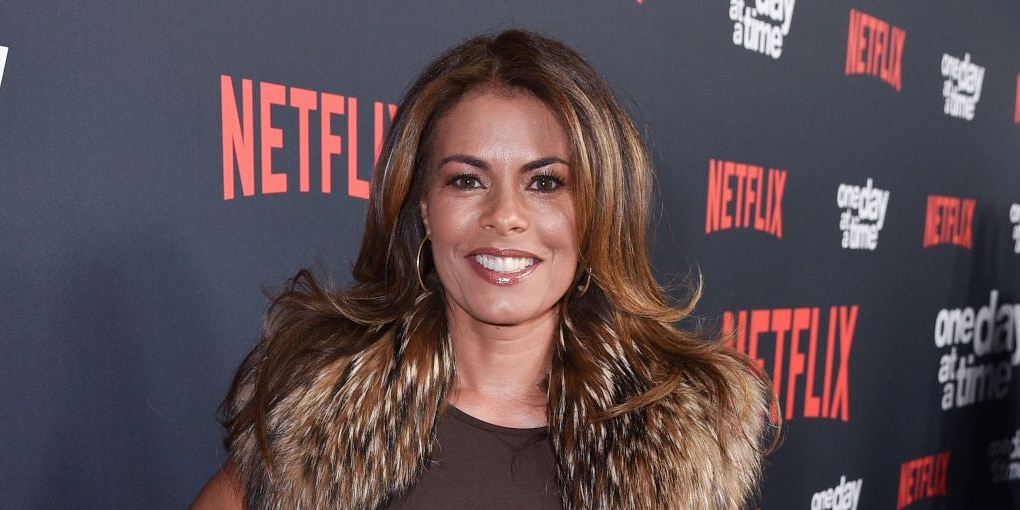 Where is Lisa Vidal now? Cancer, Net Worth, Husband, Family

Do you know who Lisa Vidal is?

Lisa Vidal has enjoyed both a successful career and love life. Her decision to pursue her passion for acting professionally paid-off in the long run and rewarded her with fame and adoring fans who can’t get enough of her acting. So who is Lisa Vidal?

She was born Lisa Vidal on 13 June 1965 in New York City, USA under the Gemini star sign. She is American by nationality and Hispanic by ethnicity. Her father is Manny Vidal, a tax worker, and her mother, Josie Vidal worked as a secretary. They both raised Lisa and her siblings in the catholic faith, which they still practise to date.

She has three siblings – Christina, who is also an actress, a brother named Christian and a sister named Tanya. They were brought up in New York, after their parents had moved from Puerto Rico.

Lisa has always had an interest in acting from a young age. She was accepted into the High School of Performing Arts where she was able to hone her skills as a young actress. When she matriculated, she didn’t bother to enrol into college, but instead went on to work with Julia Roberts, a famous actress at the Familia Theatre Company.

While there, Lisa made appearances in ‘Oye Willie’ when she was 14. She landed her television debut in the 1985 film entitled “Delivery Boys”, which opened up other roles for her in series such as “The Cosby Show” as Mrs Miron in an episode, then in 1994 she featured in the crime series “New York Undercover” in which she played the role of a news anchor named Carmen. The show ran for five years, and Lisa was able to work alongside actors such as Michael DeLorenzo and Malik Yoba.

She continued to gain more popularity as she had more acting jobs in several movies, including “Naughty or Nice”, “I Like It Like That”, “Odd Girl Out” and “Night and the City” in which she co-starred with Hollywood stars Jessica Lange and Robert De Niro. Her acting career spanned into the 2000s, and she featured in several shows and series including “ER”, a drama series that revolved around the lives of members of staff of a Chicago hospital, “The Brian Benben Show” and “The Division”, which aired over 20 episodes and earned her a nomination for her performance. Other shows she has starred in are “The Event”, “Third Watch” and “Smith”.

Her current projects include “Being Mary Jane” which has been airing on BET since 2013, and also “The Baker & the Beauty”, a romantic series adapted from an Israeli series of the same name by Azar Assi, which began airing on ABC in 2019 and is on-going. The maker of the American version, Dean Georgaris highlighted the difference between his version and the Israeli one by stating that his shows were longer than the original version, and didn’t just centre on the baker but was expanded to include the family. He added that the family series was more relatable and so he decided to add that. Lisa acts as the mother of the family, Mari Garcia and several other Latino actors are cast in the show including Carlos Gomez, Michelle Veintimilla and Belissa Escobedo.

Lisa has been married to her husband, Jay Cohen for over three decades. Being the private person she is, details of how she and her husband met have not been revealed to the public. However, they’re said to have walked down the aisle on 6 January 1990 amidst friends, family ad well-wishers.

Aside from Cohen working in real estate, not much is known about him or his background. They welcomed their first child, a boy in 1992 they named Scott. He made an appearance in the 1994 movie entitled “I Like It Like That”, but no others on-screen. Second son they named Max was born six years later, and in 2003 their daughter Olivia was born into the family.

Lisa has attributed her success in the film industry in part to her supportive husband and his role in caring for their children. The Vidals live a quiet and apparently happy life in California.

Her battle with Breast Cancer

In an interview with ‘People Magazine’, Lisa was candid about her struggle with breast cancer. She stated that her diagnosis wasn’t visible on her mammogram, and that she really wanted to speak on the subject to encourage early diagnosis and also include ultrasounds, particularly among the Hispanic community.

She added that diagnosing breast cancer through a mammogram is like looking for a snowflake in a snowstorm, so is more detectable when the case has advanced.

She remained grateful that hers was detected early, and so was treatable.

When she’s not working, Lisa enjoys travelling, photography and reading. She also had a store named ‘Oodles’ in California which sold children’s dresses, but has been shut down.

The hard-working actress has received recognition and awards for her outstanding performance in movies, including for Best Actress for her performance in the movie “Odd Girl Out” in 2006, and for ‘Best Supporting Actress’ in the television series entitled “Being Mary Jane” in 2016.

She has also received nominations for several awards, including ALMA Award’s Outstanding Actress in a Television Series in 1998, 1999 and 2002, and also Best Actress nominations by Imagen Award in 2004, 2006 and 2010.

With an acting career spanning several decades, Lisa has still managed to separate her private life from her career. She hasn’t been linked to any scandal or controversy. either personal or work-related, and has continued to maintain her good reputation in the public eye.

The stunning actress is about 5ft 3ins tall (1.60m) and weighs about 120lbs (54kgs). She has a slim build and is said to wear a US dress size 8. Her dark brown eyes are complemented by her long light brown hair.

Her net worth as of early 2020 is estimated at over $1.2 million, accrued through her successful years in the movie industry, and also through adverts across her various social media platforms. She is rumoured to take home annual income of about $500,000, depending on how many projects she takes up.

Lisa’s presence is not only felt on television screens and cinemas, but also across various social media platforms. She is active on Instagram and keeps her over 100,000 followers updated on her projects through her account @thereallisavidal. She also engages her over 24,000 fans on her Twitter account @thelisavidal.