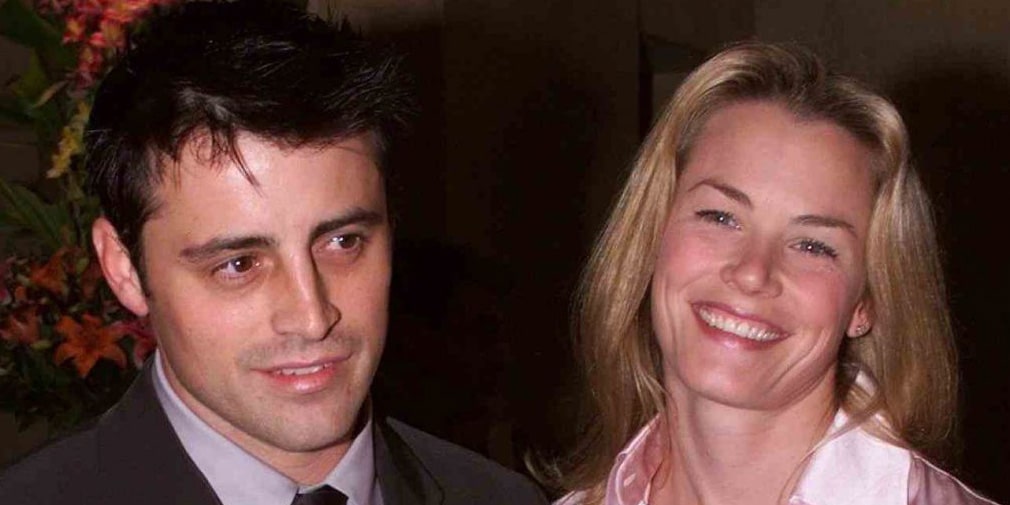 Who is Melissa McKnight?

Melissa Sue McKnight was born in England to American parents on 10 March 1965 – her zodiac sign is Pisces and she holds American nationality. She is an actress and a model, but who might be known best for being the now ex-wife of American actor and comedian Matt LeBlanc.

Melissa was raised in the US by her parents who were both very wealthy – as she hasn’t talked about having any siblings, it’s believed that Melissa’s an only child.

She grew up dreaming about becoming a famous model, and was physically active mostly to stay fit and be ready for when to launch her modelling career. Melissa attended a local high school when she was noticed by a scout who helped her sign her first modelling contract and upon matriculating in 1983, she didn’t pursue a college degree, but devoted her time to modelling.

Career as an actress and a model

After gaining recognition, Melissa could’ve been seen featured on the cover page of various popular magazines, including “Vogue”, “Elle” and “Cosmopolitan”.

She moved to acting in the early 2000s, but has been credited with only a single role. In 2001, she portrayed The Walking Girl in the musical comedy “Triangles and Tribulations” written and directed by Amine Bitar, and which starred Ken Jones, Christine Jones and Kyley Jones. It follows Ken Jenkins who is a history professor and is dreaming about becoming a professional triangle player one day.

Since then, Melissa has been staying away from the media’s attention, and nothing about her career after the year 2006 is known.

In 1990, Melissa married her long-term boyfriend Anthony Robert Esposito. Around a year later, she gave birth to their son Tyler Esposito, while their daughter Jacqueline Esposito followed in 1995. However, Anthony and Melissa divorced in 1996, for unknown reasons.

In 1997, Melissa was introduced to Matt LeBlanc by his friend, and they dated for less than a year before Matt asked her to marry him. The wedding took place years later on 3 May 2003, and on 8 February 2004, Melissa gave birth to their daughter Marina Pearl LeBlanc. Marina began having seizures after turning eight months, but her condition improved in the following two years. Yet agaim, Matt and Melissa divorced on 6 October 2006 for unknown reasons.

Perhaps surprisingly, Melissa subsequently reconciled with her first husband, and remarried Anthony, although the date of the wedding has been kept a secret. It has been reported that the two have separated as of early 2020, but haven’t divorced.

As of January 2021, Melissa is still married to Anthony Robert Esposito although they aren’t living together, and she has three children, two of whom with Anthony and one with Matt LeBlanc.

Melissa likes to dance and sing, and began taking lessons of both while in her early teenage years. She was a huge fan of parties in her 20s and 30s and also enjoyed going to concerts with her friends.

She is keen on travelling, and has been all around the US for both work and pleasure, while her modelling career has also taken her to various European countries, including Italy, Spain and France.

Melissa is a cat-lover and has two pet cats and a pet dog. She has volunteered at various animal shelters, and her favorite animals are monkeys.

In her spare time she’s keen on watching movies, and her favorite actor and actress are Tom Hanks and Meg Ryan, while a couple of her favorite movies are “Sleepless in Seattle”, “You’ve Got Mail” and “Everything Is Copy”.

Who is Matt LeBlanc?

Matthew Steven LeBlanc was born in Newton, Massachusetts USA, on 25 July 1967 – his zodiac sign is Leo and he holds American nationality.

He is perhaps still known best for his portrayal of Joey Tribbiani, one of the lead characters in the romantic comedy series “Friends” created by David Crane and Marta Kauffman, and which also starred Jennifer Aniston, Courteney Cox and Lisa Kudrow. It follows six friends living in two Manhattan apartments as neighbors. The series was a huge hit, winning 77 awards including one Golden Globe, while it was nominated for 220 other awards. For his performance, Matt was nominated for three Primetime Emmy Awards.

Matt was raised in Newton alongside his brother Justin, by their father Paul who was a mechanic, and their mother Patricia who worked as an office manager. Matt studied at Newton North High School, and then after matriculating moved to New York to work on his career as a model – however, he was told he was too short for a model.

One time while walking to his friend’s apartment, Matt met a ‘cute girl’ as he described her, and she explained that she was going to an acting class. Matt agreed to go with her, and not long after that became an actor, first appearing in various TV shows and commercials, before winning the role of Joey in “Friends”, and becoming famous in both the US and Europe.

His first recurring role came in 1991, when he portrayed Vinnie Verducci in the critically acclaimed comedy series “Married… With Children”, and the following years saw him appear in various comedy series, including “The Red Shoe Diaries”, “Top of the Heap” and “Vinnie & Bobby”. In 2004, he was cast to star as Joey in the aforementioned eponymous romantic comedy series “Friends”, created by Shana Goldberg-Meehan and Scott Silveri, and which also starred Paulo Costanzo and Drea de Matteo.

It follows Joey as he moves to Los Angeles to work on his acting career. It won two awards and was nominated for three others including one Golden Globe, but after it wasn’t renewed for a fourth season in 2006, Matt stated he was taking a one year break from acting, which then turned into five years.

He came back to acting in 2011 when he portrayed ‘a fictional version of himself’ in the comedy series “Episodes”, created by David Crane and Jeffrey Klarik, and which also starred Stephen Mangan and Tamsin Greig. It follows several TV producers from Britain who come to Hollywood to export their TV series.

For his performance, Matt won a Golden Globe Award for Best Actor in a Television Series, Musical, or Comedy, while he was also nominated for four Primetime Emmy Awards. The series aired until 2017.

Matt has won a total of seven awards and been nominated for 31 others.

Since 2016, he has been in a relationship with Aurora Mulligan who is 17 years younger than him, and was born in Northern Ireland. She holds a degree in political science and government from Liverpool University, and is a TV producer, known for her work on the series’ “Charley Boorman’s USA Adventure” and “Top Gear”.