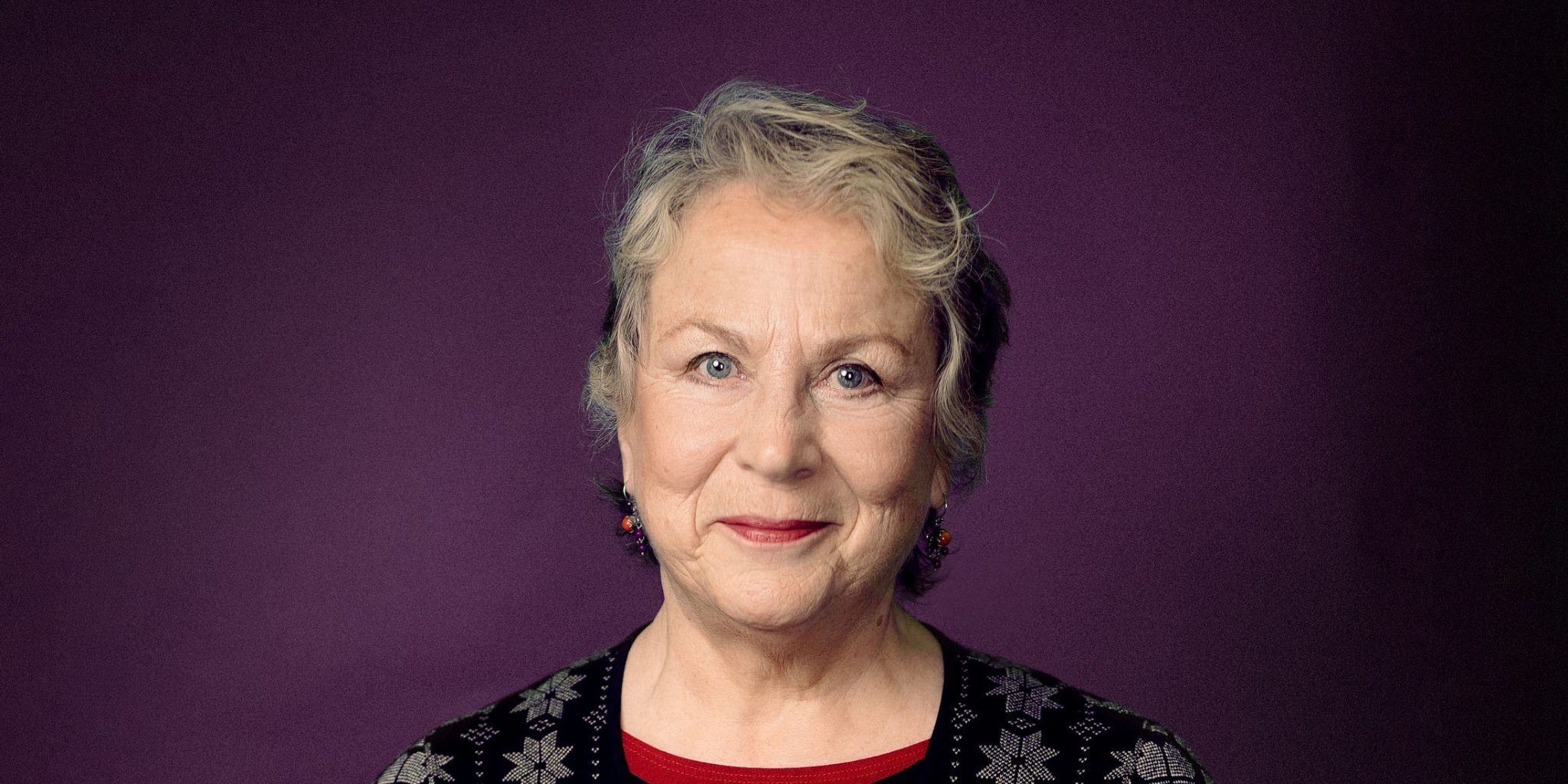 Where is Pam Ferris now? Net Worth, Husband, Family, Biography

Who is Pam Ferris?

Pamela E. ‘Pam’ Ferris was born on 11 May 1948 under the zodiac sign of Taurus, in Hanover, Lower Saxony, Germany. She is a 73-year-old British actress, probably best recognized for landing the role of Miss Agatha Trunchbull in the fantasy comedy film “Matilda” (1996), playing Aunt Marge in the fantasy film “Harry Potter And The Prisoner Of Azkaban” (2004), and featuring as Sister Evangelina in the BBC period drama series “Call The Midwife” (2012-2016).

How rich is she, as of now? Pam Ferris Net Worth

As of mid-2021, Pam Ferris’ net worth is estimated at over $6 million, acquired through her successful involvement in the world of entertainment as a professional actress, who has garnered over 70 television and film acting credits since she launched her career in the early 1970s.

Pam Ferris was born in Germany, but was raised in the village of Aberkenfig, near Bridgend in Wales by her parents, then when she was 13, the family migrated to New Zealand, including her sister named Barbara. The name of her father is Frederick John Ferris, who served in the Royal Air Force, and worked as a policeman, while her mother is Ann Ethel Perkins and she worked in the family bakery business. She holds both German and British nationality, and belongs to White Caucasian ethnic group. Pam hasn’t shared any details about her education.

Pam Ferris initially worked in reportory during the time she lived in New Zealand.

She returned to the UK at the age of 22 and started performing in various regional theaters. She then made her debut film appearance with the role of Deirdre in the drama “To Love A Maori” in 1972, while her next starring role came after more than a decade, when she played Mavis in the made-for-TV comedy-drama film “Meantime” (1983), directed by Mike Leigh. It was followed by her portrayal of Mrs Smeth in the made-for-TV war drama film “The House” in 1984.

Her first major role was in 1985 as Nesta in the ITV drama series “Connie”, next to Stephanie Beacham and Brenda Bruce, and later that year, she featured as Marian Blake in the made-for-TV comedy film “Star Quality”.

In 1987, she was cast as Grace in the four-episode drama TV miniseries “Lizzie’s Picture”, after which she made numerous guest appearances in such TV series as “Hardwicke House”, “The Fear”, and “South Of The Border”, among others. She then starred in the role of Mrs Arkwright in the BBC drama miniseries “Oranges Are Not The Only Fruit”, directed by Beeban Kidron, and based on her semi-autobiographical novel of the same title; the series received the British Academy of Film and Television Arts award for Best Drama.

Pam Ferris gained popularity in the early 1990s, by landing the main role of Florence ‘Ma’ Larkin in the ITV comedy-drama series “The Darling Buds Of May”, starring alongside David Jason, Philip Franks and Catherine Zeta-Jones, in three seasons from 1991 to 1993.

It was followed by her appearances as Mrs Dollop in the BBC adaptation of George Eliot’s novel “Middlemarch”, and Eleanor Ramsay in the Channel 4 drama miniseries “The Rector’s Wife”, both in 1994. Her next significant role came two years later, when she played Miss Agatha Trunchbull in the fantasy comedy film “Matilda”, produced and directed by Danny DeVito and based on the popular children’s novel of the same title by Roald Dahl. For her performance, Pam received a Saturn Award nomination for Best Supporting Actress.

The same year, she featured as Mrs Markham in the BBC drama miniseries “The Tenant Of Wildfell Hall”. Thereafter, Pam took the role of Peggy Snow in the ITV drama series “Where The Heart Is” (1997-2000), which earned her three National Television Award nominations for Most Popular Actress.

Concurrently, she continued to work on other projects; in 1998, she was cast as Mrs. Boffin in the BBC drama miniseries “Our Mutual Friend”, based on Charles Dickens’ novel of the same title.

In 2002, Pam had the part of Marion Eustace in the BBC drama series “Paradise Heights” and played Tommy Cotter in Danny DeVito’s satirical black comedy film “Death To Smoochy”, sharing the screen with Robin Williams and Edward Norton. Her next major roles came as Pat Fletcher in the BBC drama series “Clocking Off” in 2003, which was a critical success, and Laura Thyme in the ITV mystery thriller series “Rosemary & Thyme” (2003-2006), opposite Felicity Kendal.

In 2004, she was chosen to portray Aunt Marge in the third installment of the “Harry Potter” franchise, entitled “Harry Potter And The Prisoner Of Azkaban”, alongside Daniel Radcliffe, Rupert Grint and Emma Watson – tThe film was a huge box office success, grossing over $790 million worldwide against the budget of $130 million.

Next followed her portrayals of Miriam in the critically acclaimed sci-fi action-thriller film “Children Of Men”, and Grace Poole in the BBC adaptation of Charlotte Bronte’s novel “Jane Eyre”, both in 2006. Two years later, Pam appeared as Vera in the mystery thriller film “The Other Man”, next to Liam Neeson and Antonio Banderas, and as Mrs Hortensia General in the BBC period drama series “Little Dorrit”. In 2009, Pam starred in the role of Doochey in the fantasy adventure film “Malice In Wonderland”, and as Mrs Bevan in the Christmas musical comedy film “Nativity!”, which she would later reprise in its 2012 sequel, entitled “Nativity 2: Danger In The Manger”.

In 2012, Pam Ferris played Mrs Bradley in the crime thriller film “The Raven”, directed by James McTeigue, then  later that year joined the main cast of the BBC period drama series “Call The Midwife” as Sister Evangelina, until 2016. At the time, she also did the voice-overs of Mrs Claus in the animated comedy film “Saving Santa” (2013), and Mrs. Bennet / Aunty Betty in the animated biographical film “Ethel & Ernest” (2016).

Recently, Pam was cast as Queen Victoria in the 2018 mystery comedy film “Holmes & Watson”, alongside Will Ferrell and John C. Reilly, and took the role of Mrs Faulkner in the 2019 biographical drama film “Tolkien”, directed by Dome Karukoski and based on the life of the legendary writer J.R.R. Tolkien.

Pam Ferris is a married woman and her husband is Roger Frost. He’s also an actor, known for his work on “Time Bandits”, “The Bourne Identity”, and “The Wolfman”. The couple met when both of them worked at the Royal Court Theater in London back in 1983; they exchanged wedding vows at a ceremony held in August 1986; they don’t have children. They lived for many years in Golders Green, London before moving to Elham, near Canterbury, Kent.