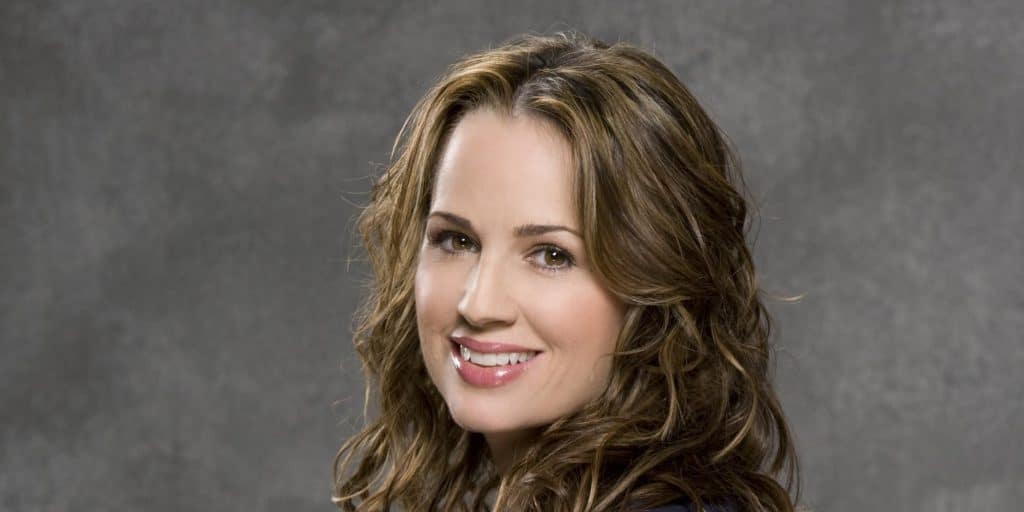 Where is Paula Marshall now? What is she doing today? Biography

Who is Paula Marshall?

Paula Marshall is an American actress who is perhaps still best known to the world as Dr. Janine Barber in the TV series “Hidden Hills” (2002-2003), but also as Allison Brooks in the TV series “Gary Unmarried” (2008-2010), among a number of other roles that she’s secured in her career.

Where is Paula Marshall Now? What is She Doing Today?

Paula is still active today as an actress, living in Los Angeles with her husband Danny Nucci. Most recently, Paula featured in a couple of episodes of the TV series “9-1-1”, and also showcased her acting skills in the popular TV comedy series “Modern Family”. Furthermore, she is working on the horror film “Malignant”, which is scheduled for release in September 2021.

Paula Marie Marshall was born on 12 June 1964 under the Gemini zodiac sign, in Rockville, Maryland USA. She’s the daughter of James Gerard ‘Jim’ Marshall and his wife Betty. Of Irish, Austrian and Serbian ancestry, Paula is a younger sister of the infamous politician Bob Marshall, known for his support of the ‘bathroom bill’ proposal, which meant that transgender people will have limited access to public restrooms that correspond with the sex on their birth certificate. However, he lost his position to Democrat Danica Roem, who is the first transgender in the state legislature of Virginia, USA.

Paula matriculated from Robert E. Peary High School in Rockville in 1982, after which she enrolled at Montgomery College, graduating in the mid-‘80s.

Paula made her acting debut in 1990, with a minor role in the TV series “True Blue”, and continued appearing on TV, including playing Iris West in the short-lived series “The Flash”, also in 1990. After a few more television roles, Paula portrayed Terri in the horror film “Hellraiser III: Hell on Earth” (1992), and the same year was selected as Jill Gordon in the TV series “Life Goes on”. In 1993 she guest-starred in the TV comedy series “Sharon”, and appeared in the horror film “Warlock: The Armageddon”.

She was Karen in the 1996 comedy-drama film “A Family Thing”, starring James Earl Jones, Robert Duvall and Michael Beach, while in 1997, Paula worked on several successful projects, including the TV series “Chicago Sons”, in which she portrayed Lindsay Sutton, and played Laurie in the TV series “Spin City”.

Paula continued quite successfully before the ending of the ‘90s, securing one of her most popular roles as Dr. Claire Allen in the TV romantic comedy-drama series “Cupid”, in which she starred with Jeremy Piven and Jeffrey D. Sams, while she also played Dana Plant in 11 episodes of short-lived comedy crime-drama series “Snoops” (1999).

Next, Paula was Dr. Janine Barber in the TV comedy series “Hidden Hills”, co-starring Louis Ferreira and Stacy Galina, and continued with television roles, first as Rebecca James in the crime mystery-drama series “Veronica Mars” (2004-2006), and then as Dr. Regina Barnes in the short-lived, yet Primetime Emmy Award-nominated TV comedy series “Out of Practice” (2005-2006). She was then Sonja in the TV comedy-drama series “Californication” (2007-2008), while later in 2008 she was selected for yet another successful role, this time as Allison Brooks in the TV comedy series “Gary Unmarried”, appearing in all three episodes of the Primetime Emmy Award-nominated mini-series with Jay Mohr and Ryan Malgarini.

In 2010, Marshall played Cynthia Bardo in the comedy-crime film “Miss Nobody”, starring Leslie Bibb, Adam Goldberg, and Kathy Baker, while the following year she guest-starred in the medical-drama series “House”, as Julia Cuddy, sister of Lisa Cuddy. She carried on with guest-starring roles, and in 2012 appeared in the popular crime procedural-drama series “CSI: Crime Scene Investigation”, and in the next year appeared as Paula, Alan Harper’s transgender girlfriend in the TV comedy series “Two and a Half Men”.

In 2017, Paula was Diane in the comedy film “We Love You, Sally Carmichael”, and in 2019 she played Marsha Jacobs in five episodes of the TV drama series “Euphoria”, starring Zendaya, Hunter Schafer and Jacob Elordi.

When it comes to her personal life, Paula has a failed marriage behind her. She was married to actor, director, writer and actor Tom Ardavany from 1989 until 1998. They didn’t have children.

After her divorce, Paula started a romantic relationship with actor Danny Nucci, best known to the world as Hugo Diaz in the film “Alive”, and as Fabritzio in the film “Titanic” (1997 – the two married in 2003, and since then have welcomed a daughter, Maya born in March 2005, when Paula was 40 years old.

As of mid- 2021, Paula Marshall’s net worth has been estimated to be around $3 million, earned through her successful career as an actress, during which she has appeared in more than 70 film and TV titles.

Paula has been pro-vaccine since the start of the pandemic, and has talked about people who promote conspiracy theories, saying that others should stop following them and trusting what they are speaking. She has also supported the LGBTQ community, and was an Obama supporter, and is now behind Kamala Harris, remaining a Democrat, despite her brother being a life-long Republican. To speak further of her political activity, Paula is also anti-Trump and has expressed her dissatisfaction with the former President numerous times on her official Instagram page.

She loves to read in her free time, and is now more focused on her family rather than her career. Nevertheless, she is still active as an actress, and finds time for everything.