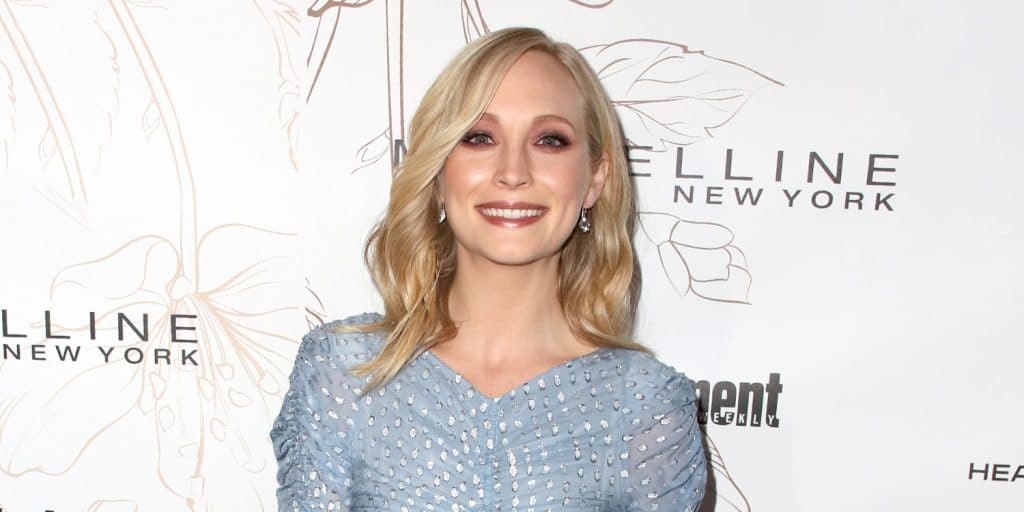 Who is Candice King?

Candice Rene King (nee Accola) was born in Houston, Texas USA, on 13 May 1987 – her zodiac sign is Taurus and she holds American nationality. She’s an actress and a singer-songwriter, who’s probably known best for her portrayal of Caroline Forbes in the critically acclaimed fantasy horror series “The Vampire Diaries”, created by Kevin Williamson and Julie Plec, and which starred Paul Wesley, Ian Somerhalder and Nina Dobrev. It follows the people living in the city Mystic Falls in Virginia which is also home to various strange creatures, including vampires. It aired from 2009 to 2017, and was nominated for 102 awards, winning 36.

Candice was raised in Houston and Edgewood, Florida alongside her younger brother Kree Thomas Accola by their father Kevin Accola who was a cardiothoracic surgeon, and their mother Carolyn (nee Clark) who worked as an environmental engineer.

Candice studied at Lake Highland Preparatory School, at which she became interested in music, and started writing her own songs. She matriculated in 200,5 and in December 2006 her debut album was released entitled “It’ Always the Innocent Ones”, however, as she then got to launch her acting career, Candice stopped working on her career as a musician.

Candice launched her acting career in 2007, with her portrayal of both Annalisa and Tom in the family action “Pirate Camp”, which failed to attract any attention, but she gained recognition later that year with her portrayal of a girl lab partner in the hit comedy drama “Juno,” written by Diablo Cody, directed by Jason Reitman, and which starred Elliot Page, Michael Cera and Jennifer Garner. The movie follows a young woman who, after an unplanned pregnancy, decides to give her child to a couple unable to have children. It won 89 awards including an Oscar for Best Original Screen Play, while it was nominated for 99 other awards.

Candice then appeared in several mediocre movies, such as the 2007 crime thriller drama “On the Doll”, the 2007 romantic comedy drama “X’s & O’s”, and the 2008 horror “Deadgirl” in which she starred alongside Shiloh Fernandez. In 2009, she was cast to play the supporting character Sharon in the romantic comedy “Love Hurts”, written and directed by Barra Grant, and which starred Richard E. Grant, Carrie-Anne Moss and Johnny Pacar. The film follows a man who has just separated from his wife, and who’s now being taught by his teenage son how to date – it won four of the five awards it was nominated for. Three of Candice’s following roles were in the 2010 crime drama “Kingshighway”, the 2011 thriller drama “The Truth About Angels”, and the 2013 music video “The Fray: Love Don’t Die”.

Her most recent movie role has been her portrayal of Kimberly in the 2020 romantic drama “After We Collided”, which stared Josephine Langford, Hero Fiennes Tiffin and Dylan Sprouse, and follows two young adults who are in love. The movie won a 2021 ReFrame Stamp for Top 100 Most Popular Narrative & Animated Feature.

Candice made her debut TV series appearance with her portrayal of Amy in the 2007 episode “Something Borrowed” of the critically acclaimed romantic comedy “How I Met Your Mother”, and the following years saw her appear in an episode of several popular series, such as the fantasy horror drama “Supernatural”, the family comedy drama “Greek”, and the comedy drama “Drop Dead Diva”.

She gained recognition in 2012, when cast to play one of the lead characters Chloe Cunningham in the comedy “Dating Rules from My Future Self”, which also starred Shiri Appleby and Alison Becker, and follows a girl who’s receiving text messages from herself who’s apparently ten years in the future. In 2018, Candice was cast to play the supporting character Caroline Forbes in the fantasy horror drama “The Originals” created by Julie Plec, and which starred Daniel Gillies, Joseph Morgan and Claire Holt. It’s a story of a group of vampires who are over a thousand years old, and want to take back from humans the city which they built. It was nominated for 13 awards, including a Primetime Emmy.

Candice’s only two other TV series roles have been in the 2018 episode “Splitting the Bill” of the short comedy “The J&T Sketch Show”, and the 2019 episode “Home” of the adventure comedy drama “The Orville”.

Candice has been credited with singing four songs in four episodes of the series “The Vampire Diaries”, between 2011 and 2015.

In 2012, she produced the episodes “The Last Shrimp” and “Time 2 Get ur Sh#t Together” of the series “Dating Rules from My Future Self”.

Candice received special thanks for the 2017 TV special “The Vampire Diaries: Forever Yours”.

Candice has made a guest appearance in various talk-shows such as “Big Morning Buzz Live”, “The Late Late Show with Craig Ferguson”, and “Fashion Police”. She has also competed in the game-show “Whose Line Is It Anyway?”

She’s currently hosting the podcast “Directionally Challenged”, which aims to answer the questions of 30-something women.

Candice has been nominated for six Teen Choice Awards for her performance in the series “The Vampire Diaries”, winning two for Choice TV: Female Scene Stealer in 2012 and 2014.

Marriage with Joe King and kids

In February 2012 at a Super Bowl event, Candice met the famous American musician Joseph Adam ‘Joe’ King ,who’s known best for being a co-founder of the popular rock band The Fray. The two were introduced by the famous Canadian actress Nikolina Kamenova ‘Nina’ Dobreva, and in May 2013, Candice and Joe became engaged, and married on 18 October 2014 in a large ceremony attended by their wide circle of friends and family members. This was Joe’s second marriage, as he was previously married to Julie, who gave birth to their two daughters, Ava and Elise.

Candice thus became the girls’ stepmother, and on 15 January 2016, she gave birth to her and Joe’s daughter Florence May, then  on 1 December 2020, they welcomed their second daughter Josephine June.

As of April 2021, Candice is married to Joe King and they have two daughters together.

There are six known men whom Candice dated before meeting Joe that the public knows about.

In 2004, she dated Tyler Hoechlin, an American actor known best for his portrayal of the lead character Michael Sullivan Jr. in the 2002 movie “Road to Perdition”. They were together for several months, then in 2005, Candice began seeing Gregory Smith, a Canadian actor, film writer and director, still known for his portrayal of Alan Abernathy in the 1998 science fiction movie “Small Soldiers”. They split after four months.

Posted by The Originals Brasil on Friday, December 29, 2017

In 2009 and 2010, Candice dated Tyler Shields, who’s a photographer and screenwriter, and she then dated Michael Rosenbaum who’s an American actor, singer and comedian, known best for his portrayal of Lex Luthor in the superhero series “Smallville”. The relationship lasted for around two months, and then Candice then began seeing Steven R. McQueen, an American actor and model known for his portrayal of Jeremy Gilbert in the series “The Vampire Diaries”. They split after several months.

Her only other relationship before meeting Joe was with Zach Roerig, an American actor popular for his portrayal of Casey Hughes in the soap opera “As the World Turns”.

Candice became interested in politics in her early 20s, and while both her mother and father are members of the Republican Party, she’s a Democrat, and supported Barack Obama during both his elections.

She’s a philanthropist who has worked with various charity organizations, while Candice’s mostly noted for her contribution to the It Gets Better Project, which aims to prevent members of the LGBT community from committing suicide. She’s also fighting to raise awareness of Lyme disease, a rash occurring from a tick bite.

Candice’s keen on travelling, and her acting career has taken her to many US states, while her dream travel destination is still Miami in Florida.

She’s a big fan of actresses Amy Adams, Ari Graynor and Evan Rachel Wood, and a couple of her favorite movies are “An American Crime”, “Nick and Norah’s Infinite Playlist” and “American Hustle”.