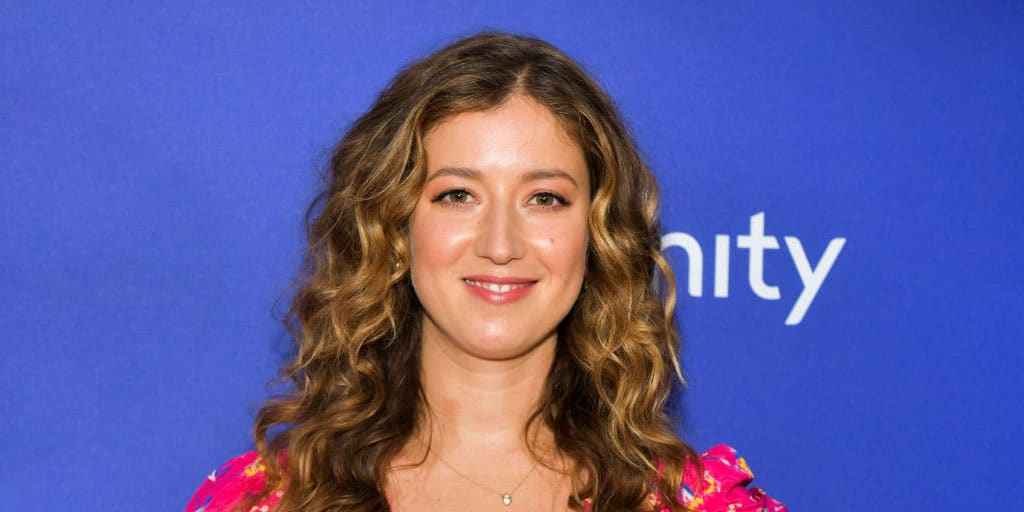 Who is Jessy Hodges?

Jessy Hodges was born under the sign of Leo on 8 August 1986, in Huntington Woods, Michigan USA. She is a 34-year-old actress, producer, and writer, probably best recognized for landing the role of Sophie in the web drama series “Anyone But Me” (2008-2012), playing Melanie Morelli in the web sci-fi comedy-drama series “Crunch Time” (2016), and featuring as Joanna in the NBC sitcom “Indebted” (2020).

How rich is she, as of now? Jessy Hodges Net Worth

As of early 2021, Jessy Hodges’ net worth is estimated at over $1 million, acquired through her successful involvement in the film industry as a professional actress, who has worked on more than 30 television and film titles since her career started back in the mid-2000s.

Jessy Hodges spent her early years in her hometown of Huntington Woods, where she was raised with her sister Ali Hodges by their father, Matt Hodges, whose profession is unknown, and her mother, Ellen Sandweiss, an actress possibly best known for starring as Cheryl Williams in “The Evil Dead” franchise. She holds American nationality and belongs to the White Caucasian ethnic group. Regarding her education, Jessy attended Berkley High School. Upon matriculation, she furthered her education at New York University’s Tisch School of the Arts, where she studied Drama.

Under the influence of her mother, Jessy Hodges developed her love for acting and performing at a very young age. She started her acting career on stage, making appearances in various productions such as “The Metal Children” at the Vineyard Theatre, “Misery And Good Fortune” at HERE Arts, and “The Great Recession” at the Flea Theatre, to name a few.

Concurrently, she started pursuing her career on film and television. According to her IMDB profile, Jessy made her debut appearance as a lost teen in Dante Tomaselli’s 2006 horror film “Satan’s Playground”, starring next to her mother Ellen Sandweiss.

Jessy Hodges’ breakthrough came in 2008, when she joined the main cast of the critically acclaimed drama web series “Anyone But Me”, directed by Tina Cesa Ward, portraying Sophie Parker until the series ended in 2011. The series broadcast on Strike.TV in 2008, and then became available on their website and other streaming platforms, such as Hulu and YouTube. Her work on the series earned her an Indie Series Award nomination in the category for Breakthrough Performance in 2011. While filming it, in 2009 she also landed the role of Sara in the short horror film “Road Of Darkness”, directed by Brian Kilby, and guest-starred as Lasker’s Assistant / Hillary in an episode of the ABC Family drama series “Greek” in 2011.

Between 2011 and 2014, she also made guest appearances as Libby in two episodes of the YouTube comedy series “Next Time On Lonny”, which earned her and other cast members a Streamy Award nomination for Best Ensemble Cast in 2014. Thereafter, she also guest-starred as Donna in the episode “I Was Made For Lovin’ You” of the ABC medical drama series “Grey’s Anatomy” (2012), and Mustard in two episodes of the HBO fantasy horror drama series “True Blood” (2013). Later that year, she portrayed Charley in the comedy-drama film “Beside Still Waters”, next to her husband Beck Bennet.

In 2014, Jessy Hodges was cast as Erin in the Fox comedy series “Enlisted”, created by Kevin Biegel, and during the same year played Story in the comedy mystery thriller film “The Sound And The Shadow”, and landed the small role of Ashley in the TV comedy mini-series “Britanick”. In 2015, she was chosen to portray the main role of Melanie Morelli in the VH1 comedy-drama series “Hindsight”; however, it was canceled after its first season.

Later that year, she guest-starred as Tabitha in an episode of the Comedy Central mini-series “Big Time in Hollywood, FL”. In 2016, Jessy made a guest appearance as Maura in the episode “Baby Bump” of the CBS sitcom “Mike & Molly”, portrayed Melissa in the short comedy-drama film “How To Lose Weight In 4 Easy Steps”, and played Hannah in the sci-fi comedy-drama web series “Crunch Time”, released on the website of Rooster Teeth.

Afterwards, Jessy featured in the role of June in the 2016 made-for-TV comedy film “Good Fortune”, and played Kendra in the 2017 horror film “Tilt”, directed by Kasra Farahani. In the same year, she also guest-starred as Molly in an episode of the Prime Video drama series “The Last Tycoon”, and a female jogger in an episode of the FXX single-camera comedy-drama series “You’re The Worst”, which was followed by her portrayal of Farrah in the Epix comedy series “Graves”, also in 2017.

In the next year, she featured as Jay in the short drama film “Games For Girls”, for which she also served as an executive producer, and then guest-starred as Courtney in an episode of the HBO drama series “Here And Now”. During the same year, she also appeared in the role of Natalie in two episodes of the Bravo comedy-drama series “Girlfriends’ Guide To Divorce”, appeared in the short comedy film “Let’s Change The Dialogue On Breastfeeding”, and featured in the music video for the song “Bitches” by Tove Lo, featuring Charli XCX, Icona Pop, Elliphant, and Alma.

After guest-starring as Ms. Bennett in an episode of the Hulu cringe comedy series “PEN15”, and a moderator in an episode of the FX sitcom “It’s Always Sunny In Philadelphia”, Jessy was cast as Lindsay Mandel in the HBO dark comedy crime series “Barry”, all in 2019. In the same year, she co-wrote and produced the short comedy film “Sundowners”, in which she also portrayed Ali alongside Peter Friedman and her mother, featured as HS Student 1 in another short comedy film, entitled “Shady Friend”, and starred in the role of Amanda in the romantic comedy-drama film “Plus One”, directed by Andrew Rhymer and Jeff Chan. Most recently, Jessy was chosen to play the main role Joanna in the NBC sitcom “Indebted” (2020), created by Dan Levy.

The famous actress has long light brown hair and dark brown eyes. She stands at a height of 5ft 7ins (1.70m), but information about her weight, vital statistics, bra, dress and shoe sizes aren’t available.

Jessy Hodges is married to Beck Bennett, an American actor, comedian and writer, best recognized for being a current cast member in “Saturday Night Live”. The two of them started dating in 2011, and after seven years the couple tied the knot at a private wedding ceremony which took place at Dawn Ranch Resort in Guerneville, California on 25 August 2018. The couple frequently share their cute photos on social media. Their current residence is in Los Angeles, California.