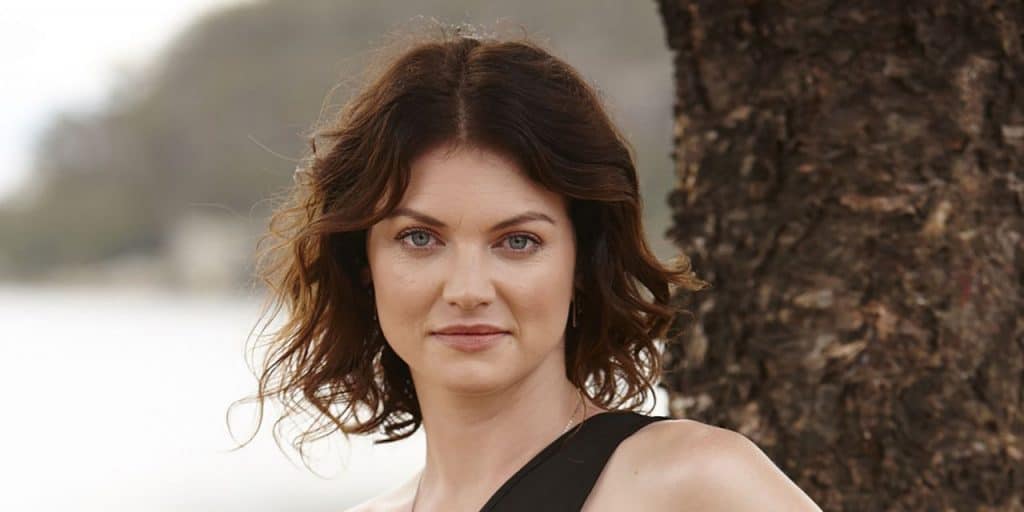 Who is Cariba Heine, aka Rikki Chadwick on H2O: Just Add Water?

Cariba Heine was born in Johannesburg, South Africa on 1 October 1988 – her zodiac sign is Libra, and she now holds Australian nationality, as her family moved to Australia when she was three years old. She’s an actress and a dancer, with over 20 acting credits to her name, while she’s perhaps still known best for her portrayal of Rikki Chadwick, one of the main characters in the critically acclaimed family fantasy series “H2O: Just Add Water”. Created by Jonathan M. Shiff, it also starred Phoebe Tonkin and Angus McLaren, and follows the lives of three girls who have been turned into mermaids; the series aired from 2006 to 2010, and won two of the eight awards for which it was nominated.

Cariba was raised in Australia alongside her older brother Kyle (born in 1985), by their South African parents Kevin Heine, who was a businessman, and their mother Michelle who was a showgirl; not a lot is known about Cariba’s parents, as they prefer to be left out of media.

She became interested in acting and dancing at a very early age, and her parents thus enrolled her at National Capital Acting School; Cariba was mostly interested in practicing dancing, while excelling in tap, jazz and classical ballet. She also took on gymnastics and singing, before her mother opened her own dance school, at which Cariba continued on, perfecting her skills.

She studied at Telopea Park School in Sydney, and upon matriculating in 2006, Cariba enrolled at St Clare’s College, from which she graduated with a Bachelor’s degree in 2010.

Her plan was to focus on her career as a dancer, however, after she suffered a serious hip injury in the mid-2000s, Cariba was advised by her manager to become an actress.

Cariba’s debut TV series appearance was in “H20: Just Add Water” back in 2006, while the following year saw her play Mindy, in the episode “The Boyfriend” of the comedy “Stupid, Stupid Man”. In 2008, she starred alongside Sophie Luck and Kate Bell as Bridget Sanchez, in the family drama “Blue Water High”. It follows seven teenagers who love to surf, and are attending a one-year program at Blue Water High; the series was nominated for four awards.

In 2010, we saw her play Phyllis in the episode “Home” of the adventure action mini-series “The Pacific”, and she also played Katie Hill in four episodes of the comedy “The Future Machine”.

Between 2010 and 2013, Cariba played Isabelle in the popular musical family drama “Dance Academy”, created by Joanna Werner and Samantha Strauss, and which starred Xenia Goodwin, Alicia Banit and Dena Kaplan. It follows the 15-year-old Tara Webster, who has just been accepted into a dance academy; the series won 11 of the 33 awards for which it was nominated. Cariba was then invited to play supporting characters in a couple of popular series, such as the comedy “Friendly Advice”, the drama “Hiding”, and the adventure comedy drama “Mako Mermaids”.

Most recently, in 2021 Cariba played Isabella Baker in six episodes of the comedy “Everyone Is Doing Great”.

It follows Jeremy and Seth who become famous thanks to their popular vampire TV series, while they’re now struggling to come up with a new project.

Cariba made her debut movie appearance in 2009, with her portrayal of Caroline Byrne in the crime drama “A Model Daughter: The Killing of Caroline Byrne”, then in 2010, she starred as Alex in the short drama “At the Tattooist”.

In 2011, we saw her play Ellie Carter, in the crime drama “Blood Brothers”, directed by Peter Andrikidis, and which starred Lisa McCune, Tony Martin and Michael Dorman. It follows Jeffrey Gilham who seemed to have been leading a perfect life, until he murdered his family.

A couple of Cariba’s following roles were in the 2012 action crime adventure “Bait”, the 2012 short thriller “Quietus”, and the 2016 short musical “Rough Sweat”.

Her most recent movie role has been her portrayal of Sophie, the main character in the 2018 short romantic drama “Henry & Sophie”, which follows two former lovers who have now found themselves together in a desert.

In 2005, Cariba competed in the dancing show “Strictly Dancing”.

In 2018, Cariba produced the episode “Kofi’s Choice” of the comedy series “Adopted”.

Cariba’s highly secretive when it comes to her love life, and hasn’t shared many details concerning the men whom she’s dated.

However, it’s widely known that she’s today engaged to the Australian actor and musician Jamie Timony. He’s appeared in 15 movies and TV series, perhaps known best for having starred alongside Cariba in the series “H2O: Just Add Water”. The two met on the set in 2006, but apparently didn’t start dating until a few years later. They became engaged sometime in the mid-2010s, but it doesn’t appear as they are planning to exchange vows anytime soon; it’s believed that Cariba and Jamie want to wait for marriage and children, so to focus on their acting careers.

As of August 2021, Cariba’s engaged to Jamie Timony, hasn’t married, and doesn’t have children.

Cariba’s active on Instagram, as she seems to be enjoying the attention she’s receiving from her close to 500,000 followers. She’s uploaded more than 200 pictures, most of which have been taken during her everyday life.

She loves to read books in her spare time – her favorite is “Sugar High: The Unexpected Journey of an Inexperienced Type 1 Diabetic” by Alexandra Park.

Summer is Cariba’s favorite season as she enjoys being at the beach, sun tanning and playing beach sports.

She likes to watch movies late at night, and her favorite actors and actresses are Will Smith, Leonardo DiCaprio and Rosario Dawson, while a couple of her favorite films are “Independence Day”, “Titanic” and “Seven Pounds”.