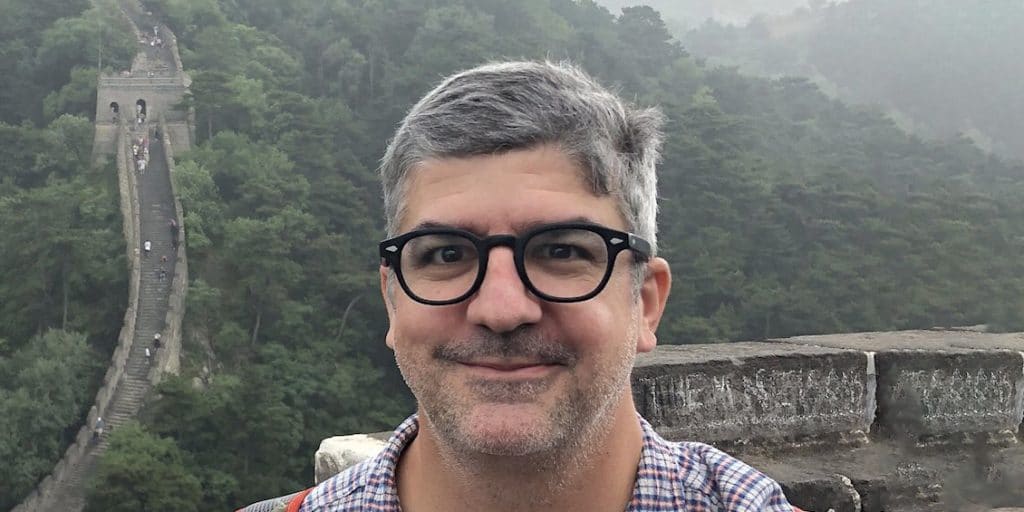 Who is Dana Snyder?

Dana Snyder was born on 14 November 1973 under the zodiac sign of Scorpio, in Allentown, Pennsylvania USA. He’s a 47-year-old actor and voice actor, producer and writer, probably best recognized for providing his voice to Granny in the Adult Swim animated series “Squidbillies” (2005-2019), Master Shake in the Adult Swim animated series “Aqua Tenn Hunger Force” (2000-2015), and Dr. Colosso in the Nickelodeon comedy series “The Thundermans” (2013-2018).

How rich is he, as of now? Dana Snyder Net Worth

As of mid-2021, Dana Snyder’s net worth is estimated at close to $5 million, earned through his successful career in the entertainment industry, who has garnered more than 95 television and film titles since he launched his career back in 2000.

Dana Snyder spent his early years in Las Vegas, Nevada, where he was raised by his parents, about whom there is no information about their names and professions; it’s also unknown whether he has siblings or is an only child. He holds American nationality and belongs to White Caucasian ethnic group. Regarding his education, Dana Snyder attended Las Vegas High School, and upon matriculating in 1992, he enrolled into the Conservatory of Theatre Arts at Webster University, Missouri, where he obtained his BFA degree in 1996.

Writer, comedian and voice actor extraordinaire DANA SNYDER is taking on Spooky Empire next month!!Some of DANA's most…

Concurrently, he worked on other Adult Swim animated series, including “Squidbillies”, portraying Granny Cuyler between 2005 and 2019, “Minoriteam”, voicing Dr. Wang in 2006, and “The Venture Bros.”, starring in the recurring roles of The Alchemist / The President from 2006 to 2019.

Dana then made guest appearances in “ER” and “Brothers & Sisters”, which was followed by his voice-overs of several characters in the Adult Swim comedy series “Saul Of The Mole Men” (2007), and Todd / Warden Shank in the G4 animated program “Code Monkeys” (2007-2008). Thereafter, he gave voice to Gazpacho in the animated TV series “Chowder” that ran on Cartoon Network for three seasons from 2007 to 2010 – it received mostly positive reviews, and won a Primetime Emmy Award.

In 2008, Dana took the small role of a baseball fan in the romantic film “If You Could Say It In Words” and voiced Belcitane in the English version of the Japanese video game “White Knight Chronicles”. Two years later, he appeared as a homeowner in the romantic comedy film “Tug” and provided his voice to Alistair in the third installment of the “Open Season” franchise, which was entitled “Open Season 3” and released direct-to-video.

At the time, he also provided his voice to several characters in the Disney Channel animated series “Fish Hooks”, created by Noah Z. Jones and broadcast from 2010 to 2013, and Leonard in the Nickelodeon animated series “The Penguins Of Madagascar” from 2010 to 2015. Besides that, he voiced Kawa in the English version of the Japanese anime “A Letter To Momo” (2011), and Gremlin Jamface in the Disney platform video game “Epic Mickey 2: The Power Of Two” (2012). He then produced and starred as Winston in the sci-fi comedy TV series “Outlander” in 2013, and joined the cast of the Nickelodeon comedy series “The Thundermans”, in which he did the voice-over of Dr. Colosso from 2013 to 2018. Concurrently, he starred in the roles of Lucas and Troy in the Adult Swim live-action series “Your Pretty Face Is Going To Hell” (2013-2019).

Between 2014 and 2016, Dana voiced various characters in the Comedy Central adult animated comedy sketch series “TripTank”, which he also created. He provided the voice fo Garthog the Demon in the 2015 adult animated fantasy comedy film “Hell And Beck”, and to the supervillain Penguin in the animated TV series “DC Super Friends”, which he reprised in the 2015 direct-to-video superhero animated film “Batman Unlimited: Animal Instincts”, and its 2016 sequel “Batman Unlimited: Mechs Vs. Mutants”. It was followed by his voice-over of McSweats and additional characters in the Disney XD animated series “Pickle And Peanut” (2015-2018).

In 2016, Dana played Mr. Funkus in the Disney XD comedy series “Gamer’s Guide To Pretty Much Everything”, alongside Cameron Boyce, after which he voiced Graballa the Hutt in the Disney XD animated series “Lego Star Wars: The Freemaker Adventures” (2016-2017), which he would later reprise the role in the 2021 made-for-TV film “Lego Star Wars Terrifying Tales”.

He then provided his voice to Plastic Man and Penguin in the Cartoon Network animated series “Justice League” (2016-2018), Wendell Wasserman and Edward Hopper in the Nickelodeon animated series “Welcome To The Wayne” (2017-2019), and Dr. Greyman in the Cartoon Network animated series “OK K.O.! Let’s Be Heroes” (2017-2019). Afterwards, he did the voice-overs of Skip Taylor in the direct-to-video animated comedy mystery film “Scooby-Doo! And The Gourmet Ghost” and Fat Paul in the adult animated comedy streaming series “Dallas & Robo”, released on YouTube Premium, both in 2018.

Also in 2018, he started providing the voice to Stanley Hopson and Dusty Marlow in the Netflix adult animated sitcom “Paradise PD”, which is still on air. Two years later, he lent his voice to several characters in the Cartoon Network animated series “ThunderCats Roar”, after which he had the main voice roles of GrandPat Star in the Nickelodeon animated series “The Patrick Star Show”, which is a spin-off from “SpongeBob SquarePants”, and Scratch in the Disney Channel animated comedy series “The Ghost And Molly McGee”, both in 2021.

Apart from his work in film and on TV, Dana Snyder has also performed on stage. Between 2010 and 2011, he was cast as Max Bialystock in the musical “The Producers” at both the Arrow Rock Lyceum Theatre and the Riverside Theater.

He also starred in the Lyceum Theatre productions of “Damn Yankees”, “The Sound Of Music”, and “Run For Your Wife”, all in 2011. He has also performed with Cincinnati Playhouse in the Park, Repertory Theatre of St. Louis, and Cleveland Play House. Furthermore, Dana has served as a co-host for such podcasts as “Drunk On Disney”, and “Dino And Dana’s Safe Space Starring Spencer and Tish”.

Dana Snyder is married to Christine ‘Sweety’ Ciccone; the couple tied the knot at a ceremony held in August 2005. They welcomed a daughter in June 2014, and all are still going strongly. The family currently resides in Los Angeles, California. Talking about his appearance, Dana has short dark brown hair and dark brown eyes, stands at a height of 6ft 1ins (1.85m), but information about his weight, vital statistics, biceps size, and shoe size isn’t available.