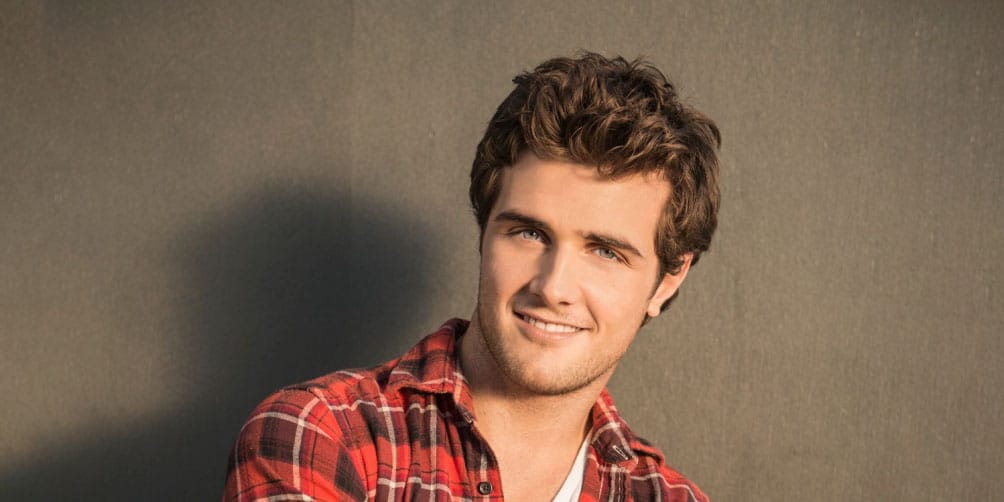 Who is dating Beau Mirchoff? Is he gay? Relationships, Net Worth

Who is Beau Mirchoff?

If you’re a fan of the drama series “Good Trouble”, then you must remember Jamie Hunter, portrayed by Beau Mirchoff, the American-Canadian actor additionally known for his roles in the TV series’ “Awkward” and “New Apocalypse”. He was born under the Zodiac sign Capricorn on 13 January 1989, in Seattle, Washington State, USA. Beau holds American and Canadian nationality, and as of 2021, he is 32 years old.  He’s currently residing in Los Angeles.

Beau Mirchoff was born the middle child to parents Bill, a podiatrist, and Kelley, a homemaker. Not long after Beau’s birth, his parents moved to Victoria, British Columbia, Canada. Beau has two siblings a brother named Luke and a sister named Raeanna.

From an early age he developed an interest in acting and performing, and at the age of 13, he began taking acting classes in Vancouver.

The fact that he had to ride the bus for an hour and take the ferry boat to arrive in Vancouver speaks to his determination and eagerness to learn and perfect the craft. Talking of his education, he attended the Mount Douglas Secondary School, and in an interview for MTV’s series “Awkward,” he disclosed that he had gone to community college, but had dropped out after a year for undisclosed reasons.

With the intention to pursue his acting career more professionally and seriously, in 2009 he moved to L.A. and subsequently started training at the Michael Wools Studio.

Beau had actually kicked-off his career at the age of 24 in 2003, appearing in an episode of the Canadian sitcom aired on Nickelodeon entitled “Romeo”.

His next role came in 2006, when he portrayed the supporting character, Robbie Ryan, in the hit comedy/horror franchise “Scary Movie 4”. The following year, he appeared in the romantic comedy “In the Land of Women” and also landed the recurring role of Benjamin Stillman in the comedy-drama series “Heartland”, and appeared in a total of six episodes.

In 2009 he was cast as Andy in the supernatural horror film “The Grudge3”, but which generally received negative reviews, followed by his appearance in the TV movie “Stranger With My Face”. During the same year, he scored the role of Danny Bolen in the popular drama series “Desperate Housewives”, starring in 18 episodes.

The year 2011 was very busy for Beau, who appeared in various projects starting with minor appearances in the procedural crime TV series “CSI: Miami” and “The Protector”.

He additionally appeared in the teen sci-fi movie entitled “I Am Number Four”, opposite Alex Pettyfer and Timothy Olyphant. The interesting take on the novel of the same title written by Pittacus Lore received largely negative criticism, while smashing at the box office. In the same year, he starred as the main character in MTV’s teen series “Awkward”. The show ran for five seasons between 2011 and 2016, receiving numerous awards and nominations throughout its run. Beau’s portrayal of Matty McKibben earned him the Teen Choice Award in the category for TV Breakout Star: Male. Even though there were rumors about a potential sixth season, the production never confirmed it.

After appearing in an episode of the procedural crime series “CSI: Crime Scene Investigation”, Beau starred in the independent comedy movie “The Secret Lives of Dorks”, and Disney movie “The Wizards Return: Alex vs. Alex”.

In 2014 he appeared in the action movie “Born to Race: Fast Track” and the thriller movie “Poker Night”. The following year he landed minor roles in the drama film “Grass Stains” and the made-for-TV movie entitled “The Murder Pack”. Beau additionally landed the recurring role of Rick Zondervan in the period drama series “Aquarius”, appearing in three episodes.

In 2017 he starred in the movies “Party Boat” and “All Summers End”, followed by his excellent performance in the psychological horror movie entitled “Flatliners”. The next couple of years saw Beau mainly focusing on TV appearances, including the comedy series “I’m Dying Up Here”, and “The Fosters”. In 2019 he was also cast in the comedy series “Now Apocalypse” as Ford Halstead. However, the show ran for just one season, after which it was canceled for unknown reasons.

During the same year, he became a regular in the hit drama series “Good Trouble”, starring Maia Mitchell and Cierra Ramirez, the third season premiering in February 2021.

During its run, the series won the heart of many fans, who are eagerly waiting for a fourth season, but despite the fans’ eagerness and wishes, there is no declaration or any news about an additional season.

Ever since he appeared in “Desperate Housewives”, his eye-appealing physique has caused a lot of commotion for the fans who began dwelling about his sexuality. Additionally, he appeared in “Teen Wolf”, which is known for supporting the LGBTQ community, and introducing gay couples. His role in the series “Apocalypse Now” just added to the confusion, as he portrayed a straight guy who becomes a romantic interest of his gay friend. To many fans disbelief, the actor is straight and is currently in a relationship; it appears that rumors about his homosexuality were mainly spread by people who wish Beau is gay.

When it comes to his dating history, Beau briefly dated Ashley Rickards, his co-star from “Awkward”.

In 2011 he began dating the psychologist, coach, and dancer, Jenny Meinen, perhaps best recognized as the season five winner of the reality series “So You Think You Can Dance?” According to media outlets, they used to attend the same acting studio, where they met. In an interview, Beau recalled the moment when he asked her out for the first time, saying ”She was talking with these guys. I walked right into her conversation and just started laughing! She thought it was endearing, even though it probably looked like crazy behavior. I asked her to lunch the next day, and she said yes. So we went to lunch the next day!” The couple has been together for over 10 years, and are still going strong – they often share photos together on their social media accounts.

Beau’s net worth is estimated at around $2 million, acquired through his acting career.

He’s an avid dog lover who owns a black labradoodle.

When he’s not on set, he likes to travel and visit exotic places. He recently bought a horse with the intention to spend more time on the farm, exploring its perks. Additionally, he posted on his Instagram account a video that shows Beau giving his long-term girlfriend a horse as a birthday present. Judging from his fit and muscular physique, he is very active physically.

An interesting detail about him- he’s a Seattle Seahawks fan.

In addition to his numerous endeavors, Beau is an aspiring photographer whose photographs can be purchased on his site; he donates the proceeds to a carefully curated list of charities. His goal is to make the world a happier place by donating to charities, but also showcasing true nature beauty through his lenses.

Beau is very active on his social media accounts. His Instagram counts over 400,000 followers, while his Twitter account has over 250,000 followers. He posts very often, usually photos with his girlfriend and the interesting places he visits. Beau also makes appearances on his girlfriend’s IG TV videos, entitled “Therapy Thursday”, in which they discuss some notions and attitudes in relationships.