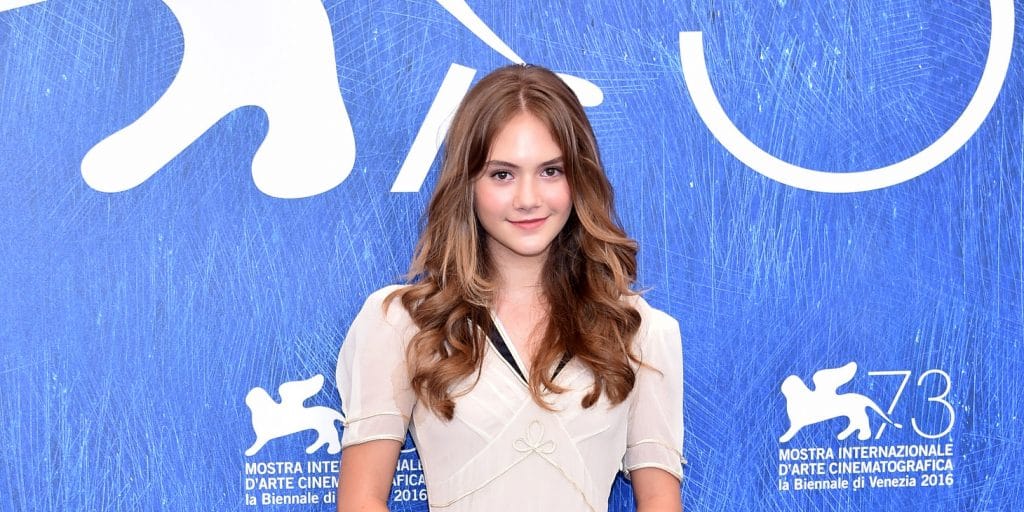 Who is Emilia Jones from ‘Doctor Who’? Boyfriend, Parents

Emilia Annis I. Jones was born in Westminster, London, England, on 23 February 2002 – her zodiac sign is Pisces and she holds British nationality. She is an actress perhaps known best for her portrayal of Merry in the 2013 episode “The Rings of Akhaten” of the critically acclaimed adventure family series “Doctor Who”, created by Sydney Newman, and which currently stars Jodie Whittaker, Peter Capaldi and Pearl Mackie. It follows the adventures of an alien who can travel through time and space. This series has been running since 2005 and has won 116 awards while it has been nominated for 209 others, but actually debuted in 1963.

Emilia is being raised in Westminster alongside her younger brother Lucas by their father Aled Jones who is a famous British singer and TV and radio presenter, and their mother Claire Fossett who is a housewife.

Emilia became interested in acting around the time when she enrolled at an elementary school, as she spent a lot of her spare time watching movies and TV series with her parents. Her mother took her to some auditions, and in 2011 aged nine, Emilia was cast to portray Young Sarah Frobisher-Smythe in eight episodes of the adventure family series “House of Anubis”, which starred Brad Kavanagh, Jade Ramsey and Tasie Lawrence, and follows a group of British students solving the mystery of their friend’s disappearance.

The role marked the beginning of Emilia’s career and she went on to focus on acting rather than on studying. Upon completing her elementary education in 2016, Emilia enrolled at a high school from which she matriculated in 2020, and it appears as she has decided not to attend college but to focus on her career.

Emilia made her debut film appearance portraying English Girl in the 2011 critically acclaimed action adventure fantasy “Pirates of the Caribbean: On Stranger Tides”, which starred Johnny Depp, Penelope Cruz and Ian McShane, and follows Captains Barbossa and Jack Sparrow as they embark on a journey to find the fountain of youth, however, the pirate Blackbeard and his daughter seem to be looking for the same thing.

The movie won three and was nominated for 31 other awards.

The same year saw Emilia portray Jasmine in the romantic comedy “One Day” which starred Anne Hathaway and Jim Sturgess, and follows the story of two best friends as they eventually fall in love and marry. In 2014, she played Lottie in the comedy “What We Did on Our Holiday”, while the following year saw her appear in several movies, including the mystery horror “Residue”, the musical comedy “Youth”, and the science fiction drama “High-Rise”.

Emilia appeared in a single movie in 2016: the mystery thriller “Brimstone” written and directed by Martin Koolhoven, and in which she starred alongside Guy Pearce and Dakota Fanning. It follows Liz who is aware that her family is now in danger after the new reverend starts preaching at their church.

The film was nominated for 23 awards winning 11. The year 2018 saw her appear in the mystery horror “Incident in a Ghostland”, the drama “Two for Joy” and the romantic comedy “Patrick the Pug”. Emilia went on to portray Orla, one of the lead characters in the 2019 historical comedy “Horrible Histories: The Movie – Rotten Romans”, while the same year also saw her star as Emma in the drama “Nuclear”, but which attracted little attention and received mixed reviews.

Emilia’s most recent appearance in a movie has been in the 2021 drama “CODA”, written and directed by Sian Heder, and in which she starred alongside Marlee Matlin and Troy Kotsur. The title stands for ‘Child of Deaf Adults’, and the film follows Ruby who is the only person in her family who can hear, and now has to choose between pursuing a career in music and staying with her parents; it won four awards.

In 2013, Emilia was cast to portray Alice Ward in eight episodes of the mystery science fiction drama “Utopia”, created by Dennis Kelly and which starred Adeel Akhtar, Paul Higgins and Neil Maskell. It follows several people who meet on the internet, and find a mysterious graphic novel while they are now tracked down by the strange organization called The Network. The series won five and was nominated for 12 other awards.

2015 saw her appear as Anne Cromwell in the episode “Three Card Trick” of the biographical historical mini-series “Wolf Hall”, which follows Thomas Cromwell as he becomes the advisor to King Henry VIII, and was a hit winning 12 awards including one Golden Globe, while it was nominated for 52 other awards. The same year saw Emilia star as Charlotte in three episodes of the mystery horror drama “Residue”, which also starred Natalie Tena and Iwan Rheon, and follows the futuristic city in Great Britain haunted by a paranormal phenomenon.

Emilia’s next role in a TV series came five years later in 2020, when she was cast to portray one of the lead characters Kinsey Locke in the fantasy horror “Locke & Key”, which also starred Darby Stanchfield and Connor Jessup, and follows a mother with three children as they move to their ancestral home after her husband’s death, and there find strange magical keys.

Emilia’s most recent role in a TV series has been in the 2020 episode “Emilia Jones” of the talk-show “Steve Varley Show”.

Emilia hasn’t spoken about her past and present relationships, as she prefers to keep her personal matters to herself, however, there are rumors circulating the internet claiming she might today be dating one of two popular actors.

One rumor has it that the actress is in a relationship with Jesse Wilson, an actor known for his portrayal of Cletus Kasady in the drama series “Venom” and Edward White in the horror thriller film “Narrative Art”.

Emilia has uploaded several pictures of them together onto her Instagram account, which is why they are believed to be dating.

Another rumor had it that she was in a relationship with Connor Jessup, alongside whom she starred in the series “Locke & Key”, and with whom Emilia has also uploaded pictures featuring them together onto her Instagram account, however… in June 2019, Connor came out as gay.

As of February 2021, Emilia seems to be in a relationship with Jesse Wilson, hasn’t married and doesn’t have children.

Emilia is a fashionista who is tries to keep up with the latest fashion trends, and so is a bit of a shopaholic, as she goes shopping for clothes several times each week.

She is physically very active, and has a couple of training sessions at the gym every week, thus her slim body. Emilia is also following a strict diet, and does yoga nearly every day.

She has her own favorite actors and actresses, some of whom are Robert Downey Jr., Tom Holland and Zendaya, and some of her favorite movies are “Iron Man”, “Spider-Man: Homecoming” and “Avengers: Endgame”.