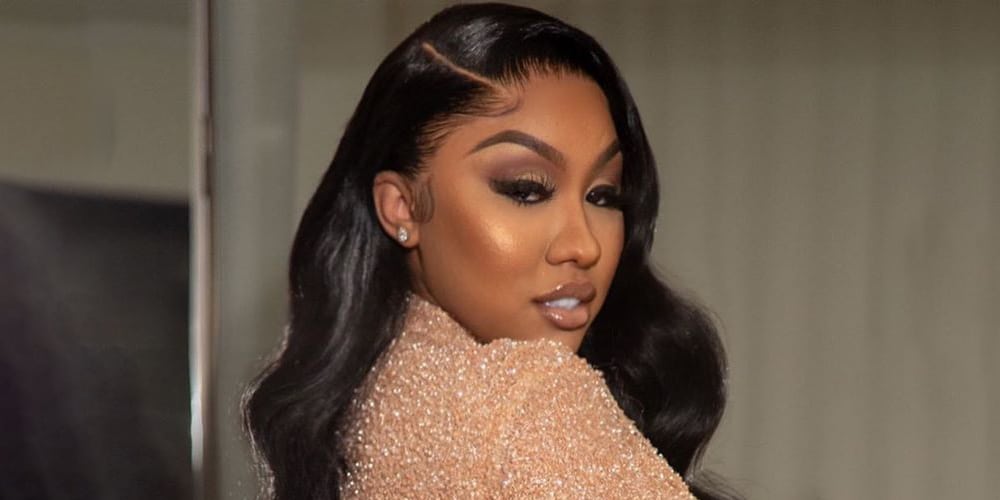 Who is Ari Fletcher?

Ariana ‘Ari’ Fletcher was born on 12 July 1995 under the sign of Cancer, in Chicago, Illinois USA. She is a 25-year-old social media personality, probably best recognized for running her official Instagram account @therealkylesister, on which she has amassed over 4.5 million followers, as well as her official Twitter account with almost a million followers. She is also known as a businesswoman, the co-owner of KYCHE Extensions.

How rich is she, as of now? Ari Fletcher Net Worth

As of late 2020, Ari Fletcher’s net worth is estimated at over $500,000, acquired largely through her successful internet-based career a model, since she collaborates with numerous companies and brands, which she promotes on her social media accounts. Her assets include a Bentley Bentayga car, and a Lamborghini truck.

Ari Fletcher spent her early years in her hometown of Chicago, apparently having a rough childhood.

She is estranged from her father, but very close to other family members – the names of her parents haven’t been revealed to the media yet. She was raised alongside her sister, Byrd Bish, and her brother, Kyle Fletcher – unfortunately he passed away when Ari was 18 years old. She holds American nationality and belongs to the African-American ethnic group. Regarding her education, Ari dropped out of school because of unspecified difficult circumstances.

Rise to Fame as a Social Media Star

Before she gained enormous popularity as a social media star, Ari Fletcher spent some time working as a waitress at Adrianna’s Nightclub, located in Chicago, to earn enough money for living.

Side by side, she launched her official Instagram account and chose the username ‘@therealkylesister’ in honor of her late brother Kyle. She started pursuing her career as a model by uploading her photos on a daily basis, showing off her curved body. As time passed, she attracted a growing number of followers thanks to her attractive appearance.

Besides that, her troubled relationship with famous rapper G Herbo, as well as her appearance in the music video for the 2018 song “Good Form” by Nicki Minaj, featuring Lil Wayne, helped expand her popularity.

With the increased number of followers, Ari began to receive business offers from various companies for collaboration. So, she started working as an Instagram model, and creating sponsored posts in which she promotes such products as clothing, cosmetics and jewelry; she currently serves as a brand ambassador for Savage Fenty and Fashion Nova. Recently, she collaborated with Born Honey, and designed her own set, called ‘Born Honey x Ari’. She is also active on her official Twitter account.

Ari has also tried herself as an entrepreneur. She teamed up with a close friend and co-founded a hair extension company called KYCHE Extensions.

However, her company became a central topic of discussion on social media, since many of her clients weren’t satisfied with the quality of the products.

Ari Fletcher was in an on-again, off-again relationship for a few years with rapper Herbert Randall Wright III, who goes by the name G Herbo. They went public with their relationship in February 2017, and in early 2018 the rapper popped the question and they became engaged. On 11 April 2018, Ari gave birth to their son Yosohn Santana Wright. However, in October of the same year, the couple parted their ways and end their engagement, allegedly because of his infidelity.

In April 2019, Ari accused him of physical abuse in front of their son, so the famous rapper was arrested. Released on $2,000 bail, he accused her of stealing his mother’s jewelry!

Ari is currently romantically involved in a relationship with rapper Demario DeWayne White, Jr., better known by his stage name Moneybagg Yo. They frequently post cute snaps on their social media accounts, and to show his love for Ari, the rapper bought her a Lamborghini truck for her birthday. In turn, she bought him a 2020 Mercedes Benz Maybach as a gift for his birthday.

In her spare time, Ari enjoys having fun with her son. She also likes swimming and traveling around the globe. Her favorite destinations are London and Mexico.

Her favorite food is chocolate, burger, and ice-cream.

Her favorite colors are pink and black.

She is an animal lover.